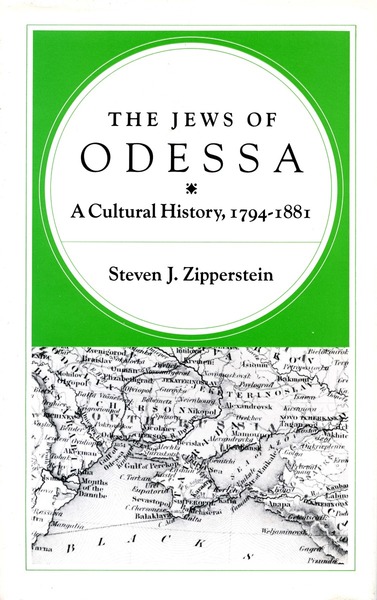 The Jews of Odessa
A Cultural History, 1794-1881
Steven J. Zipperstein

Founded in 1794 as a frontier city on the Black Sea, Odessa soon grew to be one of Russia's busiest seaports. Settlers of all nationalities went there to seek their fortune, among them Jews who came to form one of the largest, wealthiest, and most culturally fertile Jewish communities in Europe. This history of Jewish Odessa traces the rise of that community from its foundation in 1794 to the pogroms of 1881 that erupted after the assassination of Alexander II. Zipperstein emphasizes Jewish acculturation: changes in behavior, attitude, and ideology as reflected in schools, synagogues, newspapers, and other institutions of the period. The patterns set then affected the community's cultural development well into the second decade of the twentieth century. More a modern metropolis than any other Russian city with a significant Jewish population, Odessa offers a window into the diversity of Russian Jewish experience.

Steven J. Zipperstein is the Daniel E. Koshland Professor in Jewish Culture and History and Director of the Taube Center for Jewish Studies at Stanford University. He has published widely on modern Jewish history, and he is at work on a cultural history of East European and Russian Jewry from the eighteenth century to the present.

"Zipperstein draws a vivid picture of a Jewish community experiencing the pains of growth, change, and ferment by combining the best qualities of a social and intellectual historian. . . . This excellent book deserves reading by a wide audience."