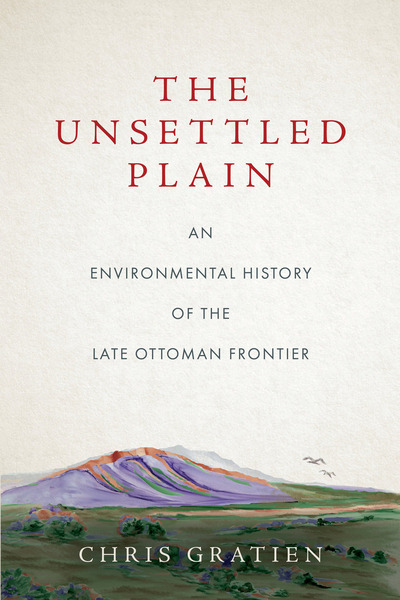 The Unsettled Plain studies agrarian life in the Ottoman Empire to understand the making of the modern world. Over the course of the late nineteenth and early twentieth centuries, the environmental transformation of the Ottoman countryside became intertwined with migration and displacement. Muslim refugees, mountain nomads, families deported in the Armenian Genocide, and seasonal workers from all over the empire endured hardship, exile, and dispossession. Their settlement and survival defined new societies forged in the provincial spaces of the late Ottoman frontier. Through these movements, Chris Gratien reconstructs the remaking of Çukurova, a region at the historical juncture of Anatolia and Syria, and illuminates radical changes brought by the modern state, capitalism, war, and technology.

Drawing on both Ottoman Turkish and Armenian sources, Gratien brings rural populations into the momentous events of the period: Ottoman reform, Mediterranean capitalism, the First World War, and Turkish nation-building. Through the ecological perspectives of everyday people in Çukurova, he charts how familiar facets of quotidian life, like malaria, cotton cultivation, labor, and leisure, attained modern manifestations. As the history of this pivotal region hidden on the geopolitical map reveals, the remarkable ecological transformation of late Ottoman society configured the trajectory of the contemporary societies of the Middle East.

Chris Gratien is Assistant Professor of History at the University of Virginia.

"The Unsettled Plain is environmental history at its finest: not just a history of rivers, mountains, and soils or climates and diseases, but all of those and something more. Chris Gratien tells the story of an empire, meticulously researched, exceptionally insightful—all grounded in the lives and lands of Çukurova."

—Sam White, author of The Climate of Rebellion in the Early Modern Ottoman Empire

"The Unsettled Plain is a pathbreaking book that takes Ottoman studies to a new level. Chris Gratien's vivid account of how the Çukurova region was settled tackles big questions about the state, capitalism, and environmental factors, without ever losing sight of the individuals who bore the brunt of the consequences."

"Chris Gratien charts an important new path for critical environmental history with The Unsettled Plain, which reflects scrupulous research in at least eight countries and multiple languages. A must-read for anyone interested in the dizzyingly complex relations between real people and the environment of which they are part."