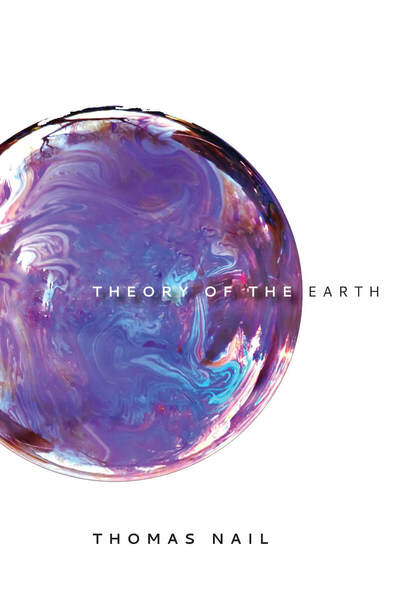 Theory of the Earth
Thomas Nail

We need a new philosophy of the earth. Geological time used to refer to slow and gradual processes, but today we are watching land sink into the sea and forests transform into deserts. We can even see the creation of new geological strata made of plastic, chicken bones, and other waste that could remain in the fossil record for millennia or longer. Crafting a philosophy of geology that rewrites natural and human history from the broader perspective of movement, Thomas Nail provides a new materialist, kinetic ethics of the earth that speaks to this moment.

Climate change and other ecological disruptions challenge us to reconsider the deep history of minerals, atmosphere, plants, and animals and to take a more process-oriented perspective that sees humanity as part of the larger cosmic and terrestrial drama of mobility and flow. Building on his earlier work on the philosophy of movement, Nail argues that we should shift our biocentric emphasis from conservation to expenditure, flux, and planetary diversity. Theory of the Earth urges us to rethink our ethical relationship to one another, the planet, and the cosmos at large.

Thomas Nail is Professor of Philosophy at the University of Denver. He is the author of The Figure of the Migrant (Stanford, 2015) and Being and Motion (2018).

"One of the most remarkable books I've read in some time. Thomas Nail forges a mode of materialist philosophy in conversation with recent, cross-disciplinary movements in the environmental humanities, generating a mode of thinking and theorizing that moves beyond the scale of human life."

"Thomas Nail has developed a much-needed, and previously underrepresented philosophy of geology. In elaborating a process theory of a kinetic earth, this book helps us imagine our planet as neither a static place of habitation nor a protective Mother Earth."

"Is ecocide, unconsciously practiced by industrio-techno-capitalist humans to their own detriment and potential extinction, a direct result of the reduction and destruction of Earth's complex energy dissipation? In an ambitious and fabulous synthesis, with a Lucretian sensibility and deep scientific rapprochement, Thomas Nail gives us back a real Earth, where life is part of a planetary more-than-human dissipative system and humans better get with the flow. A fascinating, difficult, needed scientifico-philosophical document, Theory of the Earth should interest and irritate scientists as it provides a needed provocation to much modern environmental philosophy."

—Dorion Sagan, author of Cosmic Apprentice: Dispatches from the Edges of Science

"While Anthropocene ideology focuses on the destructive action of humans on a passive Earth, Nail posits that conceptual refocusing—away from conservation toward an ethics of energy transformation—can help address the serious environmental problems we face. Though chiefly a work of philosophy, this text is accessible for any advanced reader interested in environmental meta issues. Recommended."