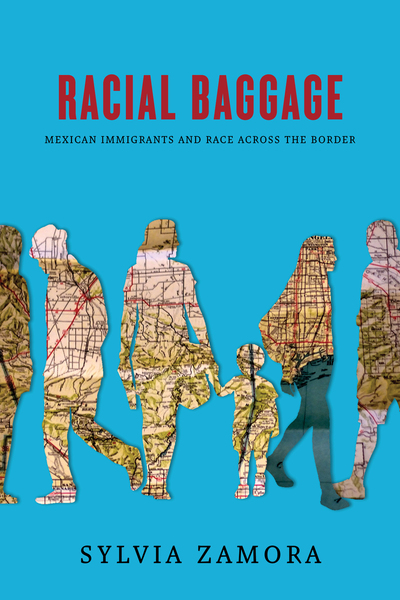 Upon arrival to the United States, Mexican immigrants are racialized as simultaneously non-White and "illegal." This racialization process complicates notions of race that they bring with them, as the "pigmentocracy" of Mexican society, in which their skin color may have afforded them more privileges within their home country, collides with the American racial system. Racial Baggage examines how immigration reconfigures U.S. race relations, illuminating how the immigration experience can transform understandings of race in home and host countries.

Drawing on interviews with Mexicans in Los Angeles and Guadalajara, sociologist Sylvia Zamora illustrates how racialization is a transnational process that not only changes immigrants themselves, but also everyday understandings of race and racism within the United States and Mexico. Within their communities and networks that span an international border, Zamora argues, immigrants come to define "race" in a way distinct from both the color-conscious hierarchy of Mexican society and the Black-White binary prevalent within the United States. In the process, their stories demonstrate how race is not static, but rather an evolving social phenomenon forever altered by immigration.

"During the Mexican Revolution, nationalizing elites forged ideas about the Mexican character, which included the mistaken notions that racism or Black people did not exist in their country. Mexican immigration has since become the largest, longest, and arguably the most marginalized in U.S. history. Through rich interviews, Sylvia Zamora uncovers how immigration and changes in both societies transform immigrant ideas about race and racism."

"Racial Baggage demonstrates how racial ideologies travel across the U.S.-Mexico border. This excellent and highly original book challenges many assumptions about how migrants develop racial awareness and offers a compelling transnational framework that represents a critical intervention in the field."

—Julie A. Dowling, author of Mexican Americans and the Question of Race