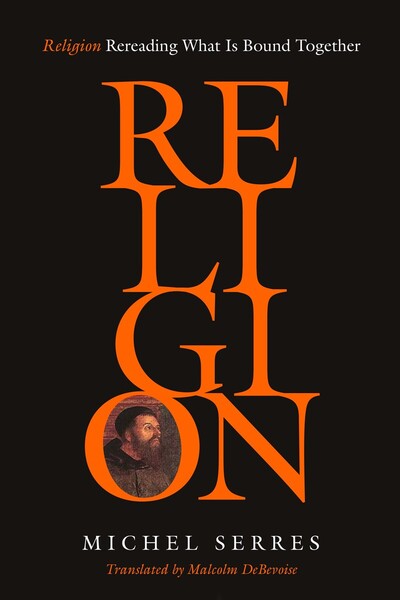 With this profound final work, completed in the days leading up to his death, Michel Serres presents a vivid picture of his thinking about religion—a constant preoccupation since childhood—thereby completing Le Grand Récit, the comprehensive explanation of the world and of humanity to which he devoted the last twenty years of his life.

Themes from Serres's earlier writings—energy and information, the role of the media in modern society, the anthropological function of sacrifice, the role of scientific knowledge, the problem of evil—are reinterpreted here in the light of the Old Testament accounts of Isaac and Jonah and a variety of Gospel episodes, including the Three Wise Men of the Epiphany, the Transfiguration, Peter's denying Christ, the Crucifixion, Emmaus, and the Pentecost. Monotheistic religion, Serres argues, resembles mathematical abstraction in its dazzling power to bring together the real and the virtual, the natural and the transcendent; but only in its Christian embodiment is it capable of binding together human beings in such a way that partisan attachments are dissolved and a new era of history, free for once of the lethal repetition of collective violence, can be entered into.

The French philosopher Michel Serres (1930–2019) was the author of more than sixty books, among them Hominescence and Malfeasance (SUP, 2010).

"A stunning book by one of the most profound and original philosophers of science of the twentieth century, written in the final moments that separate life from death. Michel Serres realized that the whole of his thought over the course of an astonishingly prolific career would be incomplete if it did not take into account the indispensable role played by religion in every aspect of human life, and he tells us why in his own inimitable way.—Jean-Pierre Dupuy, Professor emeritus of philosophy, Ecole Polytechnique, Paris