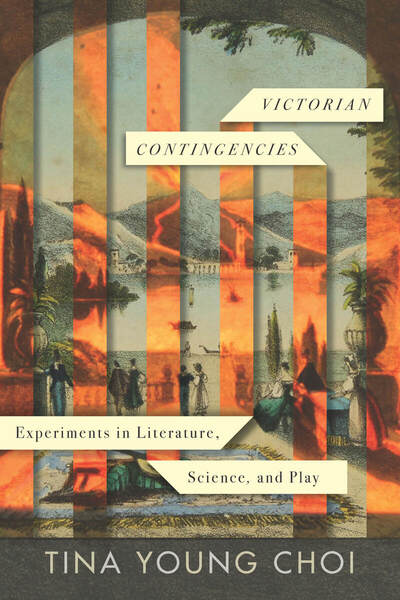 Contingency is not just a feature of modern politics, finance, and culture—by thinking contingently, nineteenth-century Britons rewrote familiar narratives and upended forgone conclusions. Victorian Contingencies shows how scientists, novelists, and consumers engaged in new formal and material experiments with cause and effect, past and present, that actively undermined routine certainties.

Tina Young Choi traces contingency across a wide range of materials and media, from newspaper advertisements and children's stories to well-known novels, scientific discoveries, technological innovations. She shows how Charles Lyell and Charles Darwin reinvented geological and natural histories as spaces for temporal and causal experimentation, while the nascent insurance industry influenced Charles Babbage's computational designs for a machine capable of responding to a contingent future. Choi pairs novelists George Eliot and Lewis Carroll with physicist James Clerk Maxwell, demonstrating how they introduced possibility and probability into once-assured literary and scientific narratives. And she explores the popular board games and pre-cinematic visual entertainments that encouraged Victorians to navigate a world made newly uncertain.

By locating contingency within these cultural contexts, this book invites a deep and multidisciplinary reassessment of the longer histories of causality, closure, and chance.

Tina Young Choi is Associate Professor of English at York University. She is the author of Anonymous Connections: The Body and Narratives of the Social in Victorian Britain (2016).

"Smart, surprising and compelling, this book was a pleasure to read. Contingency turns out to be a remarkably capacious category that touches on numerous areas of Victorian life and thought, as Choi shows through a deft handling of a multitude of materials."

"Choi is marvelously adept at making links between developments in science, mathematics, toys, and fiction... Studies like Choi's are refreshing, cutting through disciplinary barriers and disrupting overfamiliar narratives."

"Victorian Contingencies is an impressively well-researched contribution to Victorian literary studies and the history of science. As it moves from the novel to science to entertainment and play, it offers its readers a fascinating survey of the manifold engagements with chance and uncertainty across the nineteenth century. For all its resolutely historical focus, Choi's book is also timely... Not least among its points of interest is that Choi's study of the nineteenth-century encounter with contingency is good to think with as we pick our way forward into a very chancy future."

"Expansive in its conception and inviting in its execution, [Victorian Contingencies] generates a robust appreciation for how a diffuse yet palpable awareness of contingency radiated through nineteenth-century British culture."

"Choi finds the literary in scientific writing and the scientific in literary texts... Recommended."