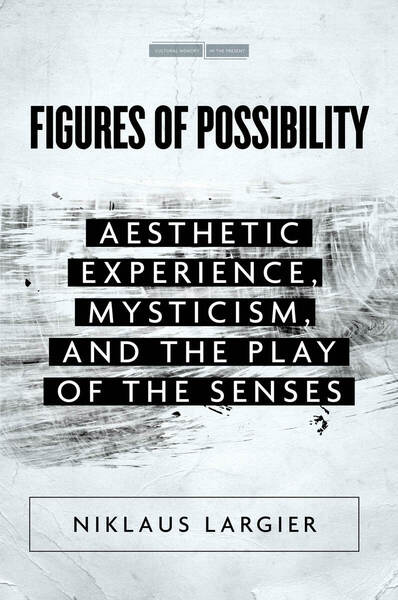 Figures of Possibility
Aesthetic Experience, Mysticism, and the Play of the Senses
Niklaus Largier
SERIES: Cultural Memory in the Present

From medieval contemplation to the early modern cosmopoetic imagination, to the invention of aesthetic experience, to nineteenth-century decadent literature, and to early-twentieth century essayistic forms of writing and film, Niklaus Largier shows that mystical practices have been reinvented across the centuries, generating a notion of possibility with unexpected critical potential. Arguing for a new understanding of mystical experience, Largier foregrounds the ways in which devotion builds on experimental practices of figuration in order to shape perception, emotions, and thoughts anew.

Largier illuminates how devotional practices are invested in the creation of possibilities, and this investment has been a key element in a wide range of experimental engagements in literature and art from the seventeenth to the twentieth century, and most recently in forms of "new materialism." Read as a history of the senses and emotions, the book argues that mystical and devotional practices have long been invested in the modulating and reconfiguring of sensation, affects, and thoughts. Read as a book about practices of figuration, it questions ordinary protocols of interpretation in the humanities, and the priority given to a hermeneutic understanding of texts and cultural artifacts.

Niklaus Largier is the Sidney and Margaret Ancker Professor of German and Comparative Literature at the University of California, Berkeley.

"This is a truly original work, grounded in wonderfully wide and deep learning. It is also a profound reflection on the ethical life and the role figuration might play within it. There is nothing like it that I know of, nor could anyone without Largier's range of learning and depth of thought have written it."

—Amy Hollywood, author of Acute Melancholia and Other Essays

"Figures of Possibility is a singular achievement, both as a work of breathtaking scholarship and as a new and exciting theory of aesthetic experience. The writing is exceptionally clear; the prose is passionate, beautiful, and compelling. Largier turns rigorous scholarship on medieval and early modern mysticism into a new approach to reading literature and aesthetic experience."