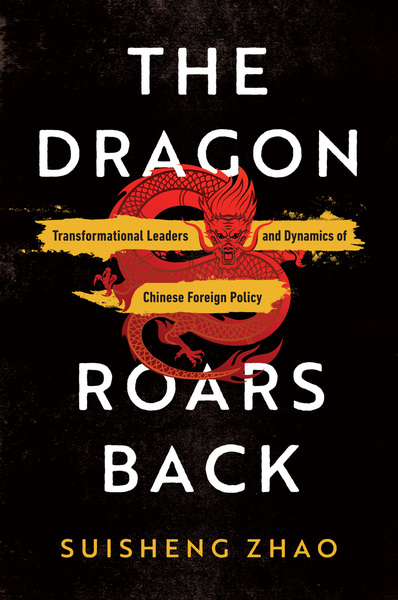 China is unique in modern world history. No other rising power has experienced China's turbulent history in its relations with neighbors and Western countries. Its sheer size dominates the region. With leader Xi Jinping's political authority unmatched, Xi's sense of mission to restore what he believes is China's natural position as a great power drives the current course of the nation's foreign policy. When China was weak, it was subordinated to others. Now, China is strong, and it wants others to subordinate, at least on the issues involving what it regards as core national interests.

What are the primary forces and how have these forces driven China's reemergence to global power? This book weaves together complex events, processes, and players to provide a historically in-depth, conceptually comprehensive, and up-to-date analysis of Chinese foreign policy transition since the founding of the People's Republic of China (PRC), arguing that transformational leaders with new visions and political wisdom to make their visions prevail are the game changers. Mao Zedong, Deng Xiaoping, and Xi Jinping are transformational leaders who have charted unique courses of Chinese foreign policy in the quest for security, prosperity, and power. With the ultimate decision-making authority on national security and strategic policies, these leaders have made political use of ideational forces, tailoring bureaucratic institutions, exploiting the international power distribution, and responding strategically to the international norms and rules to advance their foreign policy agendas in the path of China's ascendance.

Suisheng Zhao is Professor and Director of the Center for China-US Cooperation at Josef Korbel School of International Studies, University of Denver.

"Suisheng Zhao has written the authoritative account of how Mao Zedong, Deng Xiaoping, and Xi Jinping each conceived and executed three radically different eras of Chinese foreign policy. The Dragon Roars Back shows exactly how Xi is problematic for America and the West, in his harboring grievances, holding grandiose visions for the future, and negligence of the dangers his quest entails."

"The Dragon Roars Back is a masterful exploration into the inner dynamics that have driven China's international interactions since 1949. Suisheng Zhao places China's leaders at the center of his analysis—and perceptively reveals the ideational, cultural, bureaucratic, and contextual factors shaping each leaders' policy preferences. A pathbreaking study."

"Suisheng Zhao has made an enormous contribution to the literature on Chinese foreign policy. China is indeed roaring back, and the issue of how the West responds will shape the policy landscape for decades to come. We need to understand China's policy history far better than we do, and Zhao's scholarship puts all who read this on a far better course to do so."

"China's foreign policy over the seventy-plus years of the People's Republic has gone through transformations so remarkable that structural theories cannot explain them. In this deeply informed yet readable study, Suisheng Zhao shows that the twists and turns in China's relationship to the world were imposed by the powerful visions of three transformational leaders - Mao Zedong, Deng Xiaoping, and Xi Jinping. Understanding how these leaders saw the world and how they tried to change it is essential if we are to understand where Xi Jinping intends to lead China."

Book Event: The Dragon Roars Back