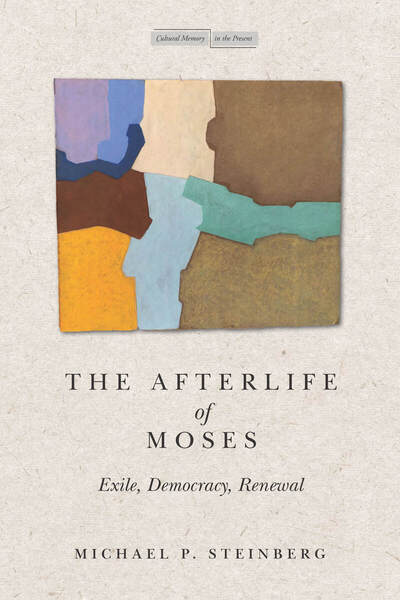 In this elegant and personal new work, Michael P. Steinberg reflects on the story of Moses and the Exodus as a foundational myth of politics—of the formation not of a nation but of a political community grounded in universal law.

Modern renderings of the story of Moses, from Michelangelo to Spinoza to Freud to Schoenberg to Derrida, have seized on the story's ambivalences, its critical and self-critical power. These literal returns form the first level of the afterlife of Moses. They spin a persistent critical and self-critical thread of European and transatlantic art and argument. And they enable the second strand of Steinberg's argument, namely the depersonalization of the Moses and Exodus story, its evolving abstraction and modulation into a varied modern history of political beginnings. Beginnings, as distinct from origins, are human and historical, writes Steinberg. Political constitutions, as a form of beginning, imply the eventuality of their own renewals and their own reconstitutions.

Motivated in part by recent reactionary insurgencies in the US, Europe, and Israel, this astute work of intellectual history posits the critique of myths of origin as a key principle of democratic government, affect, and citizenship, of their endurance as well as their fragility.

Michael P. Steinberg is the Barnaby Conrad and Mary Critchfield Keeney Professor of History, and Professor of Music and German Studies at Brown University. His recent books include The Trouble with Wagner (2018) and the coedited volume Makers of Jewish Modernity (2016), which won the National Jewish Book Award for nonfiction.

"Personal in this book in all the right ways, Michael Steinberg reaches the human and universal by turning over the German-Jewish past and connecting it to contemporary politics."

"Steinberg's application of Said's distinction between 'origins' and 'beginnings' to the Moses myth of political founding is a tour de force powerful enough to force a rethinking much beyond Freud or Assmann."