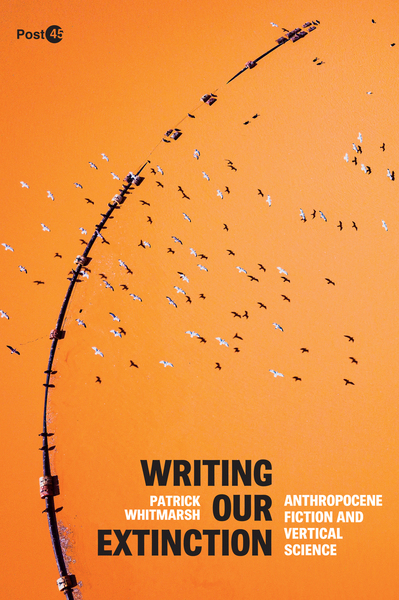 Mid-twentieth-century developments in science and technology produced new understandings and images of the planet that circulated the globe, giving rise to a modern ecological consciousness; but they also contributed to accelerating crises in the global environment, including climate change, pollution, and waste. In this new work, Patrick Whitmarsh analyzes postwar narrative fictions that describe, depict, or express the earth from above (the aerial) and below (the subterranean), revealing the ways that literature has engaged this history of vertical science and linked it to increasing environmental precarity, up to and including the extinction of humankind.

Whitmarsh examines works by writers such as Don DeLillo, Karen Tei Yamashita, Reza Negarestani, and Colson Whitehead alongside postwar scientific programs including the Space Race, atmospheric and underground nuclear testing, and geological expeditions such as Project Mohole (which attempted to drill to the earth's mantle). As Whitmarsh argues, by focusing readers' attention on the fragility of postwar life through a vertical lens, Anthropocene fiction highlights the interconnections between human behavior and planetary change. These fictions situate industrial history within the much longer narrative of geological time and reframe scientific progress as a story through which humankind writes itself out of existence.

Patrick Whitmarsh is a Visiting Assistant Professor of Environmental Humanities at Wofford College. He has published essays in MFS: Modern Fiction Studies, JML: The Journal of Modern Literature, and SFS: Science Fiction Studies.

"This brilliant book tackles a vital topic with creativity, grace, and depth. Chock full of ideas, Writing Our Extinction opens up fascinating questions about what Whitmarsh calls 'vertical science.' A crucial touchstone for current debates in ecocriticism."

"What happens when we look up? Or look down? Writing Our Extinction insists these are vital questions to ask, as it carefully shows how vertical perspectives illuminate a present ripe with the anticipation of our species' demise."