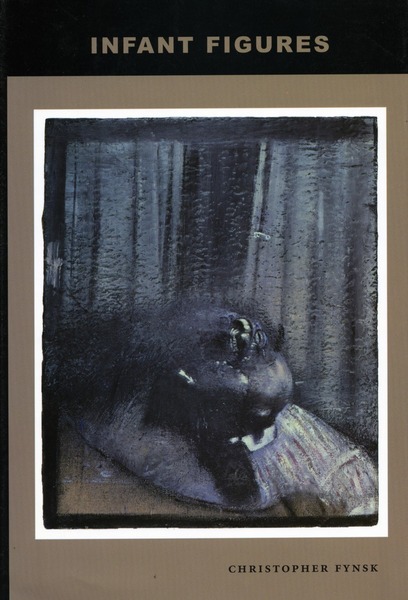 This volume juxtaposes philosophical and psychoanalytic speculation with literary and artistic commentary in order to approach a set of questions concerning the human relation to language, a relation that cannot be taken as an "object" of critical or philosophical reflection in the traditional manner. Exploring the exigencies of figuring this relation at the limits of language, the multifold writing of this volume takes the form of a "triptych" (following the model of works by Francis Bacon) rather than that of a thesis.

The central (and organizing) section of the volume contains an extended dialogue on two textual passages portraying versions of what the author describes as "the death of the infans." With the strange resonance of the "primal" or the "originary," these two scenes from works by Maurice Blanchot and Jacques Lacan invite a reflection on the mortal exposure that marks the human share in the advent of language, an exposure whose figuration is necessary to any speech or conscious life. The dialogue explores the ethical and philosophical issues that surface in a practice of writing (a "pragmatics") that engages this necessary figuration, and thus the limits of language. The latter issues are also explored in a brief essay on Antigone that concludes the dialogical fiction.

The first and third parts of the volume's triptych address artistic projects that realize in their respective ways a pragmatics like that of the central section. The first part focuses on the work of Francis Bacon, taking the motif of crucifixion as a path toward understanding his violent realism. This essay is prefaced by a consideration of the notion of cruelty to which Nietzsche appeals in The Genealogy of Morals. The third part, which juxtaposes a dialogue with a critical essay, concerns the work of Salvatore Puglia. Through Bacon and Puglia, the author seeks another approach to a figural imperative at the limits of language.

Christopher Fynsk is Professor of Comparative Literature and Philosophy at Binghamton University. He is the author of Language and Relation: . . . that there is language (Stanford, 1996) and the editor of Typography: Mimesis, Philosophy, Politics by Philippe Lacoue-Labarthe (Stanford, 1998).

"This very important meditation on the human relationships to language will assume a prominent place not only in the field of the philosophy of language but in the expanding field of trauma research. Moreover, it will serve to introduce into philosophical and psychoanalytical thought a new dimension, namely the 'thought of relation.'"

"In blending theoretical acumen with literary sensibility, Christopher Fynsk's volume makes an important contribution to the timely and ethical project of thinking otherwise than Being our human relation to language."