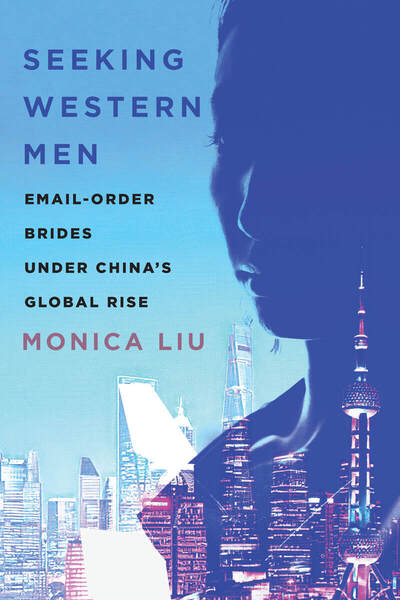 Commercial dating agencies that facilitate marriages across national borders comprise a $2.5 billion global industry. Ideas about the industry are rife with stereotypes—younger, more physically attractive brides from non-Western countries being paired with older Western men. These ideas are more myth than fact, Monica Liu finds in Seeking Western Men. Her study of China's email-order bride industry offers stories of Chinese women who are primarily middle-aged, divorced, and proactively seeking spouses to fulfill their material and sexual needs. What they seek in their Western partners is tied to what they believe they've lost in the shifting global economy around them. Ranging from multimillionaire entrepreneurs or ex-wives and mistresses of wealthy Chinese businessmen, to contingent sector workers and struggling single mothers, these women, along with their translators and potential husbands from the US, Canada, and Australia, make up the actors in this multifaceted story. Set against the backdrop of China's global economic ascendance and a relative decline of the West, this book asks: How does this reshape Chinese women's perception of Western masculinity? Through the unique window of global internet dating, this book reveals the shifting relationships of race, class, gender, sex, and intimacy across borders.

Monica Liu is Assistant Professor in the Department of Justice and Society Studies at the University of St. Thomas.

"Seeking Western Men shows how vicissitudes of global economy can be registered in the relative value of men and women seeking relationships. Liu's masterful analysis shows readers how to rethink gender, race, and class within a rapidly changing world order."

"This engaging ethnography dismantles common assumptions about the motives of female marriage migrants and the transnational appeal of both Western masculinity and Western feminism. Rather, we learn about evolving Chinese feminisms that deviate from Western models, as Chinese women pursue transnational marriages exercising their own sexual agency."

—James Farrar, author of Opening Up