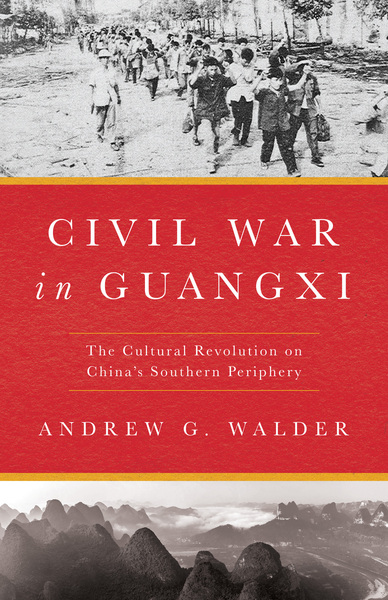 Guangxi, a region on China's southern border with Vietnam, has a large population of ethnic minorities and a history of rebellion and intergroup conflict. In the summer of 1968, during the high tide of the Cultural Revolution, it became notorious as the site of the most severe and extensive violence observed anywhere in China during that period of upheaval. Several cities saw urban combat resembling civil war, while waves of mass killings in rural communities generated enormous death tolls. More than one hundred thousand died in a few short months.

These events have been chronicled in sensational accounts that include horrific descriptions of gruesome murders, sexual violence, and even cannibalism. Only recently have scholars tried to explain why Guangxi was so much more violent than other regions. With evidence from a vast collection of classified materials compiled during an investigation by the Chinese government in the 1980s, this book reconsiders explanations that draw parallels with ethnic cleansing in Rwanda, Bosnia, and other settings. It reveals mass killings as the byproduct of an intense top-down mobilization of rural militia against a stubborn factional insurgency, resembling brutal counterinsurgency campaigns in a variety of settings. Moving methodically through the evidence, Andrew Walder provides a groundbreaking new analysis of one the most shocking chapters of the Cultural Revolution.

Andrew G. Walder is the Denise O'Leary and Kent Thiry Professor of Sociology and a Senior Fellow at the Freeman-Spogli Institute for International Studies at Stanford University. His most recent book is A Decade of Upheaval: The Cultural Revolution in Rural China (2021), co-authored with Dong Guoqiang.

"The world's leading expert on China's Cultural Revolution has written another breathtaking book. By examining one of the darkest episodes of human history, Andrew Walder not only provides a new explanation for conflict in China but also advances general theories on violence during civil war."

—Yuhua Wang, author of The Rise and Fall of Imperial China

"This important and unsettling study of the Cultural Revolution in Guangxi lays bare the dark side of China's authoritarian political system. Through careful analysis of newly available primary sources, Walder convincingly connects the horrific violence of that time and place not to ideological or ethnic differences, but to military-civilian factionalism that permeated all levels of government. A party-state known for exerting control, when pressed, could spawn untold conflict and cruelty."

"Andrew Walder is one of the world's most distinguished analysts of the Chinese Cultural Revolution and his new book breaks apart numerous myths. Drawing on extraordinarily rich sources from Guangxi province, Walder shows that violence tore apart the countryside as well as the city, and that factionalism could give way to deeper splits within the party. Above all, he adds analysis of ethnic division to our knowledge of this period. This is disturbing, field-making reading."