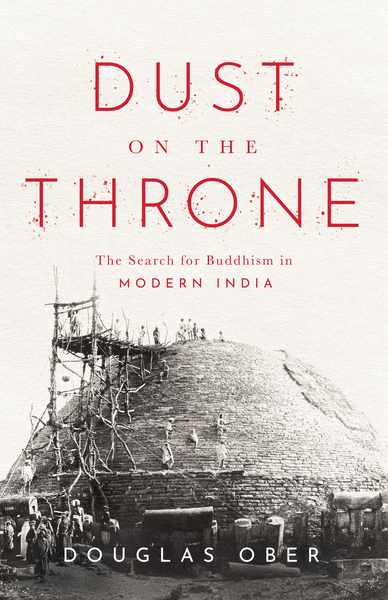 Dust on the Throne
The Search for Buddhism in Modern India
Douglas Ober
SERIES: South Asia in Motion

Received wisdom has it that Buddhism disappeared from India, the land of its birth, between the thirteenth and fourteenth centuries, long forgotten until British colonial scholars re-discovered it in the early 1800s. Its full-fledged revival, so the story goes, only occurred in 1956, when the Indian civil rights pioneer Dr. B.R. Ambedkar converted to Buddhism along with half a million of his Dalit (formerly "untouchable") followers. This, however, is only part of the story. Dust on the Throne reframes discussions about the place of Buddhism in the subcontinent from the early nineteenth century onwards, uncovering the integral, yet unacknowledged, role that Indians played in the making of modern global Buddhism in the century prior to Ambedkar's conversion, and the numerous ways that Buddhism gave powerful shape to modern Indian history.

Through an extensive examination of disparate materials held at archives and temples across South Asia, Douglas Ober explores Buddhist religious dynamics in an age of expanding colonial empires, intra-Asian connectivity, and the histories of Buddhism produced by nineteenth and twentieth century Indian thinkers. While Buddhism in contemporary India is often disparaged as being little more than tattered manuscripts and crumbling ruins, this book opens new avenues for understanding its substantial socio-political impact and intellectual legacy.

Douglas Ober is Visiting Assistant Professor of History at Fort Lewis College and an Honorary Research Associate in the Centre for India and South Asia Research at the University of British Columbia.

"This is the first comprehensive study in any language of the revival of interest in Buddhism in nineteenth and twentieth-century India. It transforms the way we view modern Indian religious and political life. Through careful archival investigation, Douglas Ober uncovers numerous sources and topics that have been ignored or dealt with in piecemeal fashion. He uses this array of materials to create a compelling argument for the vital of importance of Buddhism in modern Indian religious life, politics, intellectual history, and culture. By highlighting the contributions of Indian scholars, advocates, and practitioners to the revival of Buddhism in twentieth-century India, Ober gives us a much more accurate picture of modern global Buddhism. This is a major, foundational contribution to religious and Buddhist history."