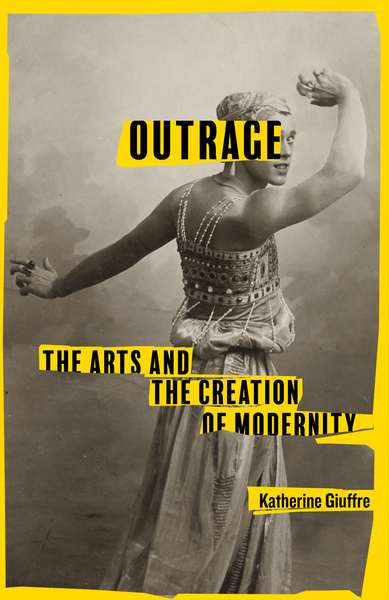 Outrage
The Arts and the Creation of Modernity
Katherine Giuffre

A cultural revolution in England, France, and the United States beginning during the time of the industrial and political revolutions helped usher in modernity. This cultural revolution worked alongside the better documented political and economic revolutions to usher in the modern era of continuous revolution. Focusing on the period between 1847 and 1937, the book examines in depth six of the cultural "battles" that were key parts of this revolution: the novels of the Brontë sisters, the paintings of the Impressionists, the poetry of Emily Dickinson, The Ballets Russes production of Le Sacre du printemps, James Joyce's Ulysses, and Zora Neale Hurston's Their Eyes Were Watching God. Using contemporaneous reviews in the press as well as other historical material, we can see that these now-canonical works provoked outrage at the time of their release because they addressed critical points of social upheaval and transformation in ways that engaged broad audiences with subversive messages. This framework allows us to understand and navigate the cultural debates that play such an important role in 21st century politics.

Katherine Giuffre specializes in the sociology of art and culture and studies social networks and communities, as well as Polynesian society. She is the author of Communities and Networks (2013), and Collective Creativity (2012), among other publications. She is Professor Emerita of Sociology at Colorado College.