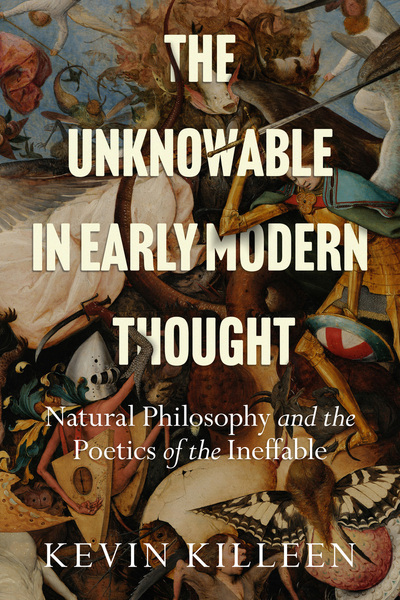 Early modern thought was haunted by the unknowable character of the fallen world. The sometimes brilliant and sometimes baffling fusion of theological and scientific ideas in the era, as well as in some of its greatest literature, responds to this sense that humans encountered only an incomplete reality.

Ranging from Paradise Lost to thinkers in and around the Royal Society and commentary on the Book of Job, The Unknowable in Early Modern Thought explores how the era of the scientific revolution was in part paralyzed by and in part energized by the paradox it encountered in thinking about the elusive nature of God and the unfathomable nature of the natural world. Looking at writers with scientific, literary and theological interests, from the shoemaker mystic, Jacob Boehme to John Milton, from Robert Boyle to Margaret Cavendish, and from Thomas Browne to the fiery prophet, Anna Trapnel, Kevin Killeen shows how seventeenth-century writings redeployed the rich resources of the ineffable and the apophatic—what cannot be said, except in negative terms—to think about natural philosophy and the enigmas of the natural world.

Kevin Killeen is Professor in English and Early Modern Literature at the University of York. He is the author, most recently, of The Political Bible in Early Modern England (2017)

"Killeen's work brims with smart scholarship, sharp writing, and surprising discoveries. Deftly threading together the scientific and the mystical, the empirical and the unknowable, this remarkable book provides a new view of science, theology, and the literary forms tying them together."

"Killeen corrects overly triumphant histories of science, where the new empiricism tames the old vitalism through reason, experiment, et cetera. This is an original book, eccentric in places, which is part of its charm, and full of stylistic flair."