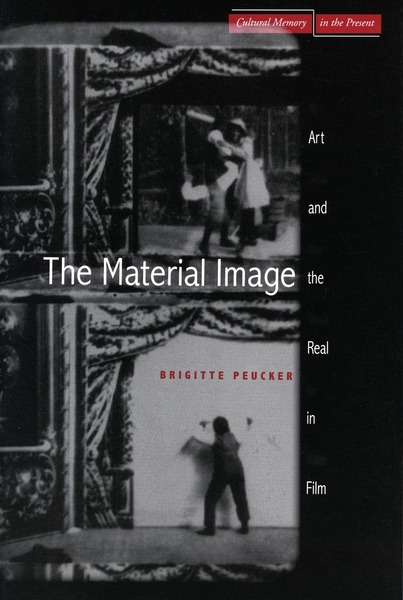 The Material Image
Art and the Real in Film
Brigitte Peucker
SERIES: Cultural Memory in the Present

Focusing on intermediality, The Material Image situates film within questions of representation familiar from the other arts: What is meant by figuring the real? How is the real suggested by visual metaphors, and what is its relation to illusion? How is the spectator figured as entering the text, and how does the image enter our world? The film's spectator is integral to these concerns. Cognitive and phenomenological approaches to perception alike claim that spectatorial affect is "real" even when it is film that produces it.

Central to the staging of intermediality in film, tableaux moments in film also figure prominently in the book. Films by Scorsese, Greenaway, Wenders, and Kubrick are seen to address painterly, photographic, and digital images in relation to effects of the real. Hitchcock's films are examined with regard to modernist and realist effects in painting. Chapters on Fassbinder and Haneke analyze the significance of tableau for the body in pain, while a final chapter on horror film explores the literalism of psychopathic tableau. Here, too, art and the body—images and the real—are juxtaposed and entwined in a set of relations.

Brigitte Peucker is Elias Leavenworth Professor of German and Professor of Film Studies at Yale University. She is author of Incorporating Images: Film and the Rival Arts (1995) and Lyric Descent in the German Romantic Tradition (1998)

"In short, great writing and great reading, whose impact should not remain confined to the sole field of film studies, but considered very carefully by all those who, in literary theory for instance, want to better understand why and how texts matter." 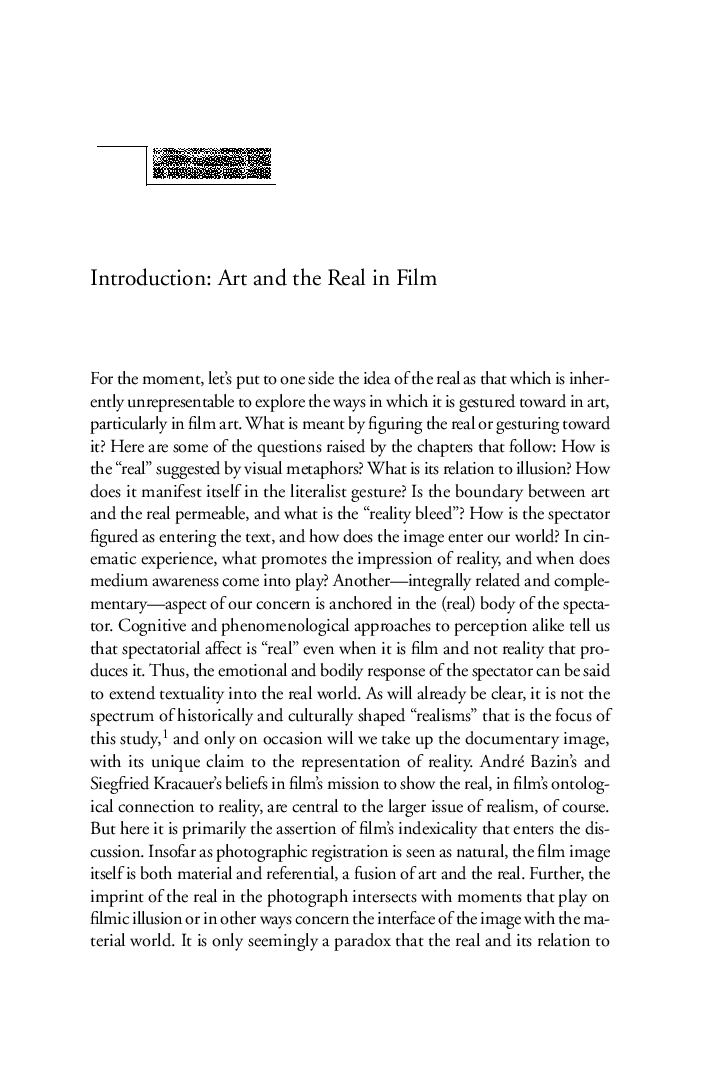 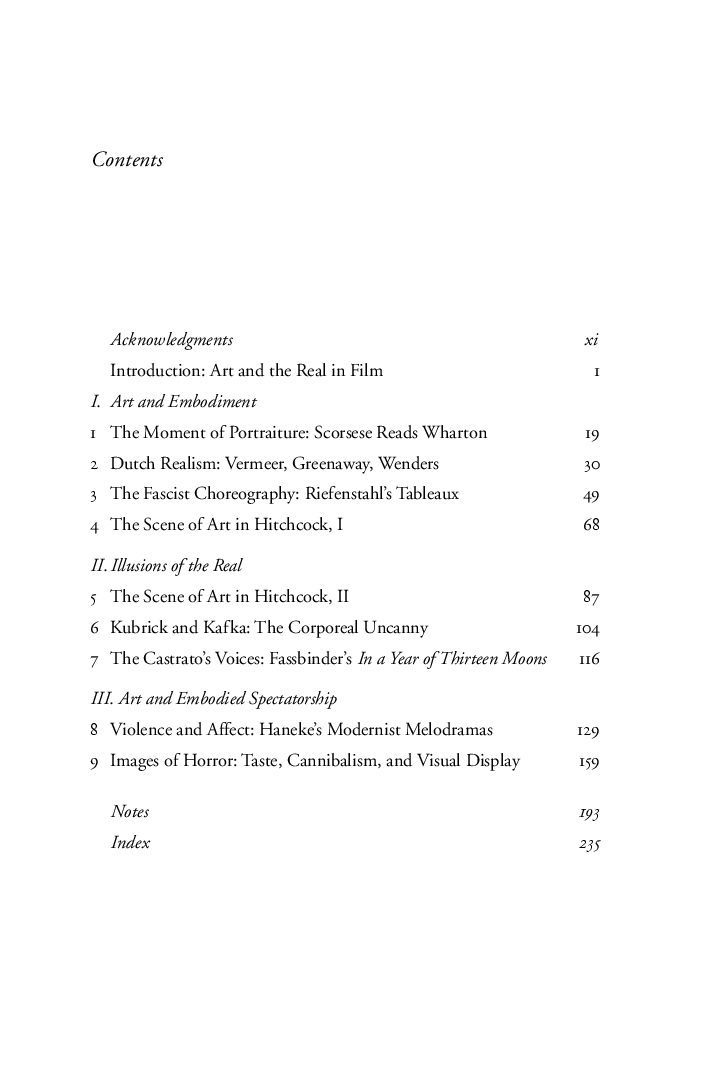