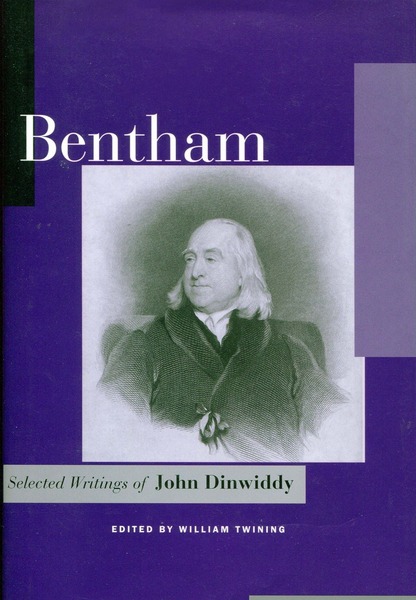 Jeremy Bentham, the founder of utilitarianism, made a powerful impact on several major areas of thought and policy: ethics, jurisprudence, political and constitutional theory, and social and administrative reform. Yet from the start his ideas have been subject to misunderstanding and caricature. John Dinwiddy's Bentham is regarded as the best introduction to this important jurist and reformer.

Dinwiddy examines the various components of Bentham's philosophy and shows how each was shaped by the radical rethinking entailed by the utilitarian approach. He also discusses interpretations of Benthamism and its contemporary significance and the controversial question of Bentham's influence on reform.

Bentham is reproduced here in full together with three classic essays that deal with key issues in understanding Bentham: his conversion to political radicalism, the relations between private and public ethics, and his theory of adjudication. A new introduction and select bibliography by William Twining set the context and survey the developments in Bentham studies since the book's original publication in 1989.

“These essays, penned in an accessible style, provide one of the best starting points for an engagement with the arguments of one of the most revered and reviled utilitarian theorists.”—The Law and Politics Book Review