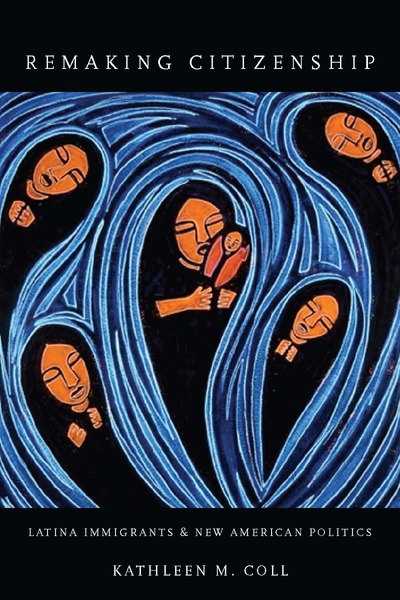 Standing at the intersection of immigration and welfare reform, immigrant Latin American women are the target of special scrutiny in the United States. Both the state and the media often present them as scheming "welfare queens" or long-suffering, silent victims of globalization and machismo. This book argues for a reformulation of our definitions of citizenship and politics, one inspired by women who are usually perceived as excluded from both.

Weaving the stories of Mexican and Central American women with history and analysis of the anti-immigrant upsurge in 1990s California, this compelling book examines the impact of reform legislation on individual women's lives and their engagement in grassroots political organizing. Their accounts of personal and political transformation offer a new vision of politics rooted in concerns as disparate as domestic violence, childrearing, women's self-esteem, and immigrant and workers' rights.

Kathleen Coll is a Lecturer in Feminist Studies and Anthropology at Stanford University.

"[Coll's] nuanced approach to citizenship is one of the book's strengths. The varied and complex practices of citizenship Coll discusses expand normative ideas about citizenship as a formal status. . . A final strength of the book is the richness of the ethnographic data and the author's reflective voice. This makes it an important read for students and scholars of citizenship studies, Latina/o and Chicana/o studies."

"The great significance of Remaking Citizenship consists in its careful analysis of these migrant women at the intersection of two major areas of public concern in need of reform: immigration and welfare . . . The timeliness of Coll's book lies not only in its attention to gendered aspects of Mexican immigration to the United States; through her focus on migrant mothers and children, she also makes an important contribution to debates about the privatization of the public sphere by showcasing new forms of citizenship that are not limited to national belonging."

"Coll's ethnographic study illuminates the myriad ways that immigrant women are enacting new forms of citizenship in their own image and on their own terms . . . The strength of Remaking Citizenship is that Coll does not succumb to a linear narrative of women's self-empowerment, but remains attentive to the gaps and contradictions in Latina citizenship discourses."

"Coll's work is a valuable anthropological contribution to the notion of 'cultural citizenship' . . . Remaking Citizenship is a significant addition to citizenship studies that demonstrates the importance of studying the collective response to the changing legal environment of the state's surveillance of immigrants."

"[Coll] has presented the struggles and strategies of Latina immigrants in changing their hostile social and political environment in a personal and compelling academic way made possible only through ethnographic work . . . Through adding the perspectives of marginalized individuals, Coll extends our understanding of the different ways citizenship is experienced and signified."

"This is a compelling study of a Bay Area grassroots organization comprised of Mexican and Central American immigrant women who have been remarkably creative and effective in bettering their difficult conditions. These vivid portraits are placed in the context of an analysis of the harsh structural factors that have shaped immigrant communities in California over the past two decades."

"Coll urges us to rethink citizenship as a process and to recognize immigrant Latinas as forgers of a new and more inclusive 21st century citizenship. The voices and actions of the mothers of Mujeres Unidas y Activas are clear and compelling. The next generation, their children who are now our students, will be proud and inspired by the humane representations and critical insights in this book." 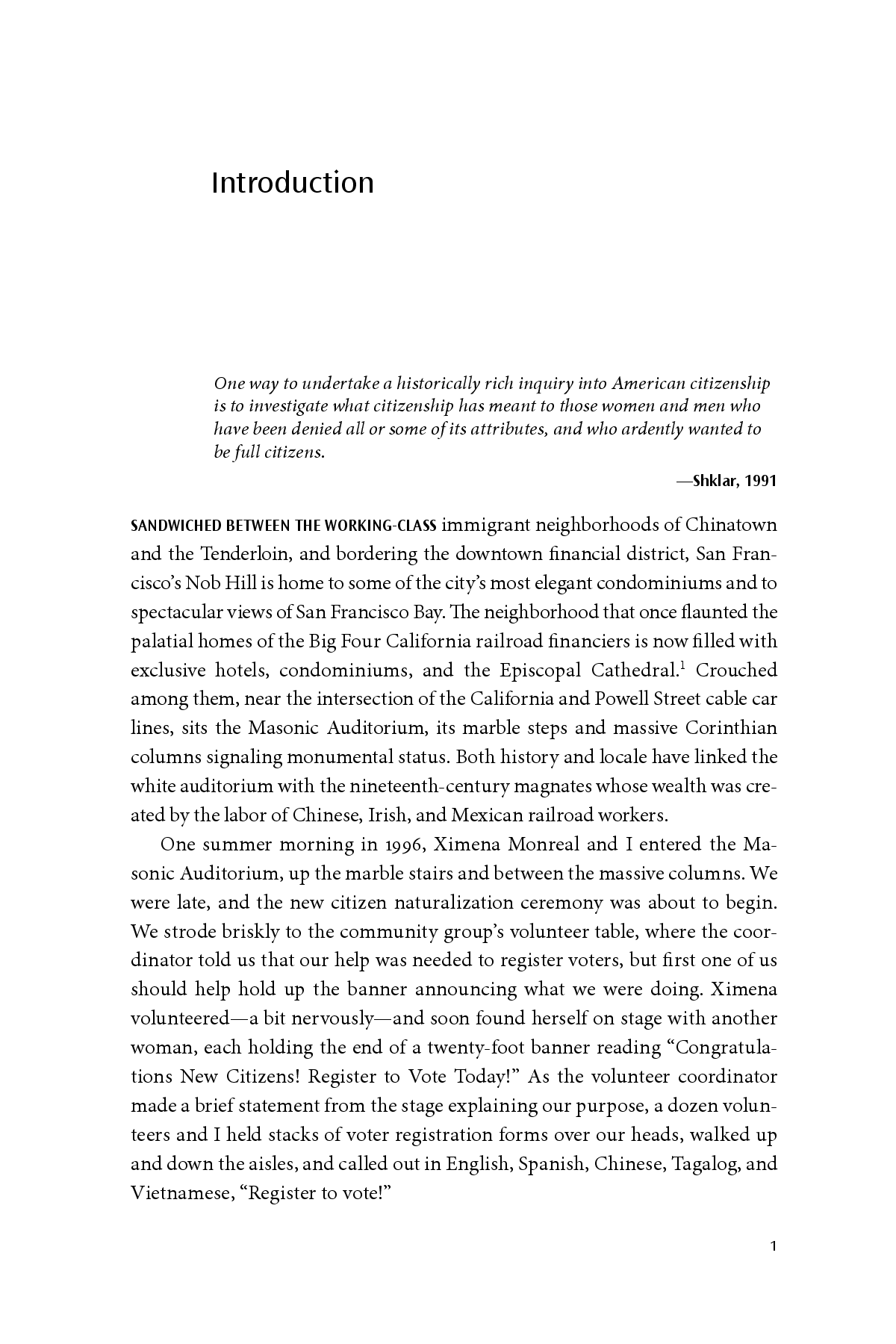 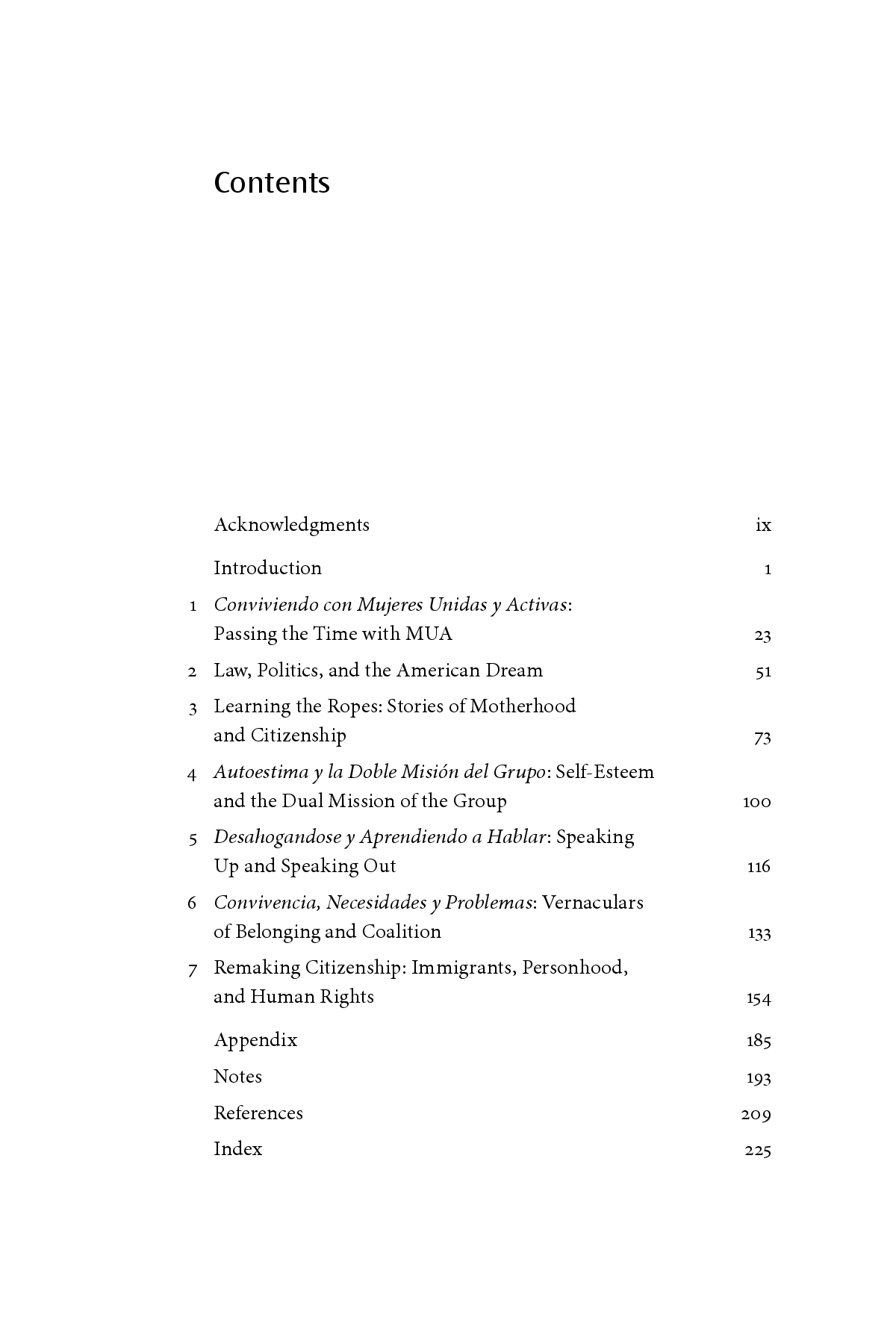 24 Books, Essays, and Other Texts to Read Because You're Still Having Trouble Processing the Election