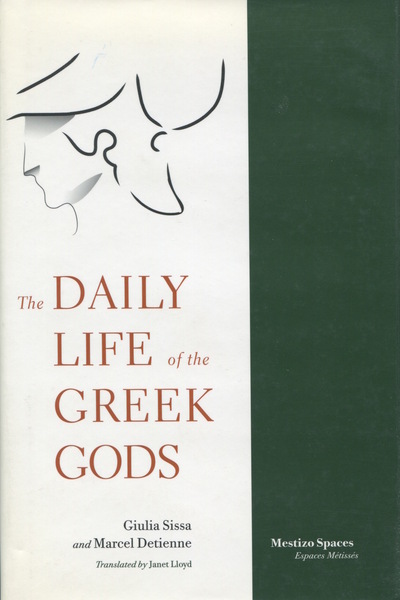 Despite the rousing stories of male heroism in battles, the Trojan War transcended the activities of its human participants. For Homer, it was the gods who conducted and accounted for what happened. In the first part of this book, the authors find in Homer's Iliad material for exploring the everyday life of the Greek gods: what their bodies were made of and how they were nourished, the organization of their society, and the sort of life they led both in Olympus and in the human world. The gods are divided in their human nature: at once a fantasized model of infinite joys and an edifying example of engagement in the world, they have loves, festivities, and quarrels.

In the second part, the authors show how citizens carried on everyday relations with the gods and those who would become the Olympians, inviting them to reside with humans organized in cities. At the heart of rituals and of social life, the gods were omnipresent: in sacrifices, at meals, in political assemblies, in war, in sexuality. In brief, the authors show how the gods were indispensable to the everyday social organization of Greek cities.

To set on stage a number of gods implicated in the world of human beings, the authors give precedence to the feminine over the masculine, choosing to show how such great powers as Hera and Athena wielded their sovereignty over cities, reigning over not only the activities of women but also the moulding of future citizens. Equally important, the authors turn to Dionysus and follow the evolution of one of his forms, that of the phallus paraded in processions. Under this god, so attentive to all things feminine, the authors explore the typically civic ways of thinking about the relations between natural fecundity and the sexuality of daily life.

"An accessible and well-written work. . . . It manages the difficult task of actually bringing the thoughts of some ancient Greeks to life and it is a mine of information on Greek religious texts. . . . It is certainly a book anyone with a serious interest in Greek religion should read."