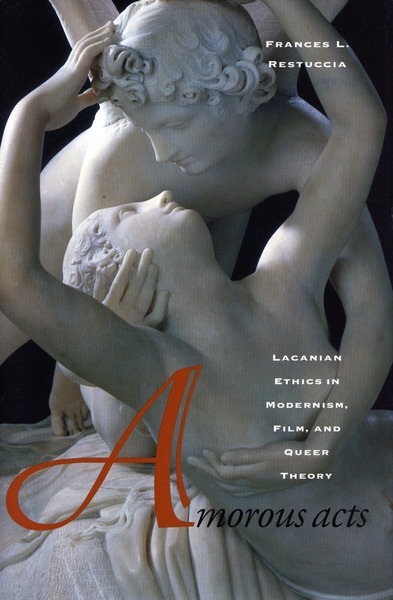 Amorous Acts illustrates the value of psychoanalytic theory for comprehending relationships, experiences, art, politics, and all sorts of human interactions. More specifically, it employs psychoanalysis to show how queer theory is operating to effect a non-heterosexist social order. Although the Lacanian subject in Love can only experience his/her self-shattering, Lacan's concept of Love is seen here as politically useful. This study breaks down Lacanian Love into three different forms and tries to unveil the danger, as well as especially the cultural potential, of the most intense of these variations. To arrive at this position, Amorous Acts first works out the meaning of Lacan's "ethics of desire" by analyzing several modern British novels (by E.M. Forster, Virginia Woolf, D.H. Lawrence, and Graham Greene), as well as some contemporary films (Breaking the Waves, Seventh Heaven, and Damage) and then by arguing with Zizek through a reading of Kieslowski's film "White". Finally, queer theory as it has been brought into being by Foucault, Halperin, Bersani, Butler, and Edelman is put into relation with Lacan's notion of the authentic act. Queer theory engages Lacan's conception of self-shattering Love to traverse the pernicious fundamental fantasy of heterosexist reproduction.

Frances L. Restuccia is Professor of English at Boston College. She is author of Melancholics in Love: Representing Women's Depression and Domestic Abuse (2000) and James Joyce and the Law of the Father (1989). She is editor of the contemporary theory series at Other Press and co-chair of "Psychoanalytic Practices" at The Humanities Center at Harv

"Taking up recent debates in Lacanian theory between the "ethics of desire" and a more militant celebration of jouissance, Amorous Acts provocatively weaves these debates together with readings of some major texts of literary modernism (Forster, Woolf and Lawrence), and intervenes in contemporary discussions of queer theory, perversion, and the authentic act. This book moves debates well beyond the familiar ruts of Hegel, Saussure and sexual difference in which Lacan's thought has become mired."

"Amorous Acts speculates on the political effects of a distinctively psychoanalytic ethics, contending that among the ruins of psychic coherence may be discerned the foundation for a new form of social organization. More perceptively than other Lacanian critics, Frances Restuccia shows how the politics of desubjectivation have been debated in queer theory for some time. Her provocative contribution to this debate, composed in relentless pursuit of a queerer world, is sure to engender controversy."

"This book will—perhaps even should—sit on the shelf of every institution, academic or professional, where it will be the go-to book for those who concern themselves with these important subjects." 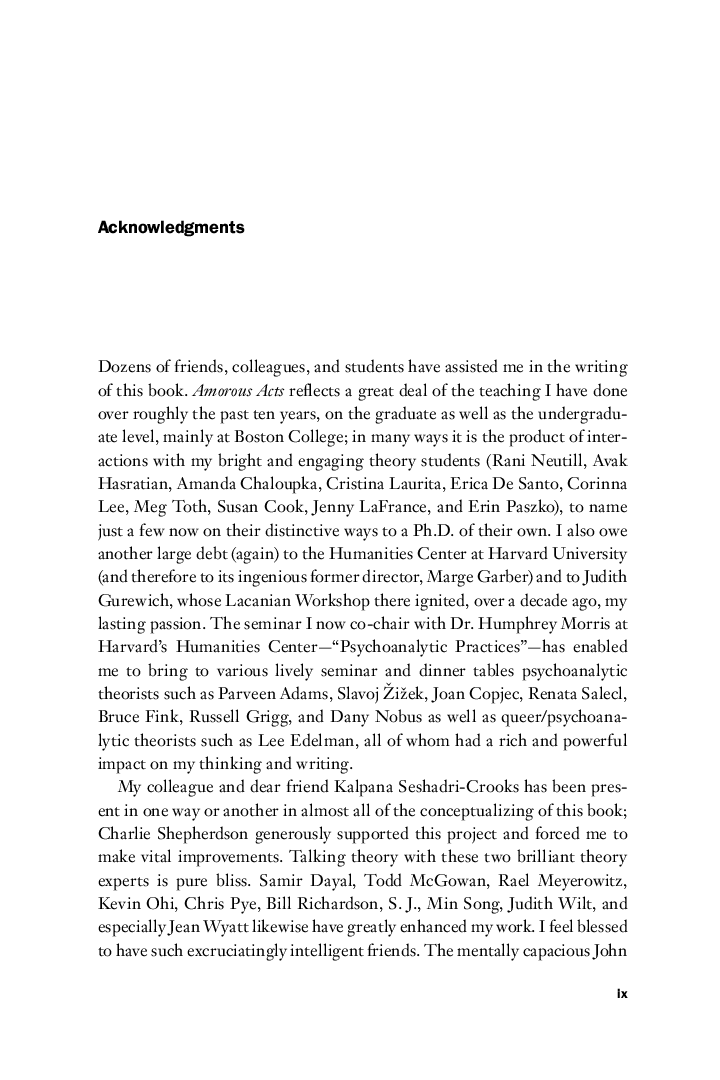 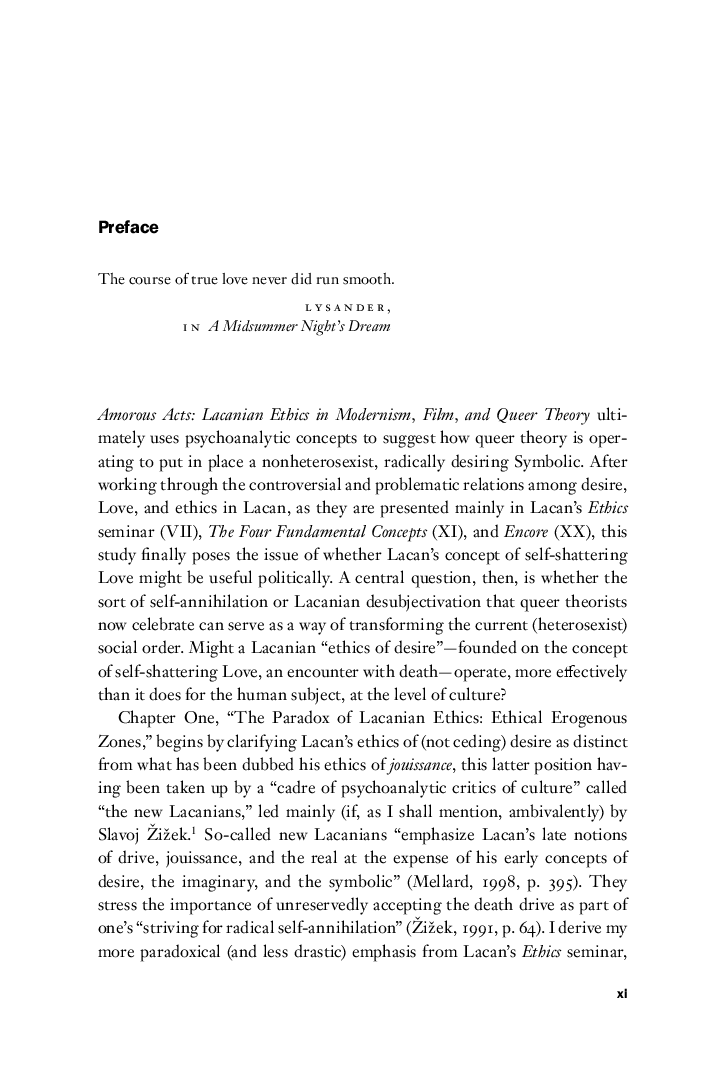 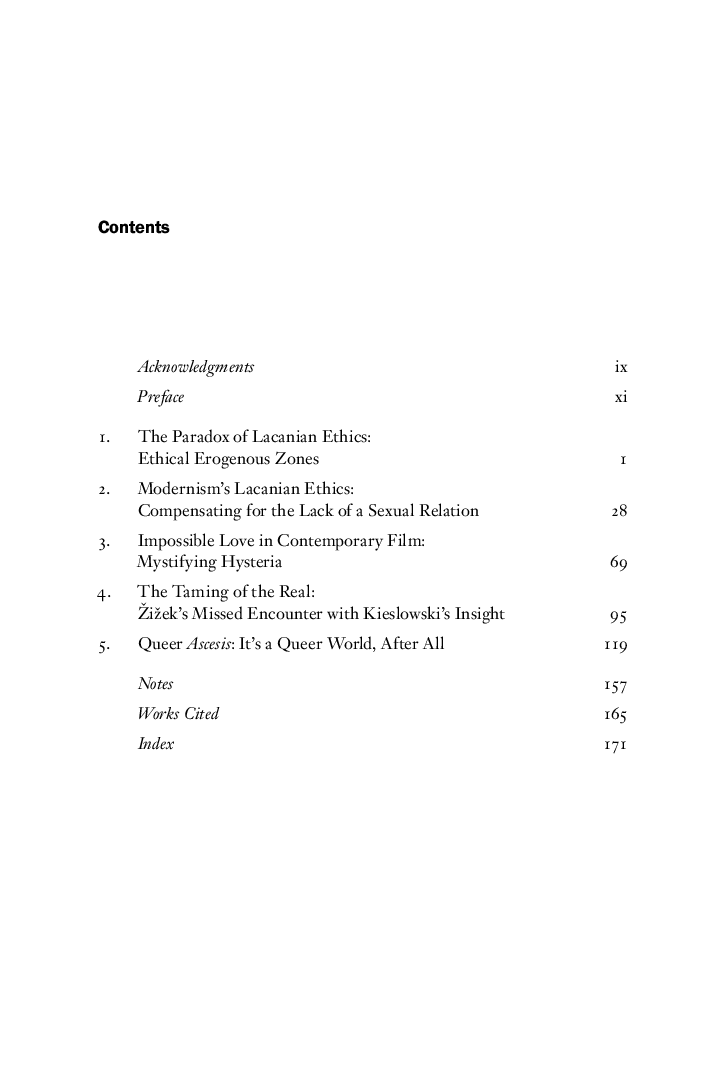