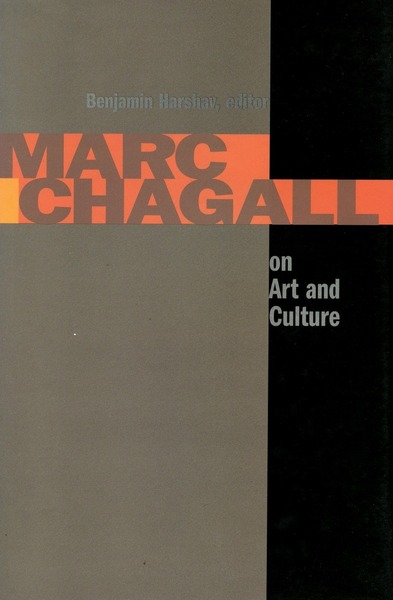 Marc Chagall (1887-1985) traversed a long route from a boy in the Jewish Pale of Settlement, to a commissar of art in revolutionary Russia, to the position of a world-famous French artist. This book presents for the first time a comprehensive collection of Chagall's public statements on art and culture. The documents and interviews shed light on his rich, versatile, and enigmatic art from within his own mental world. The book raises the problems of a multi-cultural artist with several intersecting identities and the tensions between modernist form and cultural representation in twentieth-century art. It reveals the travails and achievements of his life as a Jew in the twentieth century and his perennial concerns with Jewish identity and destiny, Yiddish literature, and the state of Israel. This collection includes annotations and introductions of the Chagall texts by the renowned scholar Benjamin Harshav that elucidate the texts and convey the changing cultural contexts of Chagall's life. Also featured is the translation by Benjamin and Barbara Harshav of the first book about Chagall's work, the 1918 Russian The Art of Marc Chagall.

Benjamin Harshav is Jacob and Hilda Blaustein Professor of Hebrew and Comparative Literature at Yale University. Among his many books is Language in Time of Revolution (Stanford, 1999). Barbara Harshav is Lecturer in the department of Comparative Literature at Yale University. She has translated into English over 20 books of fiction and nonfiction in French, German, Hebrew and Yiddish, including The Labor of Life: Selected Plays by Hanoch Levin (Stanford 2003).