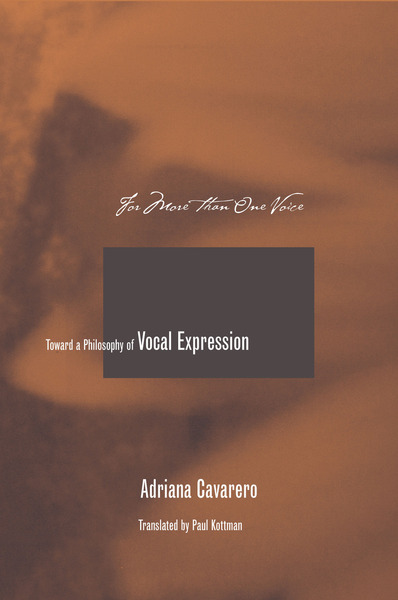 For More than One Voice
Toward a Philosophy of Vocal Expression
Adriana Cavarero Translated, and with an Introduction, by Paul A. Kottman

The human voice does not deceive. The one who is speaking is inevitably revealed by the singular sound of her voice, no matter "what" she says. We take this fact for granted—for example, every time someone asks, over the telephone, "Who is speaking?" and receives as a reply the familiar utterance, "It's me." Starting from the given uniqueness of every voice, Cavarero rereads the history of philosophy through its peculiar evasion of this embodied uniqueness. She shows how this history—along with the fields it comprehends, such as linguistics, musicology, political theory, and studies in orality—might be grasped as the "devocalization of Logos," as the invariable privileging of semantike over phone, mind over body. Female figures—from the Sirens to the Muses, from Echo to opera singers—provide a crucial counterhistory, one in which the embodied voice triumphs over the immaterial semantic. Reconstructing this counterhistory, Cavarero proposes a "politics of the voice" wherein the ancient bond between Logos and politics is reconfigured, and wherein what matters is not the communicative content of a given discourse, but rather who is speaking.

Adriana Cavarero is Professor of Political Philosophy at the University of Verona, Italy, and Visiting Professor at the University of California, Berkeley, and New York University. Italy's most renowned feminist philosopher, she is the author of numerous essays and books, including (in English) In Spite of Plato (1995), Relating Narratives: Storytelling and Selfhood (2000), and Stately Bodies (2002).

"The material gathered here is striking for both its breadth and the richness of treatment." 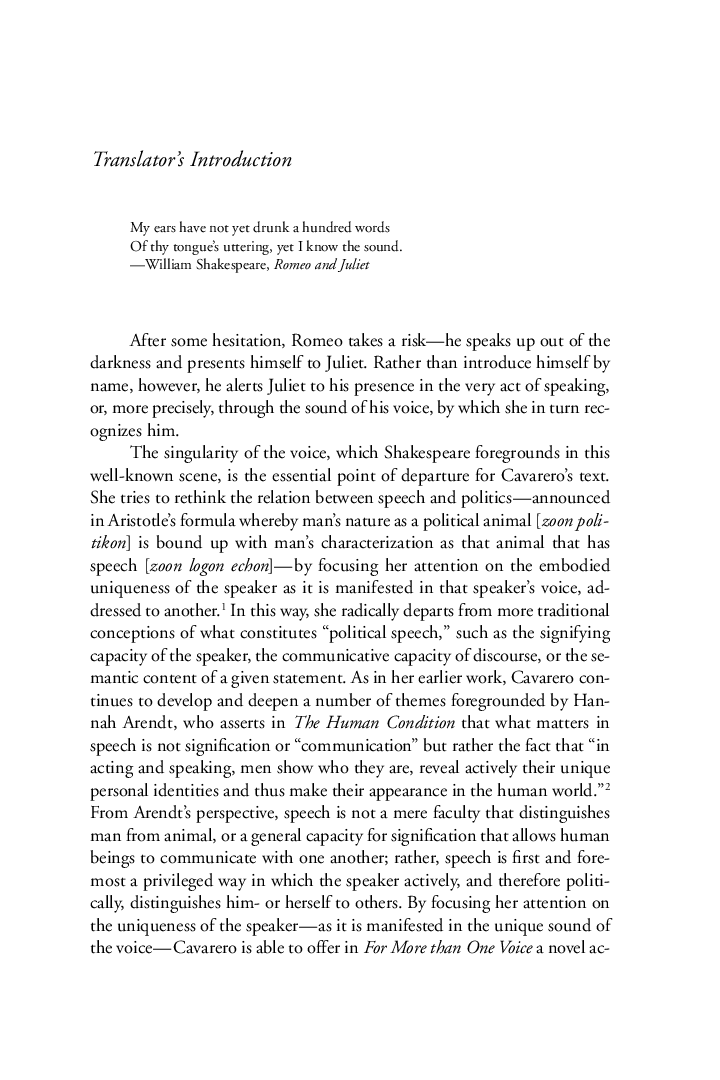