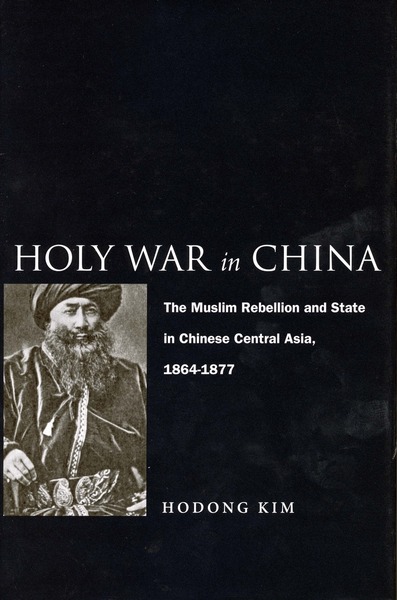 In July 2009, violence erupted among Uyghurs, Chinese state police, and Han residents of Ürümqi, the capital city of Xinjiang, in northwest China, making international headlines, and introducing many to tensions in the area. But conflict in the region has deep roots. Now available in paperback, Holy War in China remains the first comprehensive and balanced history of a late nineteenth-century Muslim rebellion in Xinjiang, which led to the establishment of an independent Islamic state under Ya'qūb Beg. That independence was lost in 1877, when the Qing army recaptured the region and incorporated it into the Chinese state, known today as the Xinjiang Uyghur Autonomous Region.

Hodong Kim offers readers the first English-language history of the rebellion since 1878 to be based on primary sources in Islamic languages as well as Chinese, complemented by British and Ottoman archival documents and secondary sources in Russian, English, Japanese, Chinese, French, German, and Turkish. His pioneering account of past events offers much insight into current relations.

Hodong Kim is Professor of History at Seoul National University.

"Kim's narrative and analysis are far more complete than any other work on the rebellion."

"Kim's highly relevant and timely study not only fills a significant lacuna in the historiography of the region but also opens the door to new scholarly enterprises."

"...Holy War in China is a major contribution, and it will be of interest to scholars of China, central Asia, and nineteenth-century world history."

"[Kim] devoted years to scouring archival deposits around the world in his search for materials relating to the rise and fall of Yakub Beg's Kashgar-based emirate. He has put together a richly detailed and documented study based primarily on sources by Muslim scholars that provides an internal perspective on events."

"[An] exemplary historical study, which presents the reader with a comprehensive, detailed and interesting story."