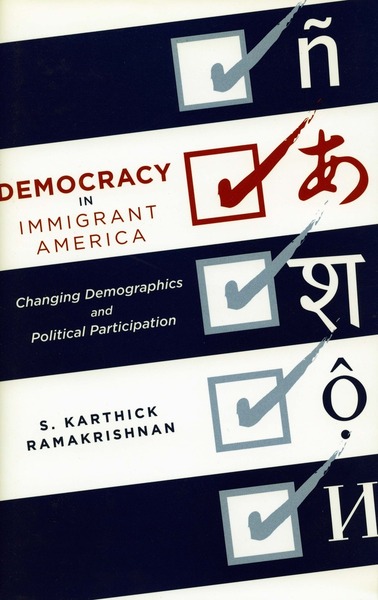 Democracy in Immigrant America provides a comprehensive analysis of democratic participation among first- and second-generation immigrants in the United States, addressing the questions that are integral to understanding the present-day realities of immigrant politics: How are immigrants changing the racial and ethnic makeup of the American electorate? How do their numbers compare to those in the early 20th century? Do traditional models of political behavior explain the voting participation of immigrants, and should new factors related to immigrant adaptation be considered? By addressing these questions, Democracy in Immigrant America points the way forward for a new research agenda in immigrant politics.

S. Karthick Ramakrishnan is Assistant Professor of Political Science at the University of California, Riverside.

"No question is more challenging to the understanding of the future of American democracy than the impact of immigration on our political and social life. Karthick Ramakrishnan's book is an important and sophisticated analysis of the subject. He brings new data and new understanding. It will be of value to all who want to know what the future of American civic life will be."

"Democracy in Immigrant America presents a wealth of new insights into immigrant political incorporation, while persistently and profitably challenging existing models of political participation. Ramakrishnan's book should make an immediate impact in several disciplines and be of considerable interest to policy analysts, political consultants, interest group advocates, and party activists."

"Ramakrishnan has written a thorough and well-researched book that provides important tests of the factors that influence immigrant political behavior. This is a timely and fascinating topic whose complexity is managed quite effectively by the author....This book is an interesting read that addresses the issue of immigrant participation from a comprehensive standpoint." 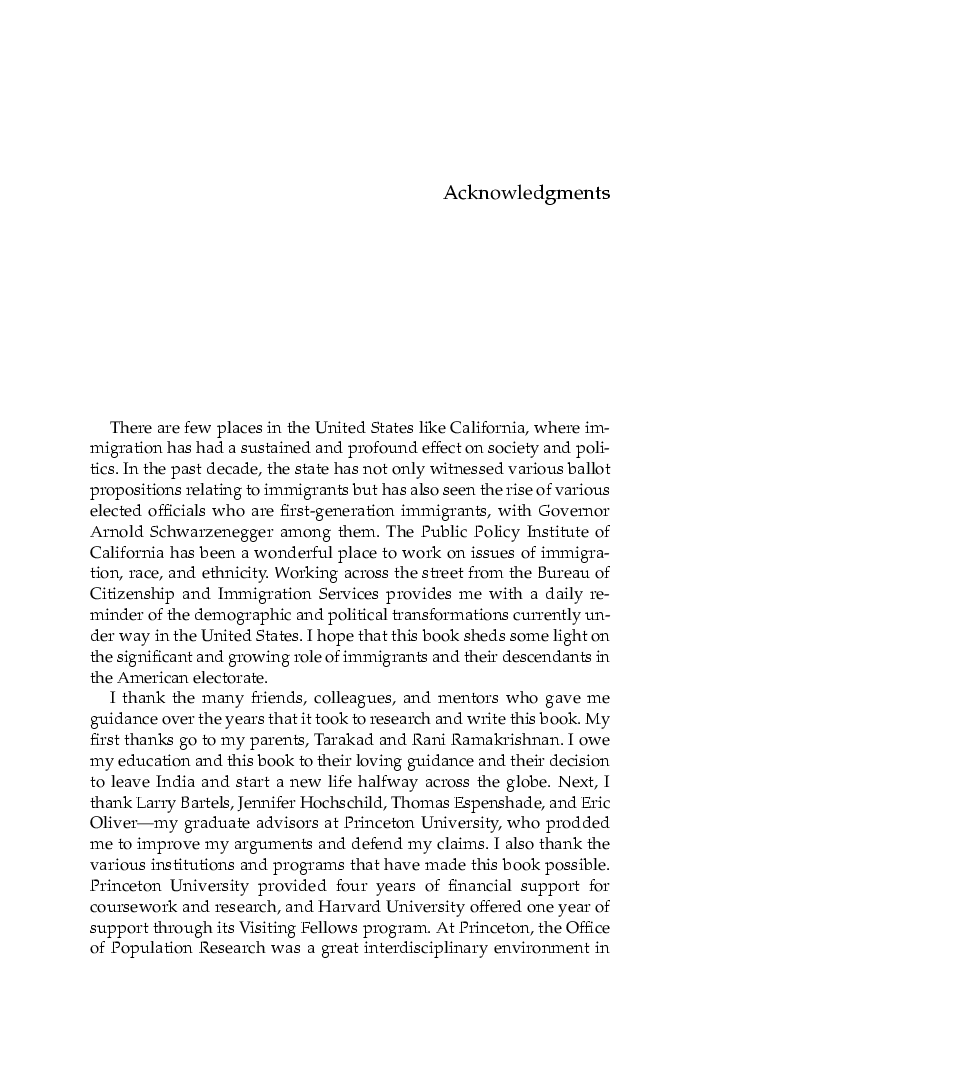 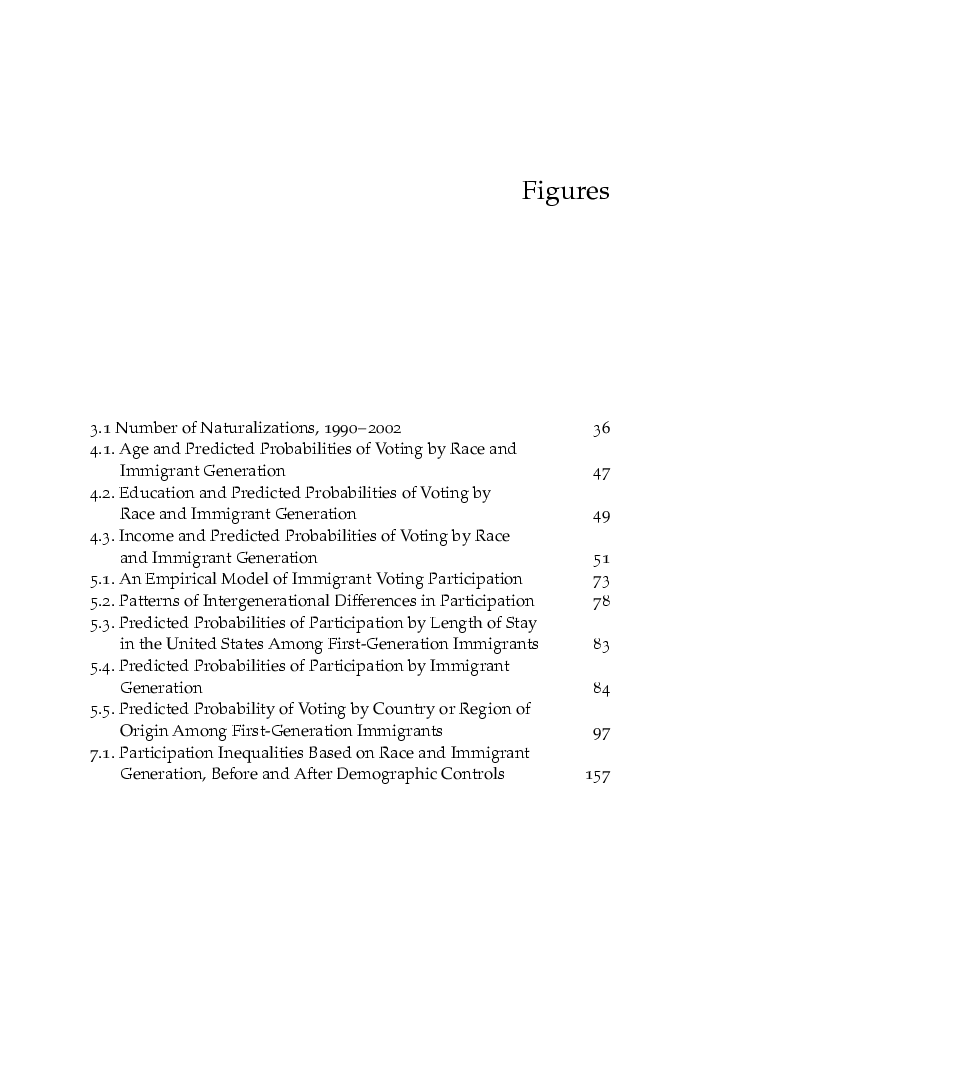 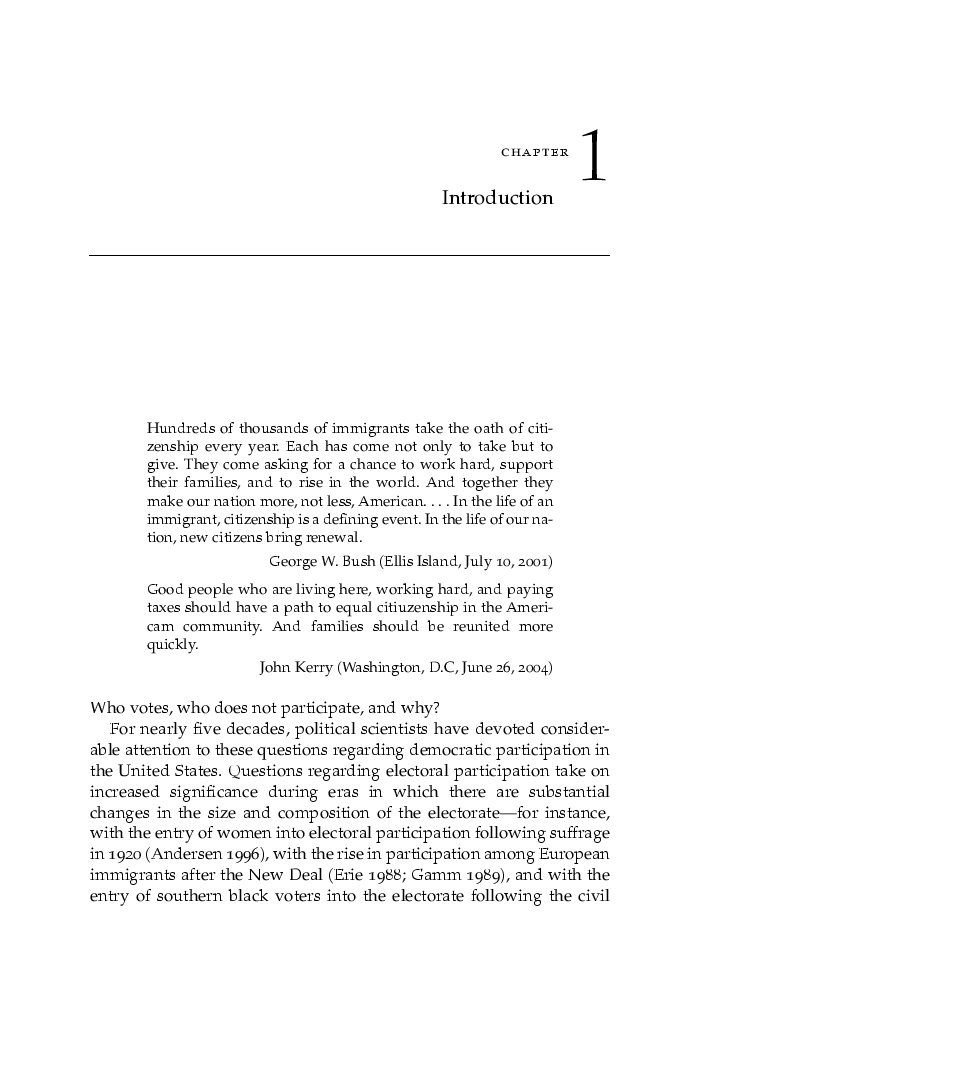 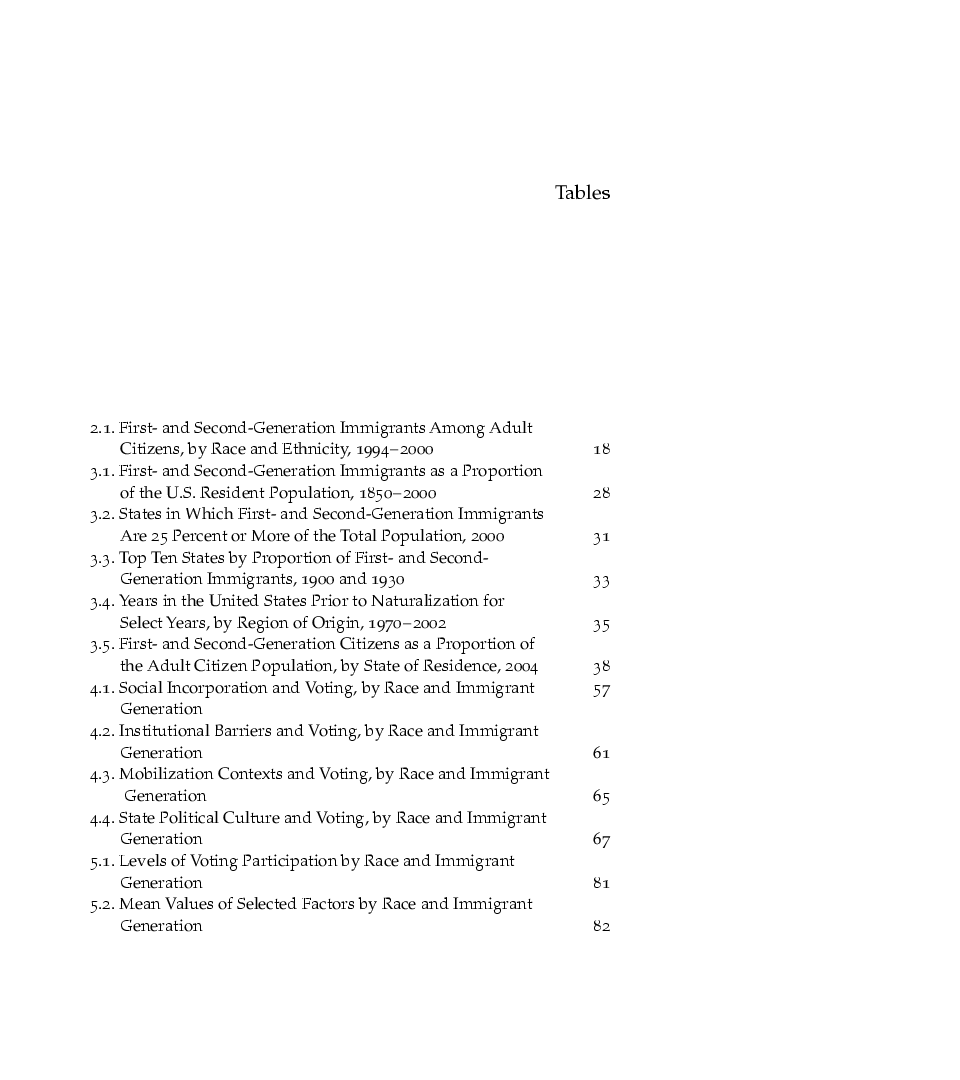