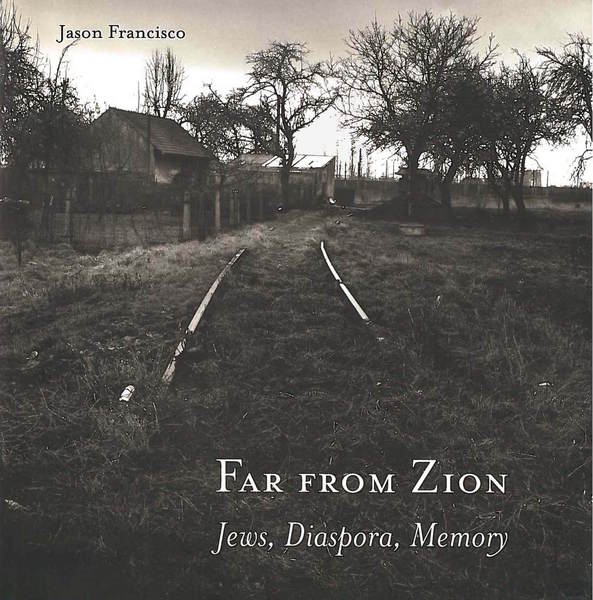 Part document and part visual poem, Far from Zion is the response of a young American Jew to the historical experience of Ashkenazic Jewry in the last century. In the spirit of a contemplative but unsentimental reckoning, the photographs consider the fragmentation and historical contingency of Jewish experience, the discontinuity and fragility of Jewish identity, and the uncertain meaning of diaspora as a Jewish inheritance. The result is a sequence of pictures that moves between marked and unmarked historical locations in Europe and the United States, portraits of contemporary Jews, and the events of Jewish life. An original essay, "Diasporic Investigations," elaborates the photographs' concerns.

In contrast to traditional documentary works aligned with confirmative and expository attitudes toward social testimony, this project looks to the indeterminacies of the photographic image to illuminate social experience that is itself indeterminate and elusive. By turns empathic and circumspect, quiet and pointed, the project addresses the complex actuality of diaspora in our own time.

Beyond its contribution to contemporary photography, the work also responds to Jewish photography (both by and about Jews) specifically. In contrast to the historical work of Roman Vishniac, for example, the book rejects nostalgic reclamation of vanished worlds; in contrast to the contemporary work of Frédéric Brenner, the book refrains from modish theatricality, and instead confronts the legacy of the passing Jewish century through interrogatory observation. Locating documentary photography at the intersection of history, geography, literature, and philosophy, the book promotes a dialogue between these fields through pictures.

"Jason Francisco's photographs in Far from Zion invite us to follow his exploration of the Jewish historical experience in contemporary times. In their immediacy and their poetry, they suggest that this experience—like one's faith—cannot be explicitly defined. The journey itself is our reward."

"This book is a meditation on some of the central questions that frame contemporary American Jewish life—questions of home and place, connection and difference, history and memory. It shows us what the contradictory desires within the Jewish imagination look like. As such, this highly successful work will speak to poets and scholars, photographers and artists, as well as a broader public."

"While [Francisco's] subjects are particular and sometimes personal, their message is broad and universal, and this is a powerful photographic testament."

"A true work of mourning and melancholia . . . [I]t reminds the viewer of the special place of memory within Hebrew theology and Jewish tradition and therefore provides a stronger rationale for the use of photography in constructing narratives about identity."