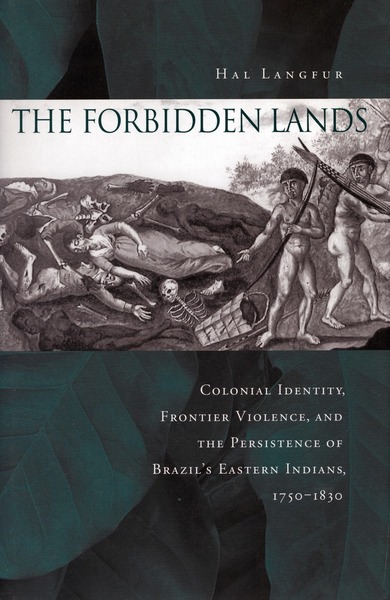 Honorable Mention in the 2007 Warren Dean Memorial Prize, sponsored by the Conference on Latin American History.

Honorable Mention in the 2007 Erminie Wheeler-Voegelin Prize, sponsored by the American Society for Ethnohistory.

The Forbidden Lands concerns a pivotal but unexamined surge in frontier violence that engulfed the eastern forests of eighteenth-century Brazil's most populous region, Minas Gerais. Focusing on social, cultural, and racial relations, it challenges standard depictions of the occupation of Portuguese America's vast interior, while situating its frontier history in the broader context of the Americas and the Atlantic world. The author argues that the key to understanding the colony's internal consolidation—ignored and misconstrued by scholars fixed on coastal events and export-led development—resides in the incompatible ways in which Luso-Brazilians, Afro-Brazilians, and seminomadic indigenous peoples accused of cannibalism sought to territorialize their distinctive societies. He demonstrates that cultural conflict on the frontier was a defining characteristic of Brazil's transition from colony to independent nation and a fundamental consequence of its relationship to a wider world. The study moves Brazil to a prominent place in our understanding of the hemispheric sweep of internal colonization in the Americas.

Essays based on material in this book have won the 2006 CLAH Prize and the 2005 Tibesar Prize.

Hal Langfur is Associate Professor of History at SUNY, Buffalo.

"Langfur has done fine research among documents rarely used by other historians. He writes elegant and refreshingly jargon-free prose, and he makes many important observations about life in the Brazilian interior at the end of the colonial era."

"Langfur's book is closely argued, well-written, carefully researched study that poses crucial questions of geography, internal colonialism, violence, and cooperation to future historians of frontiers. It should be read as part of an emerging transnational, comparative historiography of critical concepts and ideas."

"Hal Langfur has written a powerful, groundbreaking study (new in paperback in 2009) of a region, the Eastern Sertão of Minas Gerais, and a process of violent and incomplete conquest that will transform our understanding of the frontier in Brazilian history. Rejecting the predominant view in the historiography that interprets this history of violence and conquest as both inevitable and largely inconsequential, Langfur marshals an impressive array of documentary evidence and yokes this to a sophisticated theoretical conception of the overlapping and sometimes contradictory forces underpinning frontier occupation . . . In short, this book represents a major contribution in political, social, and cultural history."

"Based upon extensive research . . . Langfur's book is an important contribution to both colonial Brazilian and comparative frontier history. By emphasizing the effectiveness of Indian resistance and the uncertain outcome of colonial expansion in the Eastern Serto, Langfur showsthat frontiers could be heavily contested spaces in which victory by the colonial elites of European descent was not necessarily guaranteed."

"The significance of this book is to reveal the intertwined histories of Brazil's eastern Indians and the fate of the Portuguese empire . . . [I]ts success is to have reinvigorated studies of 'the frontier' more generally."

—Journal of the Royal Anthropological Institute

"In a dramatic, compelling, and thoroughly researched revision of Brazilian frontier history, The Forbidden Lands recounts the lurching, inconsistent, and contentious story of the conquest and incorporation of Brazil's eastern sertao."

"This book analyzes the disjunctures between official Crown policy that forbade settlement in the eastern territory of Minas Gerais and the actions of local officials and settlers who flocked to the region as gold mining in core areas declined. Within this narrative, Langfur offers analytical insights about ideological constructions of space, the frontier, and social and racial hierarchies."

"This book is part of a sophisticated and challenging movement that seeks to ask new questions of Brazil's Amerindian histories, led by Brazilian historians and anthropologists wishing to understand systematically the role Amerindians played in the making of the social, cultural, political, and territorial identity of Brazil. This study is meticulously supported with evidence and clearly written."

"This volume is a superb example of historical research informed by anthropological categories. As such it is 'ethnohistory' at its very best, clearly demonstrating the necessity of a proper cultural and social understanding of non-western societies for an adequate account of colonial processes . . . In sum, this is a fine work, theoretically sophisticated, carefully researched, and nicely written." 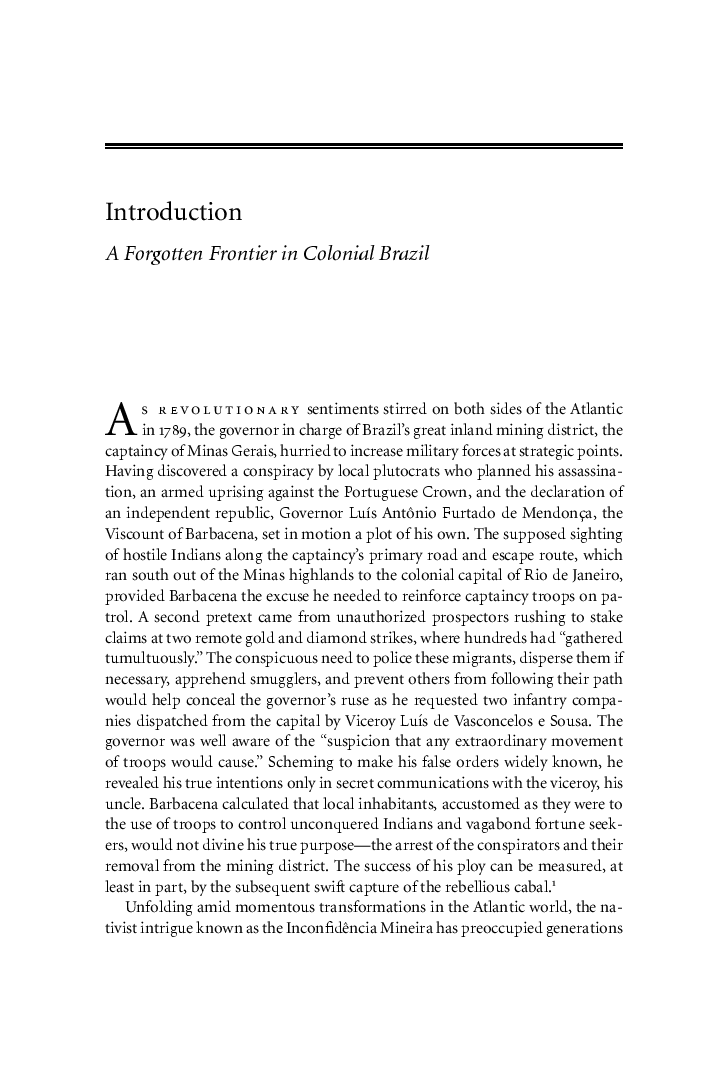 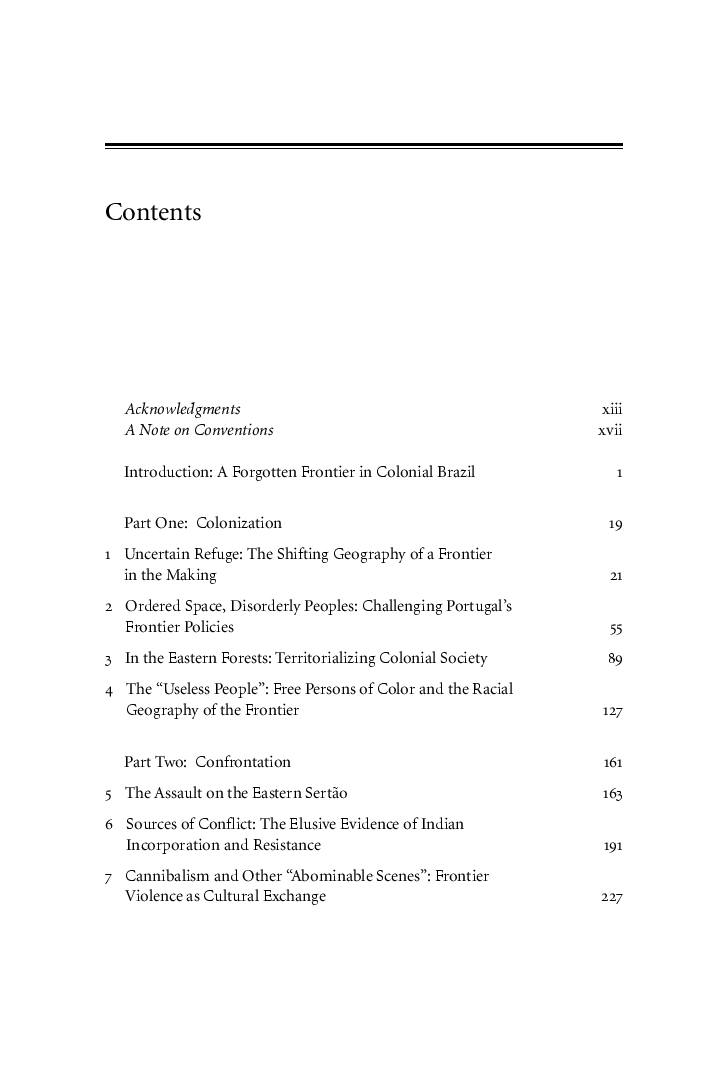