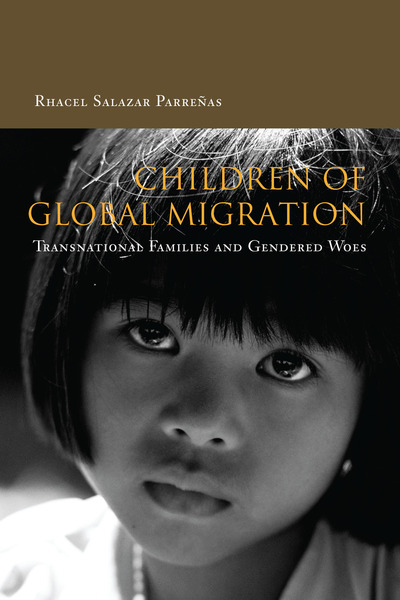 In the Philippines, a dramatic increase in labor migration has created a large population of transnational migrant families. Thousands of children now grow up apart from one or both parents, as the parents are forced to work outside the country in order to send their children to school, give them access to quality health care, or, in some cases, just provide them with enough food. While the issue of transnational families has already generated much interest, this book is the first to offer a close look at the lives of the children in these families.

Drawing on in-depth interviews with the family members left behind, the author examines two dimensions of the transnational family. First, she looks at the impact of distance on the intergenerational relationships, specifically from the children’s perspective. She then analyzes gender norms in these families, both their reifications and transgressions in transnational households. Acknowledging that geographical separation unavoidably strains family intimacy, Parreñas argues that the maintenance of traditional gender ideologies exacerbates and sometimes even creates the tensions that plague many Filipino migrant families.

Rhacel Salazar Parreñas is Professor of Asian American Studies at the University of California, Davis. She is the author of Servants of Globalization: Women, Migration, and Domestic Work (Stanford, 2001).

"In her earlier important work, Servants of Globalization, Rhacel Parreñas described the extraordinary migration of Filipinas to care jobs in the North. In this book she turns to the children left behind. Through superb interviewing, Parreñas uncovers the poignant story of absent mothers, present but unaccommodating fathers, kin helpers, and children haunted by the feeling of being left behind. These children are, Parrenas shows us, the 'fall guys' of a powerful global logic far beyond their control. This is a brilliant book we all should read."

—Arlie Hochschild, co-editor with Barbara Ehrenreich of Global Woman: Nannies, Maids and Sex Workers in the New Economy and The Commercialization of Intimate Life

"With an ethnographer's ear and a social critic's lens, Rhacel Salazar

Parreñas illuminates the care deficit of the immigrant second generation, the children of transnational Filipino families left behind by mothers and

fathers who labor in the global economy. Her uncovering of the gender paradox—the intensification of the gender division of labor, of male providers and female nurturers, despite women's wage work—is nothing less than brilliant!"

"Rhacel Parreñas provides a much needed perspective on the lives of the families of overseas contract workers. Her interviews provide us with a suggestive look into the changing dynamics of gender roles and to the reformulation of patriarchal ideology among Filipino families broken up by the demands of globalization. This is a highly instructive and eminently useful work for considering the relations between the gendering of global

labor and the conservative reconstitution of gender norms in the nation-state."

"This book greatly contributes to our understanding of the transnational family. It will raise general awareness about the all too frequently overlooked second generation in the policy regulation of immigration."

"This book makes a novel and significant contribution by addressing the children left behind in labor migration. Parreñas provides a vivid account of the severe family dislocation experienced within transnational Filipino families, and elaborates a disturbing analysis of the linkages between the discipline of the IMF, the privatization of state services in the Philippines, and transnational coping strategies of middle class Filipino families. She raises profound ethical issues about the transfer of care work from global south to global north."

"Children of Global Migration is accessibly written and clearly argued, lending itself to a useful classroom text in undergraduate courses on family, gender, immigration, childhood, and/or ethnography. It is yet another significant work in Parreñas's growing corpus of transnational scholarship."

"A fascinating study on the implications for families of large-scale temporary worker migration." 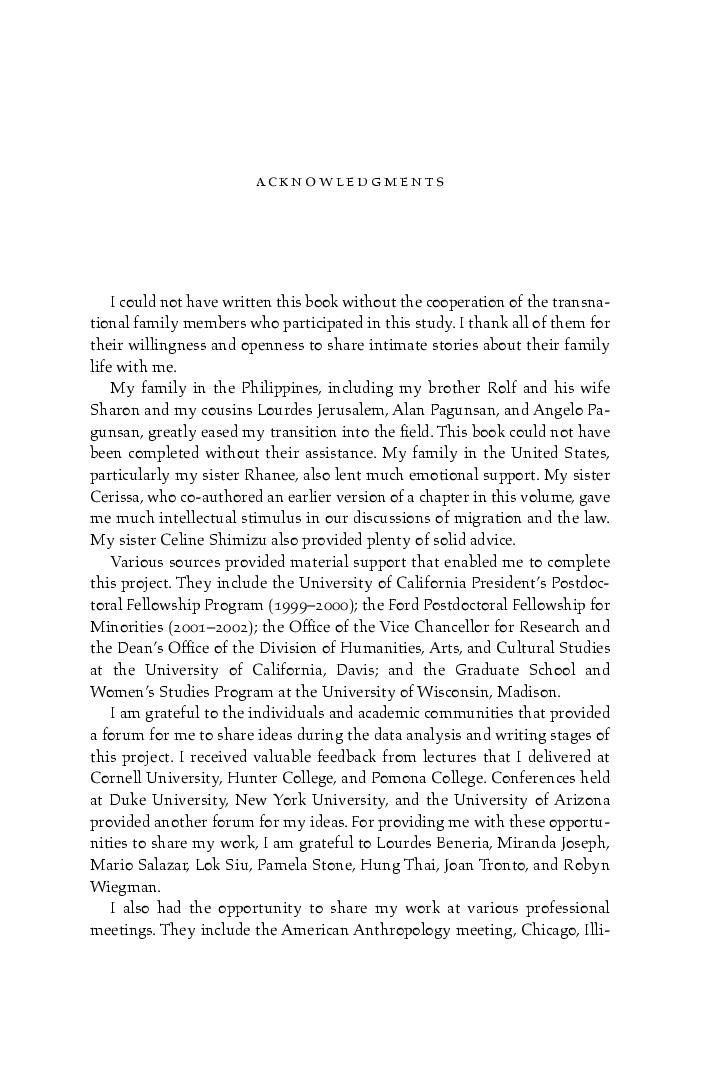 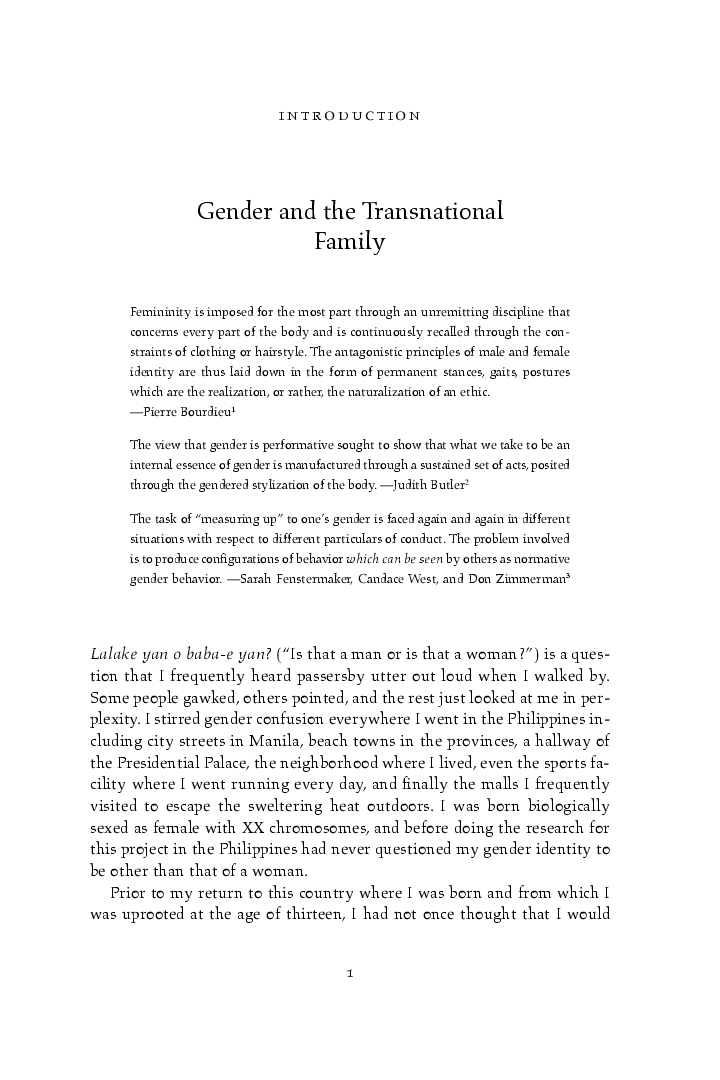