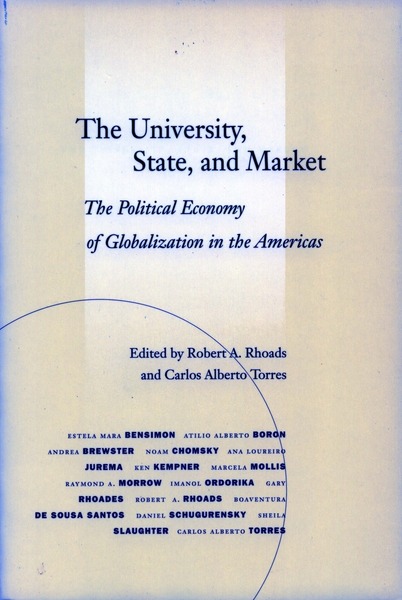 The University, State, and Market
The Political Economy of Globalization in the Americas
Edited by Robert A. Rhoads and Carlos Alberto Torres

This volume explores the complex relationships among universities, states, and markets throughout the Americas in light of the growing influence of globalization. It offers a biting critique of neoliberal globalization and its anti-democratic elements. In seeking to challenge the hegemony of neoliberal globalization, the authors highlight the ways in which corporate capitalism, academic capitalism, and increased militarization—both in the form of terrorism and in the international war against terrorism—are directing societies and institutions.

Throughout this volume, the contributors—led by Noam Chomsky, Boaventura de Sousa Santos, Raymond Morrow, Sheila Slaughter, and Atilio Boron—argue that neoliberal globalization has changed the context for academic work, research and development, science, and social responsibility at universities. They examine issues of access and social mobility, and argue that the recent push toward privatization limits the democratic and emancipatory possibilities of universities. Finally, the book explores various forms of resistance and discusses globalization in terms of social movements and global human rights.

—The Review of Higher Educationx

"This book is of utmost importance. It very clearly and cogently presents sophisticated arguments as to the various forces shaping higher education in the Americas, for good or bad, and ways in which universities can once again fulfill their public functions of contributing to the unfettered search for truth and the general well being of society. The volume is a must read!"

"I know of no book that provides a more thoughtful critical analysis of the global restructuring of higher education than this one. Rhoads and Torres have brought together a powerful set of authors. The result is a volume that can change your understanding in truly important ways."

"The University, State, and Market brings together a very knowledgeable and talented group of scholars who present a strong critical perspective on the relationship between global-local dynamics and the higher education sector in the Americas."

"Globalization is helping to restructure major institutions and social life throughout the world. A model of comparative education, the studies collected here combine critical social theory and political economy to illuminate the dialectic between globalization and higher education in Argentina, Brazil, Mexico, and the U.S. This book should interest all concerned with education, globalization, and the fate of democracy in the contemporary era."

"Robert A. Rhoads and Carlos Alberto Torres have brought together a group of thoughtful analysts who write from a broadly critical stance on the impact of globalization on higher education in the Americas." 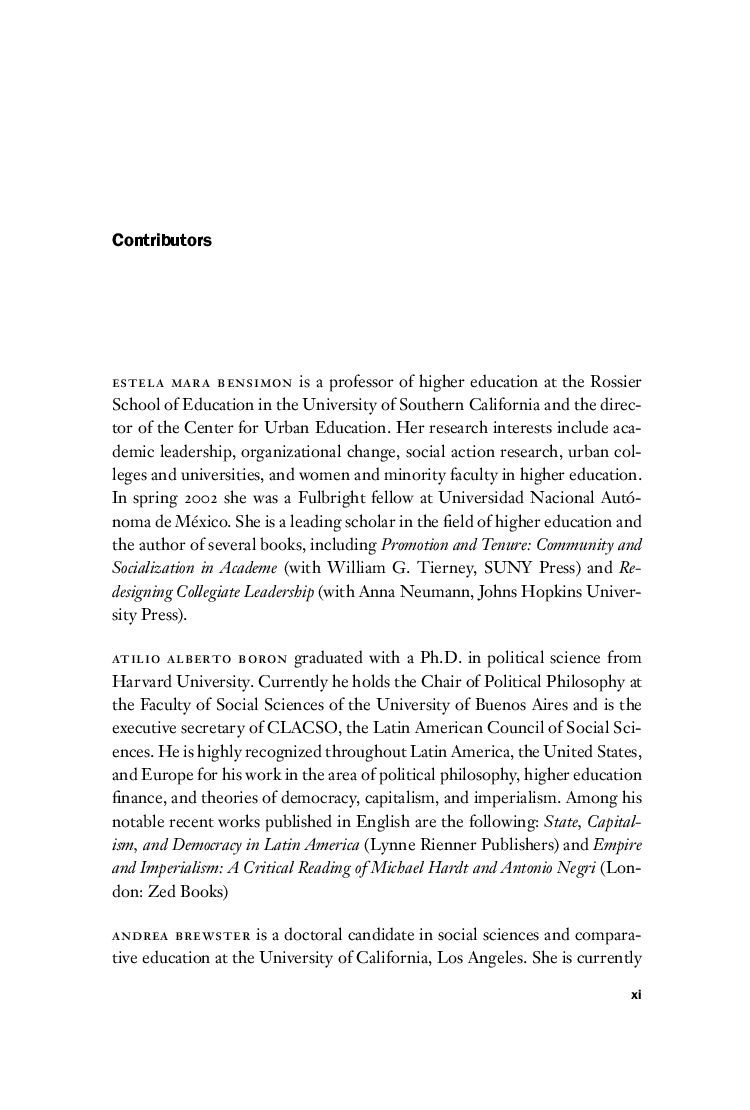 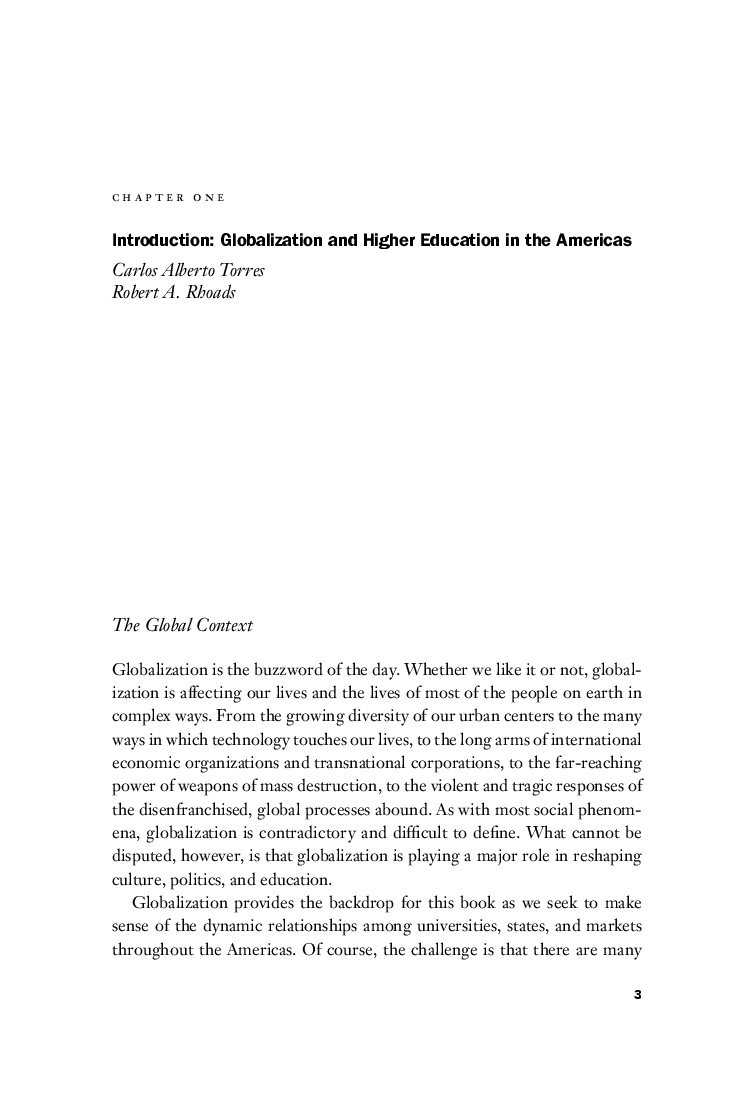 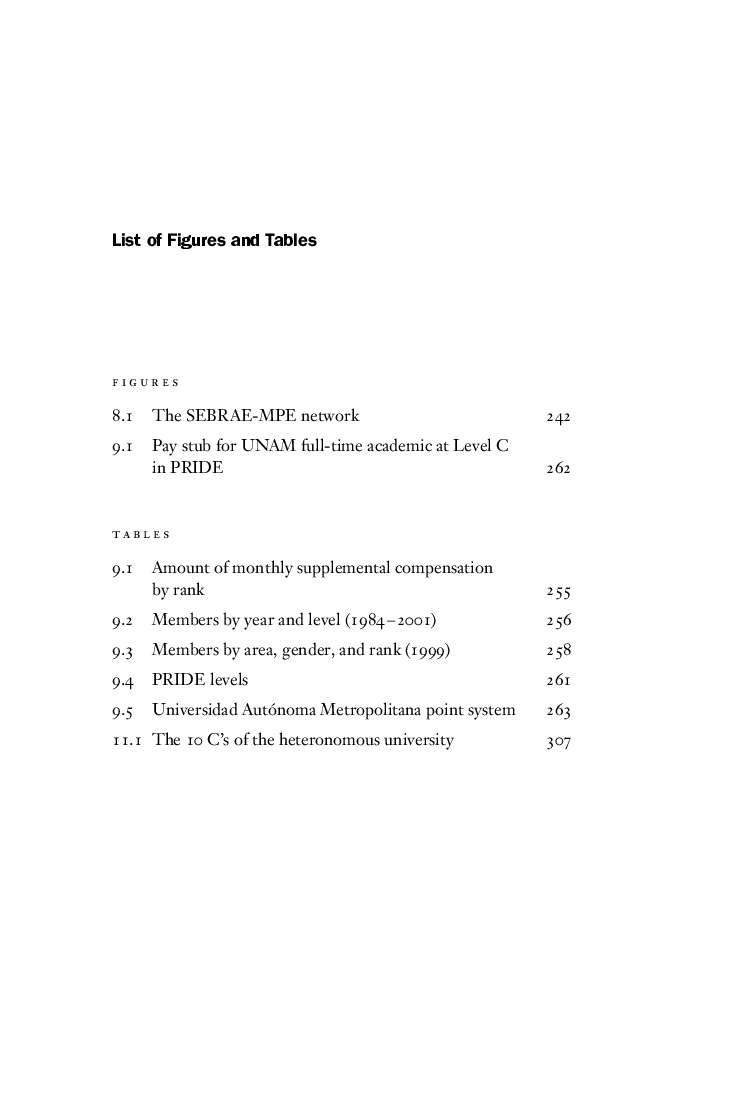 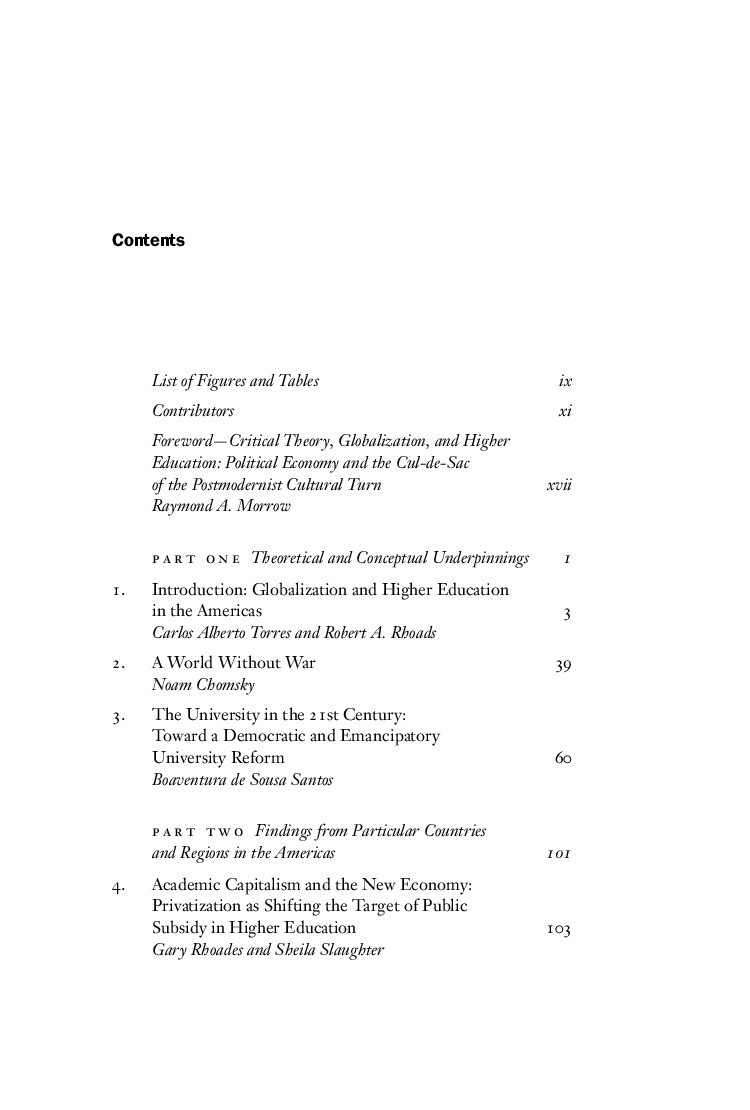