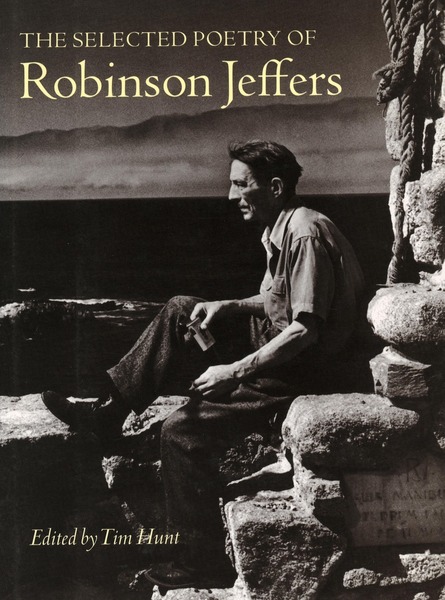 The Selected Poetry of Robinson Jeffers
Edited by Tim Hunt

In 1938 Random House published The Selected Poetry of Robinson Jeffers, a volume that would remain in print for more than fifty years. For decades it drew enough poets, students, and general readers to keep Jeffers—in spite of the almost total academic neglect that followed his fame in the 1920s and 1930s—a force in American poetry.

Now scholars are at last beginning to recognize that he created a significant alternative to the High Modernism of Pound, Eliot, and Stevens. Similarly, contemporary poets who have returned to the narrative poem acknowledge Jeffers to be a major poet, while those exploring California and the American West as literary regions have found in him a foundational figure. Moreover, Jeffers stands as a crucial precursor to contemporary attempts to rethink our practical, ethical, and spiritual obligations to the natural world and the environment.

These developments underscore the need for a new selected edition that would, like the 1938 volume, include the long narratives that were to Jeffers his major work, along with the more easily anthologized shorter poems. This new selected edition differs from its predecessor in several ways. When Jeffers shaped the 1938 Selected Poetry, he drew from his most productive period (1917-37), but his career was not over yet. In the quarter century that followed, four more volumes of his poetry were published. This new selected edition draws from these later volumes, and it includes a sampling of the poems Jeffers left unpublished, along with several prose pieces in which he reflects on his poetry and poetics.

This edition also adopts the texts of the recently completed The Collected Poetry of Robinson Jeffers (five volumes, Stanford, 1988-2000). When the poems were originally published, copy editors and typesetters adjusted Jeffers's punctuation, often obscuring the rhythm and pacing of what he actually wrote, and at points even obscuring meaning and nuance. This new selected edition, then, is a much broader, more accurate representation of Jeffers's career than the previous Selected Poetry.

Reviews of volumes in

The Collected Poetry of Robinson Jeffers

"A masterful job of contemporary scholarly editing, this book begins an edition intended to clarify a 'Jeffers canon,' establishing for times to come the verse legacy of a poet who looked on all things with the eyes of eternity."—San Francisco Chronicle

"This edition will be standard . . . a tribute and justice to a poet whose independent strength has survived to challenge personal and public canons."—Virginia Quarterly Review

"Jeffers is the last of the major poets of his generation—Frost, Stevens, Williams, Pound, Moore, Eliot—to get his collected poems. Now that the job is at hand, it is done very well. . . . Tim Hunt has been painstaking in his editorial preparation and judicious in his presentation. . . . A great poet is ready for his due."—Philadelphia Inquirer

"Few American poets are treated as well by publishers as Jeffers is by Stanford University Press. . . . These poems represent a distinctive voice in the American canon, and it is good to have them so wonderfully set forth."—Christian Century

Tim Hunt is Professor of English at Washington State University. He is the editor of The Collected Poetry of Robinson Jeffers.

"Ultimately Jeffers poems are regenerative, inspired, dynamic, and transcendent, creating an evocative and richly rewarding, even visionary, immersion in the natural world that for all its verbosity makes the world tangible and restorative. As editor Tim Hunt observes, Jeffers's work demands more than just simple contemplation of nature, but rather 'identifying with it and recognizing one's final and inevitable participation in it.'"

"[I]t is hard to see how anyone can read Jeffers's best poetry and not perceive greatness. His narrative verse rivals Wordsworth's or Byron's. It is electrifying; the skin prickles. . . . We will lose something of value if we let Jeffers slip away. He expresses California's peculiar ambience with unsurpassed vividness."

"Tim Hunt, one of the nation's leading Jeffers scholars, has done a masterful job of sorting and choosing from a huge amount of material."

"Most welcome . . . a volume for the core of American literature collections."

"The little prose Jeffers wrote is of the highest quality and the best of it is fortunately included in the back of The Selected Poetry."

"This is the second such collection. The first, from Random House in 1938, remained in print for more than 50 years. Hunt, editor of the five volumes of The Collected Poetry of Robinson Jeffers, now provides an excellent replacement."

"One of the major virtues of this selection is its appeal to ecologically-oriented readers. . . . From any critical angle or interest, this Selected Poetry is the best entry into Jeffers's major work."

"No other American poet has so emphatically preached the saving graces of nature, from galaxies to granite. Jeffers is more than the consummate poet of California and the Pacific Ocean, as many East Coast literati have called him with condescension. He is a poet of transhuman beauty, of disturbing prophecy. Freed from the shackle of his narrative poems, he stands as the preeminent American poet of nature, ecology, and science . . . he is one of our most important writers." 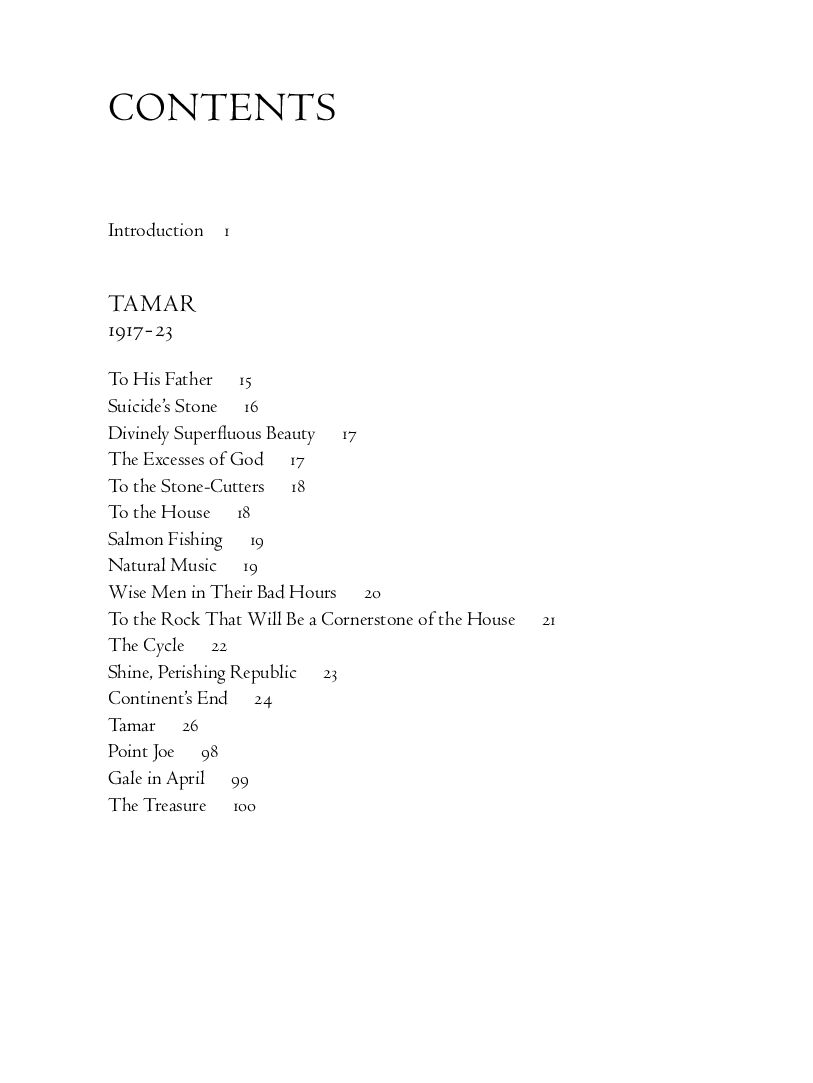