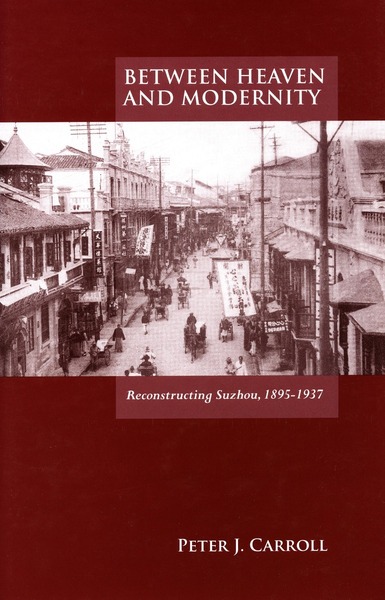 Combining social, political, and cultural history, this book examines the contestation over space, history, and power in the late Qing and Republican-era reconstruction of the ancient capital of Suzhou as a modern city. Located fifty miles west of Shanghai, Suzhou has been celebrated throughout Asia as a cynosure of Chinese urbanity and economic plenty for a thousand years. With the city's 1895 opening as a treaty port, businessmen and state officials began to draw on Western urban planning in order to bolster Chinese political and economic power against Japanese encroachment. As a result, both Suzhou as a whole and individual components of the cityscape developed new significance according to a calculus of commerce and nationalism. Japanese monks and travelers, Chinese officials, local people, and others competed to claim Suzhou’s streets, state institutions, historic monuments, and temples, and thereby to define the course of Suzhou’s and greater China’s modernity.

"Carroll's rigorsly researched and cogently argued study... is a model of how to combine both spatial and historical analyses. Through detailed examinations of urban planning, historical preservation, and architectural history, Carroll shows how seemingly abstract ideas about national identity and modern life took concrete form in Suzhou and linked the city to the nation and the world beyond."

"Carroll's book covers a lot of ground in a very sophisticated way. The case study approach makes for a very engaging read, and also leaves plenty of room for other work on Suzhou's modern transition... The questions Carroll raises are important, the documentation he cites in answering them is rich, and his writing is generally clear and graceful."

"In his exploration of the impact of modernity in Suzhou, Carroll integrates the cultural historian's interest in symbolic space with the social and economic historian's more familiar concerns about community and class. The result is an imaginative cook that... may well help reshape the writing of modern Chinese history."

"In this engrossing cultural history, Peter Carroll has taken on quite a few sacred cows from venerable historians who imagined an eternal Suzhou to the founder of Chinese architectural history. Other scholars have critiqued nationalistic history and Eurocentric definitions of modernity, but Carroll has gone one step further; taking as his analytic focus space in its discursive, symbolic, and material formations, he has redefined the grounds of writing modern Chinese history. Theoretically informed, meticulously researched and smartly written, this book will be read for both what he said and how he said it."--Dorothy Ko, Barnard College

"This marvelously rich book describes the ways in which ideas of "tradition" and "modernity" are mapped onto symbolic spaces, such as historical sites (whose presence and preservation are re-imagined as essential to a modern republic) and new roads (intended for industry, but instead co-opted by decadent leisure practices). As the author shows us, in early twentieth-century Suzhou, "tradition" became an object of consumption, while the much sought after "modernity" proved chimerical and multifarious. The author is to be commended for his attention to contradiction, paradox, and irony, as well as his deft use of primary sources."

"Carroll's work masterfully presents the complexity of urban change in China's living 'city of antiquities.' The work will be well received by anyone interested in a broad range of topics in Chinese history, including urban studies, art history, cultural studies, Sino-Japanese relations, and architecture, as well as general Chinese social and cultural history. It will also be noteworthy for scholars working on the cultural impact of development in other parts of the world."

"The book is a wonderfully thoughtful piece. Rooted in archival research employing a wide variety of Chinese and Japanese sources, and informed by contemporary analyses of urban spaces and their impact on culture, it adds greatly to a growing, and fascinating, corpus of scholarship on urban change in China."

"Peter Carroll's title deftly positions Suzhou's modern transformations somewhere in the conceptual disjuncture between older and newer ideals of transcendence. In this creative and engagingly written cultural history, fragments of the material city give rise to meditations on the place of both the past and the local in the construction of the modern Suzhou from Chinese scholarship, which has emphasized the economic and political modernization of the city." 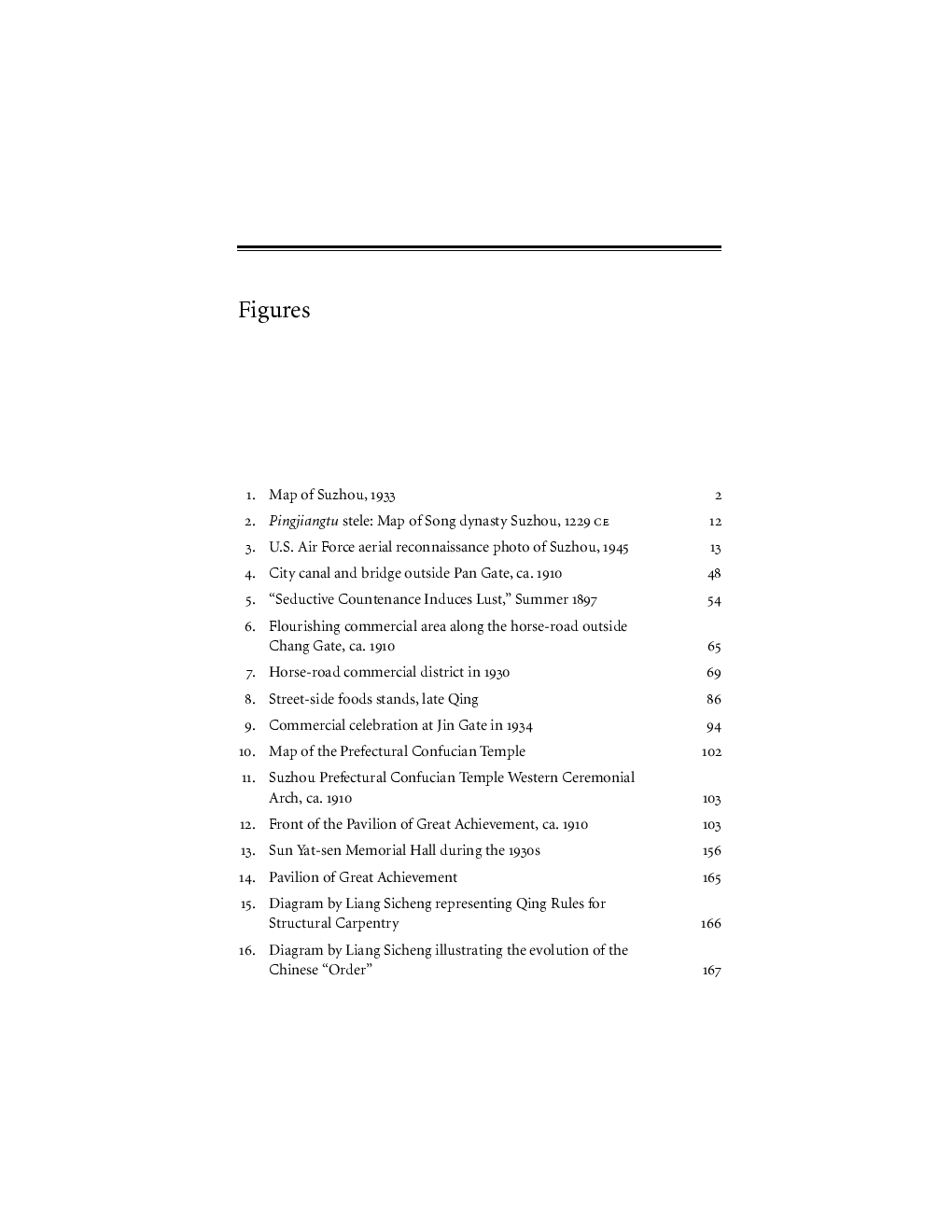 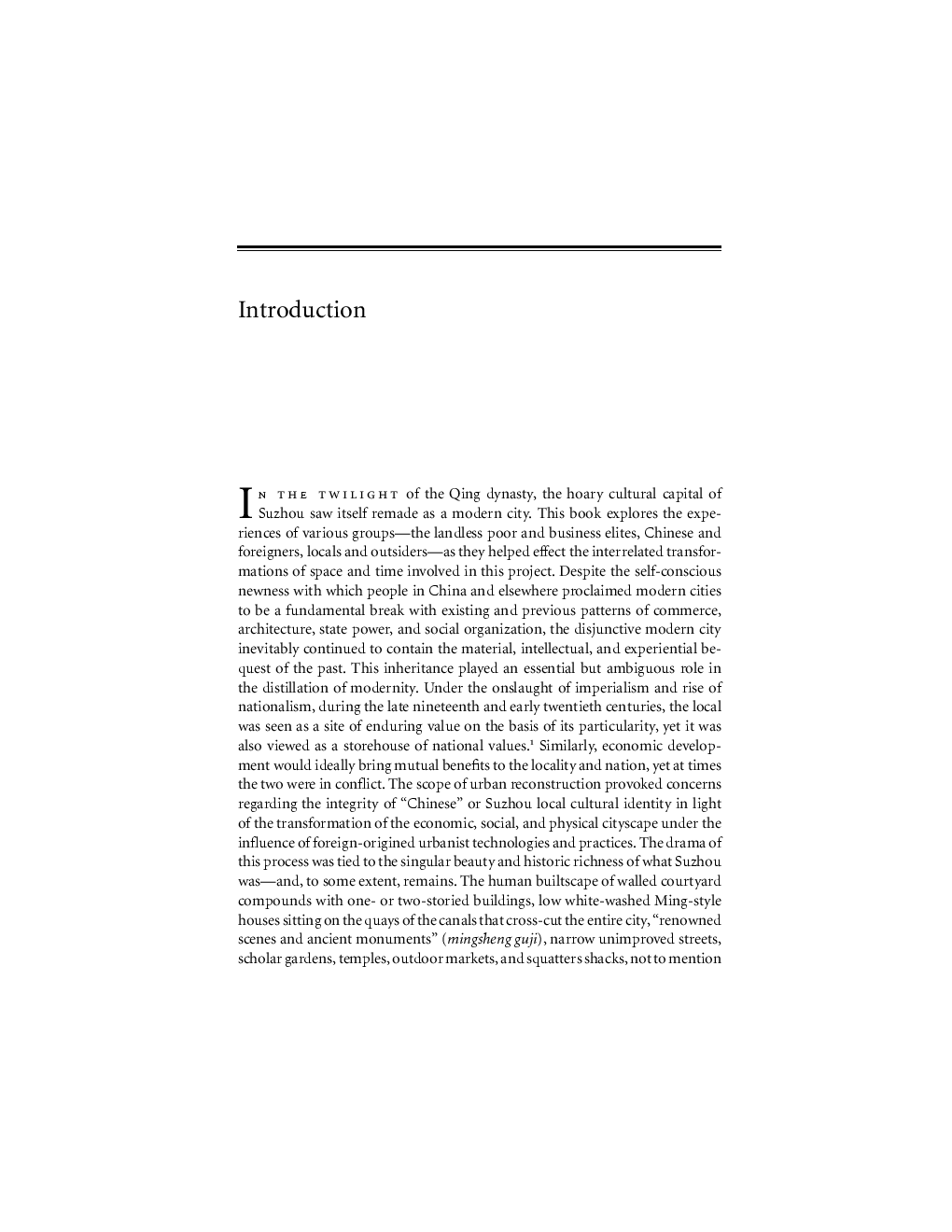 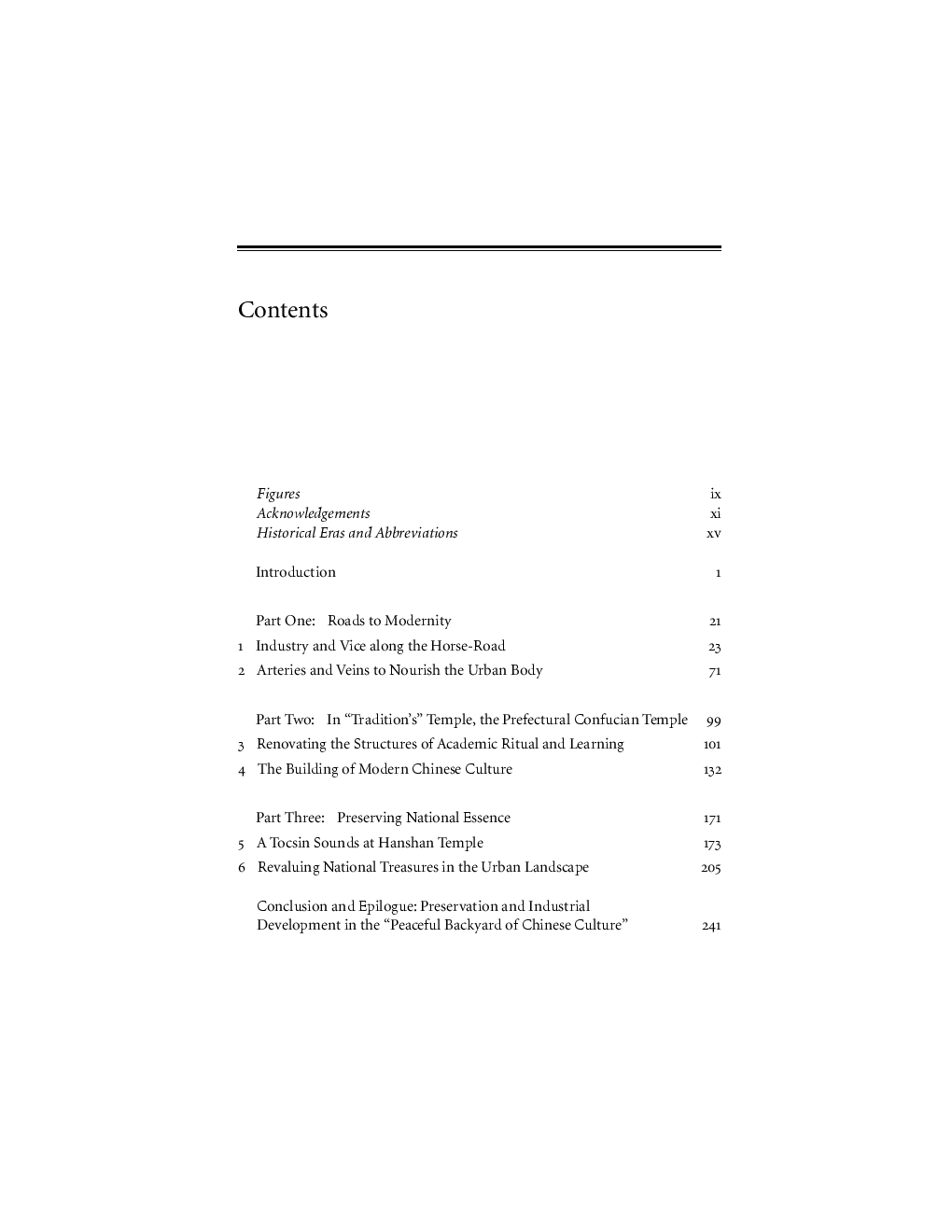