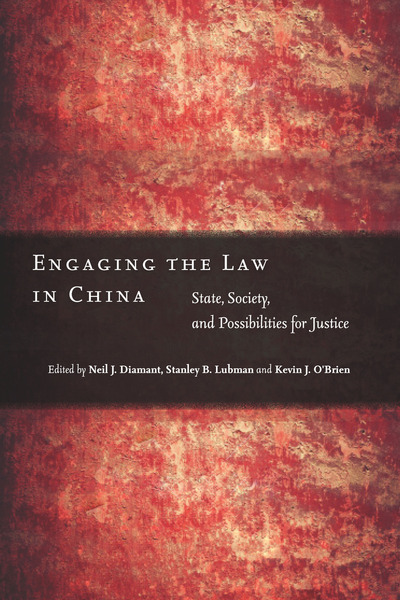 Engaging the Law in China
State, Society, and Possibilities for Justice
Edited by Neil J. Diamant, Stanley B. Lubman, and Kevin J. O'Brien

This interdisciplinary book of essays addresses critical issues arising from the emergence of legal process and legal institutions in contemporary China. The introduction by the editors and the individual chapters attempt, for the first time, to bring to bear on the study of Chinese law the law-and-society scholarship that has enriched Western legal studies.

Neil J. Diamant is Associate Professor of Asian Law and Culture at Dickinson College. Stanley B. Lubman is a specialist on Chinese law and advisor to The Asia Foundation, Lecturer at Boalt Hall, University of California, Berkeley, and author of Bird in a Cage: Legal Reform in China after Mao (Stanford, 2000). Kevin O'Brien is Professor of Political Science at the University of California, Berkeley.

"This remarkable, perspective-setting study of the evolutions in Chinese law and its place in a changing society [is] highly beneficial. One can only strongly encourage this type of research, whose multidisciplinary ambitions allow us to grasp, if not in its entirety, at least certain important aspects of a process that tends to make the law the best ally of an emerging social justice."

"Engaging the Law in China successfully spans the gap between different approaches to Chinese legal studies, and I hope we will see more along this line in the future. This book is highly recommended"

"This book is an intrepid and worthy entry into the literature examining China's rapidly developing legal institutions, and especially laudable as a precedent for future investigations into the topic."Cambridge Law Journal

"Their Diamant, Lubman, OBrien insights into the roles played by regulators, mediators, arbitrators, police, prosecutors, judges, legislators, and other local government and Communist Party officials leave no doubt that, however limited, imperfect and distinctive Chinas legal processes may be, there is a legal system at work in the P.R.C. and it is ever more important to the polity, economy and society of 1.3 billion people."

"Engaging the Law in China heralds a rich set of findings in a promising field of study. It not only serves as an important benchmark for future research on the law in contemporary China but also for studies of Chinese state-society relations, past and present. This volume will make an important addition to any course considering these issues."

"[T]his book is a valuable contribution to research on contemporary China. It can and should be read by individuals with a specific interest in Chinese legal studies, as well as by those with a general interest in state-society relations in the Chinese context."

"This important book offers glimpses of this tension between state instrumentalism and social idealism and will be an invaluable addition to the growing literature on Chinese law."

"By exploring the means through which Chinese law is used by diverse groups against a multitude of parties, the authors of this work offer a refreshing outlook on the advancement of citizen's rights in China."

"This book truly stands alone as most of its chapters are not written by scholars with legal training but by social scientists for whom legal issues are at the core of the fieldwork." 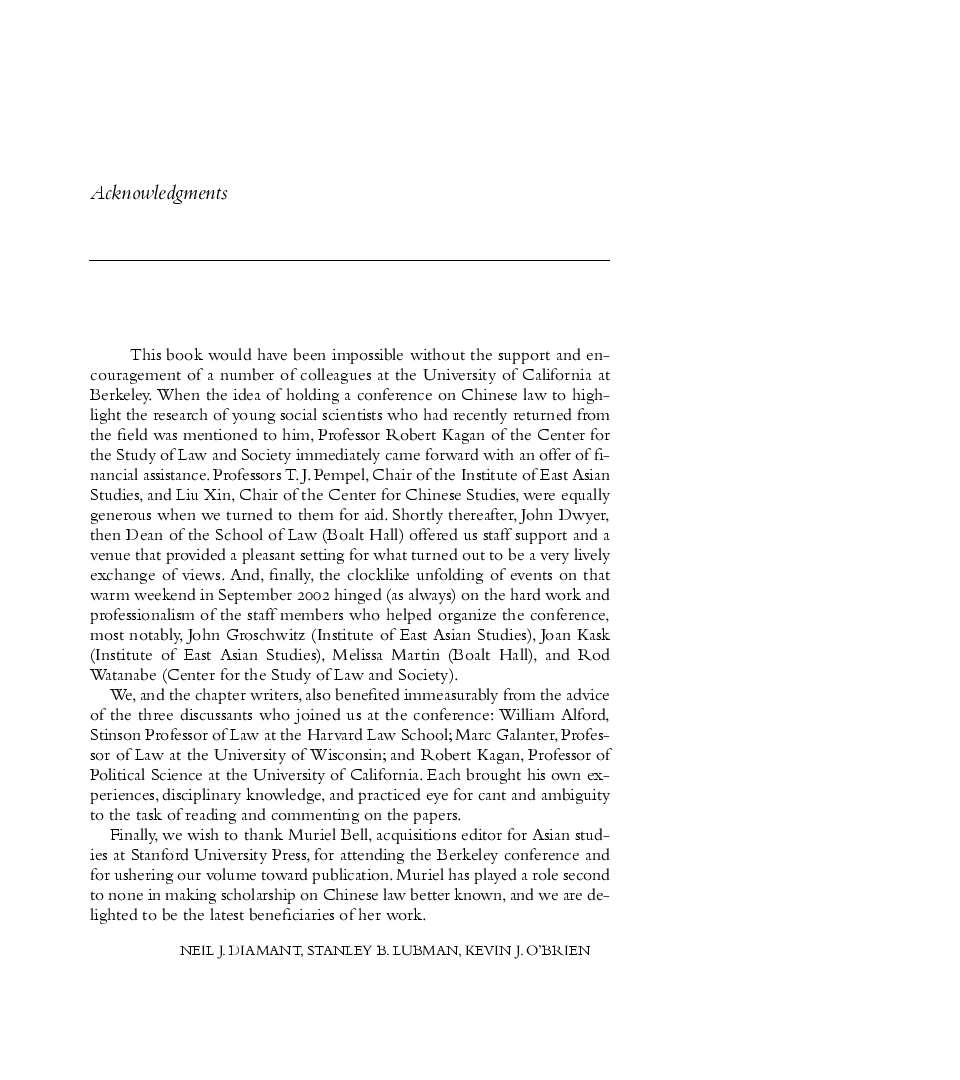 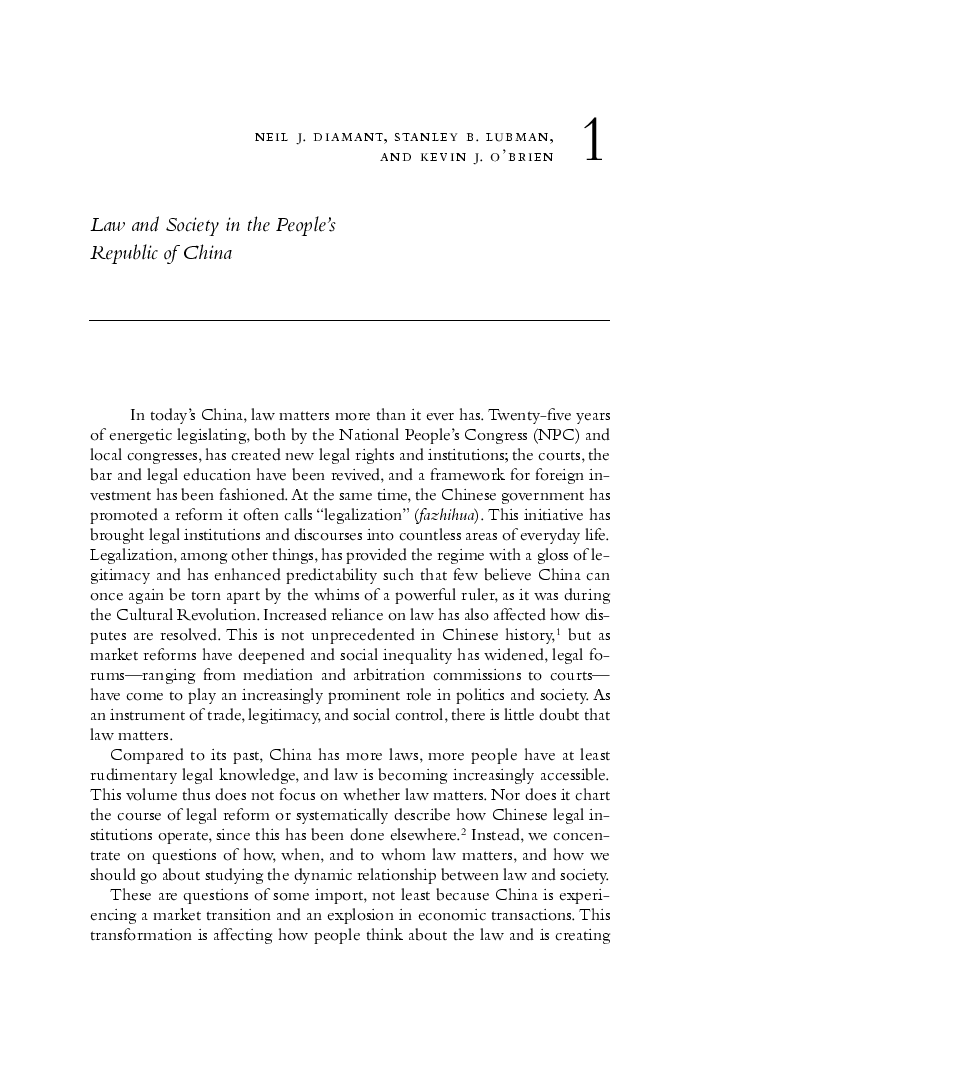 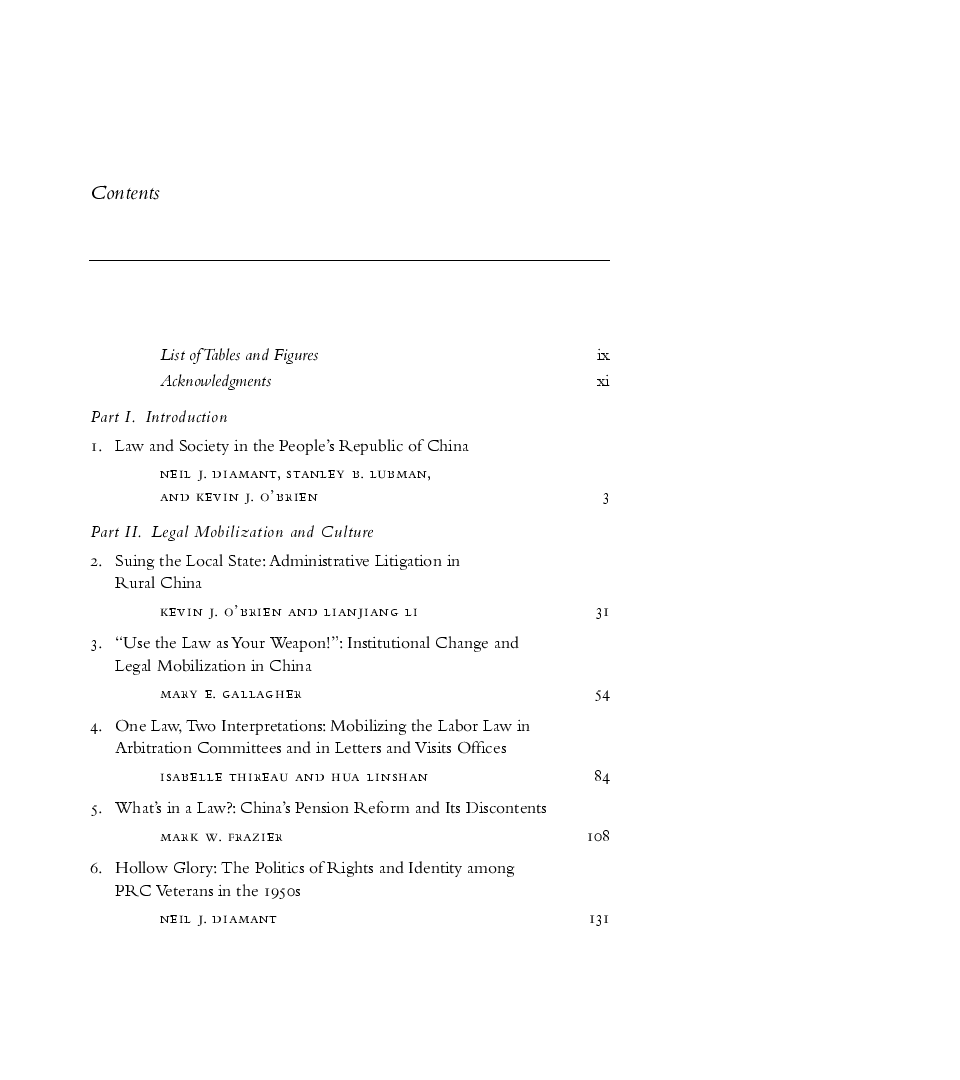 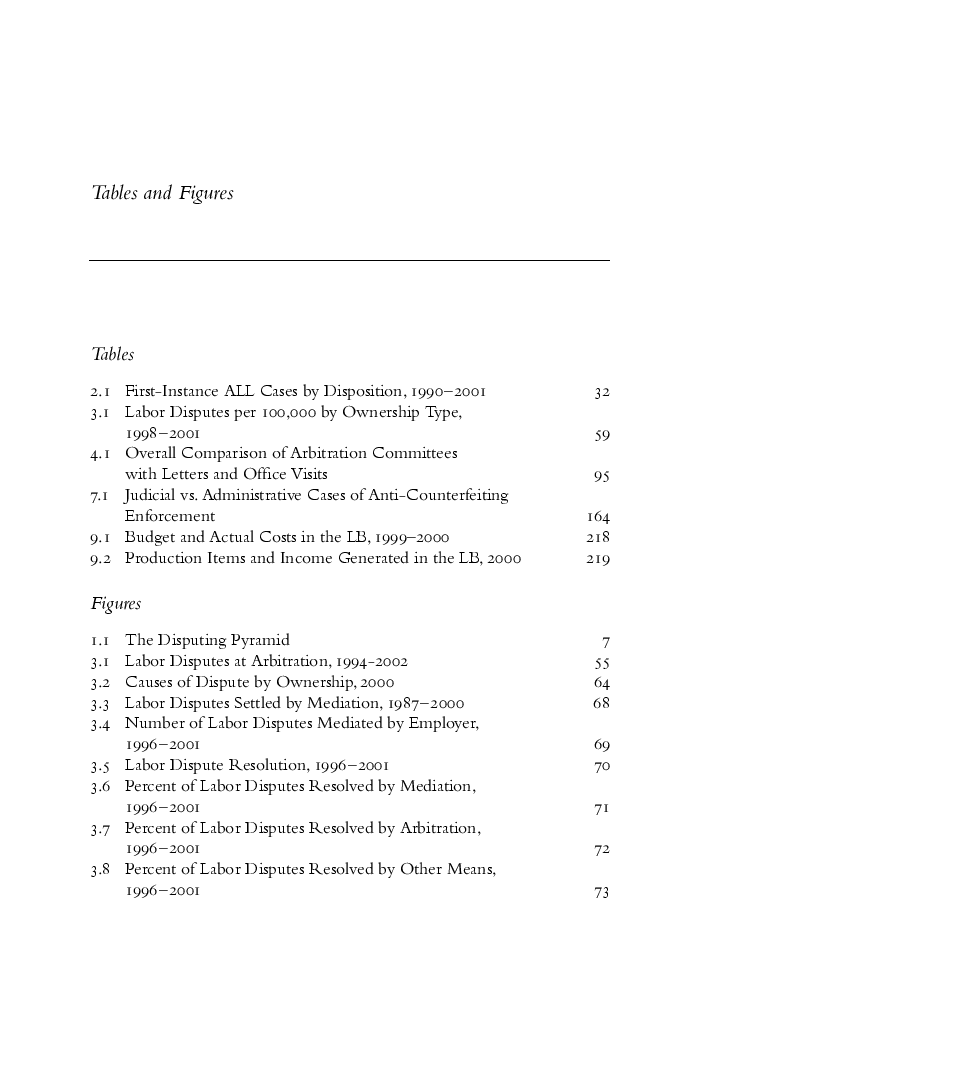