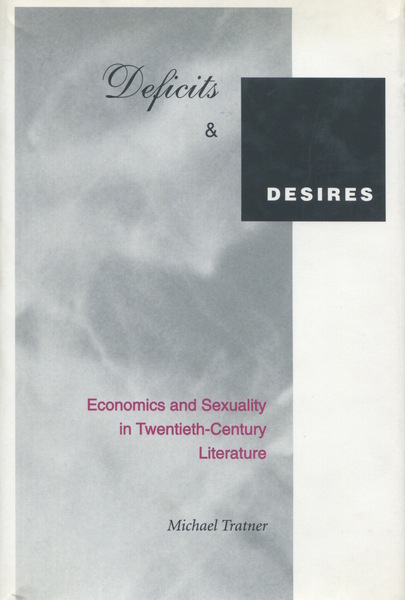 This book examines the effects on literary works of a little-noted economic development in the early twentieth century: individuals and governments alike began to regard going into debt as a normal and even valuable part of life. The author also shows, surprisingly, that the economic changes normalizing debt paralleled and intersected with changes in sexual discourse.

In Victorian novels, sex and debt are considered dangerous activities that the young should avoid in order to save and invest toward eventual marriage and a home. In twentieth-century texts, however, it often seems acceptable to go into debt and engage in sex before marriage. These literary representations followed social transformations as both economic and sexual discourse moved from the logic of saving and production to the logic of circulation. In Keynesian economics and consumerism, governments and individuals were actually encouraged to borrow and to spend more in order to increase demand and keep money circulating. In twentieth-century sexual treatises, people were similarly encouraged to indulge their desires, as pent-up states were considered as deleterious to the physical body as they were to the economic.

In this book, the author traces these social transformations by examining twentieth-century literary works and films that are structured around contrasts between repressive and expansive forms of economics and sexuality. He studies a range of authors, including James Joyce, F. Scott Fitzgerald, Virginia Woolf, Ezra Pound, Zora Neale Hurston, and Frank Capra. The book ends with the 1960s, because after that decade deficits no longer seemed the cure for anything, and the advocacy of sexual indulgence dwindled. For half a century, however, the intersections of sexual and economic discourses created a sense that society was on the verge of a vast transformation. The artists studied in this book were fascinated by such a prospect, but remained ambivalent, as it seemed that their dreams of escaping dull bourgeois life and ending repression were becoming true because of the influence of the crassest economic policies.

"Tratner has broached a compelling topic and offers fresh readings of modernist texts."