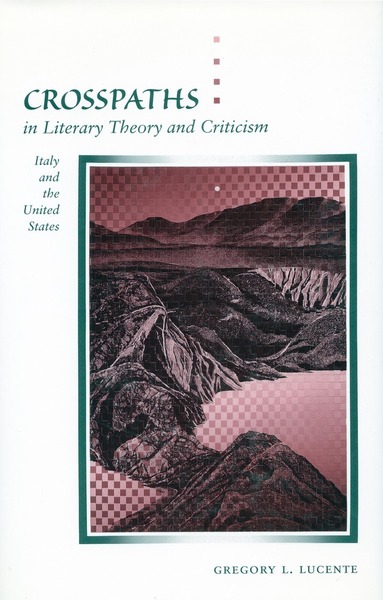 Crosspaths in Literary Theory and Criticism traces several of the most recent trends in both the Italian and the American critical traditions, exploring the points at which the two traditions intersect or for specific reasons fail to intersect. Though the primary focus is on literary questions, attention is also given to the broader concerns of the creative force of culture and, when relevant, to economic, social, and political phenomena. Throughout, it aims to illuminate not only the forms of literary and critical discourse but also their underlying generative principles—their ideologies.

The book is in three parts. Part I studies recent theoretical trends, including deconstruction, Marxism, and feminism; critical pluralism; the history of Marxist critique; and the use of the thought of Antonio Gramsci in recent cultural studies. Part II discusses the views of Italian writers (principally Giambattista Vico and Gramsci) who have engaged the problems of the historical imagination; history and myth in Luigi Pirandello's last plays; and the depiction of social life in the "historical" novels of Elsa Morante, William Faulkner, and Mario Vargas Llosa.

Part III considers the reaction in the United States to the discovery of the wartime writings of Paul de Man and to the "against theory" debate. The book concludes by setting forth a model of cultural analysis that avoids the mystifications of Gianni Vattimo's "weak thought" and the reductive drawbacks of Marxist views of literary production and expression (both Italian and American) as well as suggesting the advantages of recent materialist perspectives, in the process delineating the differences between modernism and postmodernism.

“This is an important work that gives an original analytical account of prevalent modes of critical thought (deconstruction, feminism, Marxism) from the standpoint of the philosophical theories of Vico and Gramsci. Lucente’s passionate critique of the sundry narcissistic and self-enclosed shapes of modern thought in terms of the consciousness of history is fresh and persuasive, and the economy and crispness of his writing is admirable.”—Giuseppe Mazzotta, Yale University