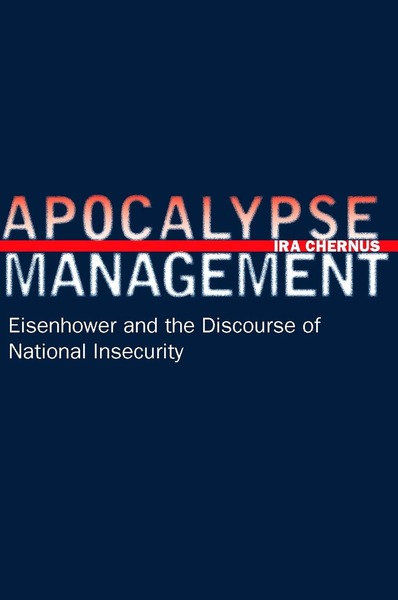 For eight years President Dwight Eisenhower claimed to pursue peace and national security. Yet his policies entrenched the United States in a seemingly permanent cold war, a spiraling nuclear arms race, and a deepening state of national insecurity. Ira Chernus uncovers the key to this paradox in Eisenhower's unwavering commitment to a consistent way of talking, in private as well as in public, about the cold war rivalry. Contrary to what most historians have concluded, Eisenhower never aimed at any genuine rapprochement with the Soviet Union. He discourse always assumed that the United States would forever face an enemy bent on destroying it, making national insecurity a permanent way of life. The "peace" he sought was only an endless process of managing apocalyptic threats, a permanent state of "apocalypse management," intended to give the United States unchallenged advantage in every arena of the cold war. The goal and the discourse that supported it were inherently self-defeating. Yet the discourse is Eisenhower's most enduring legacy, for it has shaped U.S. foreign policy ever since, leaving us still a national insecurity state.

Ira Chernus is Professor of Religious Studies at the University of Colorado at Boulder. He is the author of Eisenhower's Atoms for Peace (2002) and, most recently, of Monsters to Destroy: The Neoconservative War on Terror and Sin (2006).

"Here is the first authoritative study of Eisenhower and his presidential moment which accounts properly for the decisive aspect of religion in his conception of the cold war and its conduct. Chernus has done us all an immense, intellectual favor."

"In this provocative and deeply absorbing book, Ira Chernus argues powerfully that the Eisenhower administration, through its use of what he calls apocalypse management, consistently undermined Americas sense of security. It is a paradigm that endures, moreover, which is what gives this study its great contemporary resonance. A most impressive work."

"Chernus challenges the reader by presenting a different, more negative view of Eisenhower that will serve as an antidote to the image of the wise, cautious, and benign man that historians have come to know." 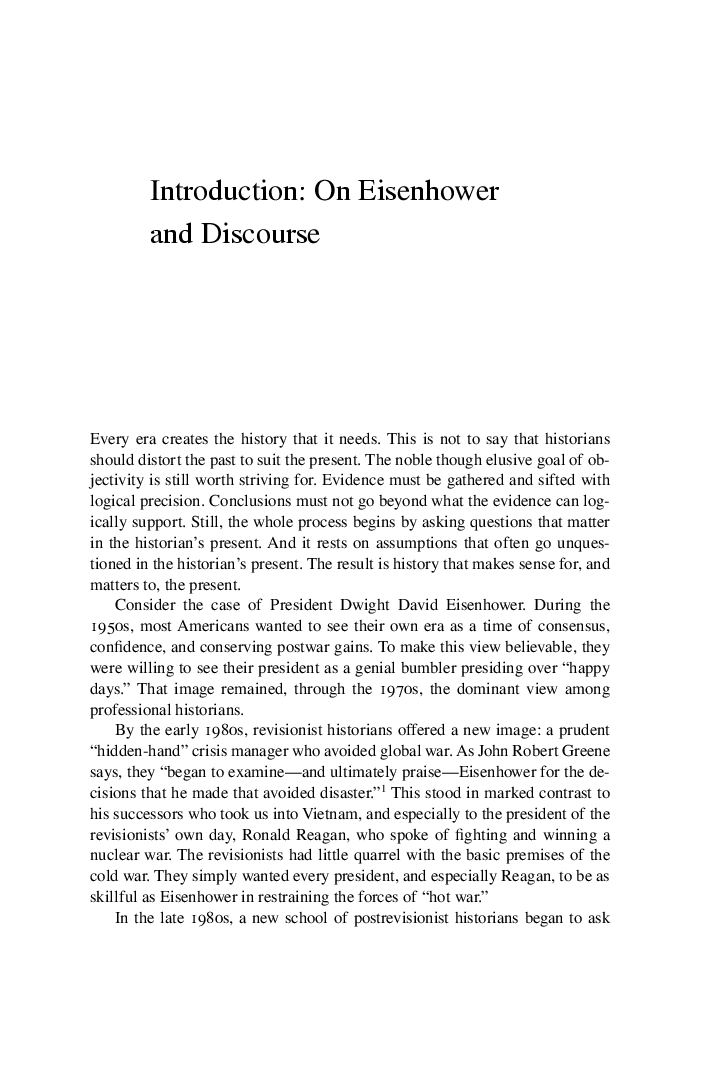 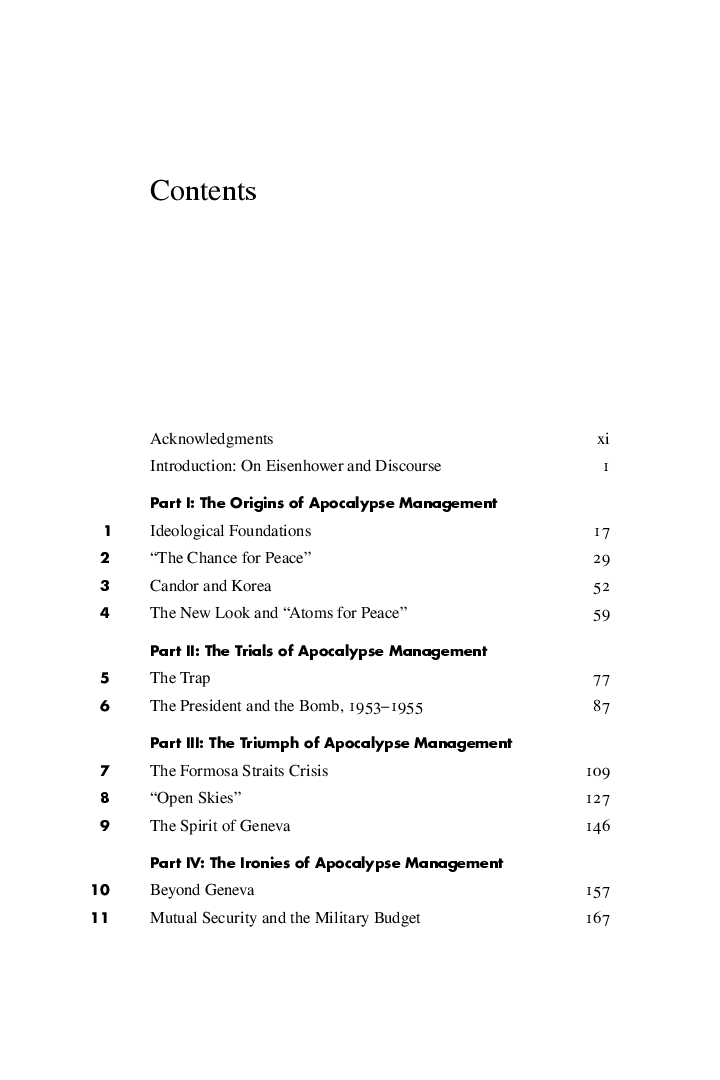