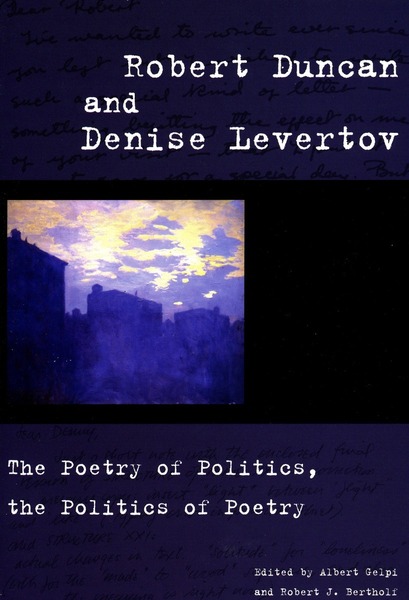 Robert Duncan and Denise Levertov
The Poetry of Politics, the Politics of Poetry
Edited by Albert Gelpi and Robert J. Bertholf

This collection of essays, written for this volume and often using unpublished and archival materials, converges around the usually close and intense relationship between Robert Duncan and Denise Levertov, two of the most important and remarkable American poets in the second half of the twentieth century. Their association, played out in their poems and in an extraordinary exchange of letters, was based on a sense of the visionary imagination informing the direction and shape of the poet. However, they had a falling out during the Vietnam crisis over the relationship between poetry and politics, between the private and public responsibilities of the poet.

Such issues are vital not only to their poetry and the poetry of that period but to contemporary poetry as well. A distinguished group of critics, led by Albert Gelpi and Robert J. Bertholf, examines the issues that drew Levertov and Duncan together, and split them apart, in a book that has the openness and coherence of an urgent, contemporary dialogue about the form and meaning of poetry.

Albert Gelpi is William Robertson Coe Professor of American Literature, Emeritus, at Stanford University. Robert J. Bertholf is Charles D. Abbott Scholar of Poetry and the Arts in The Poetry Collection, University Libraries, State University of New York at Buffalo. Together, Gelpi and Bertholf are the editors of The Letters of Robert Duncan and Denise Levertov (Stanford University Press, 2004).

"This book is a companion to Stanford University Press's The Letters of Robert Duncan and Denise Levertov, and will greatly amplify the value of The Letters. One of the truly impressive aspects of the present volume is the admirable even-handedness with which the two poets are treated. This volume does one complex thing and does it very well: it makes the conflict between Levertov and Duncan come alive in the fullness of its political and poetic implications. It also makes a signal contribution by engaging with the huge Duncan-Levertov correspondence and demonstrating what a rich treasure trove it is. This study will be the definitive treatment of a very significant controversy." 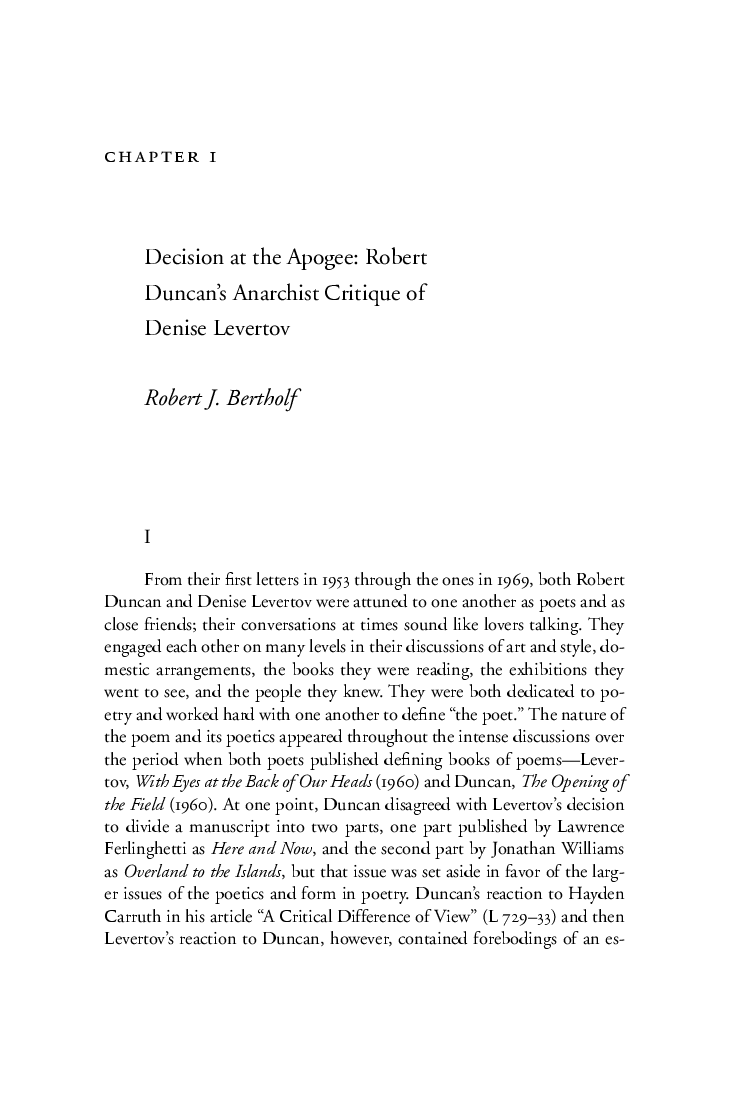 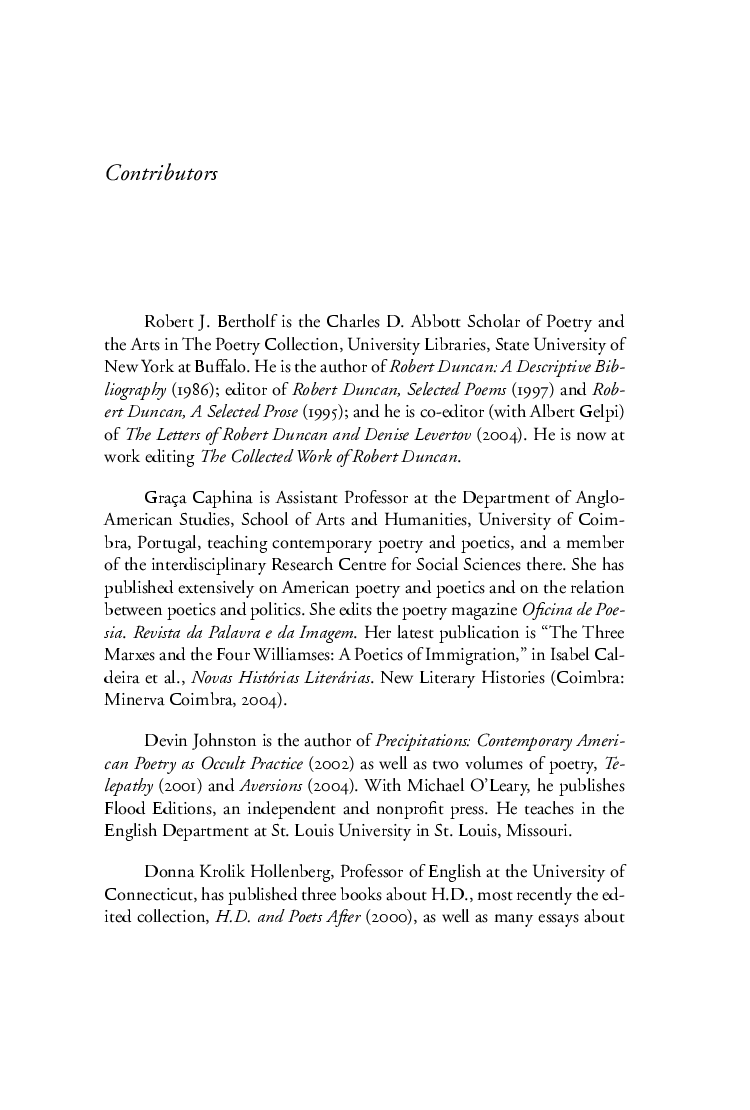 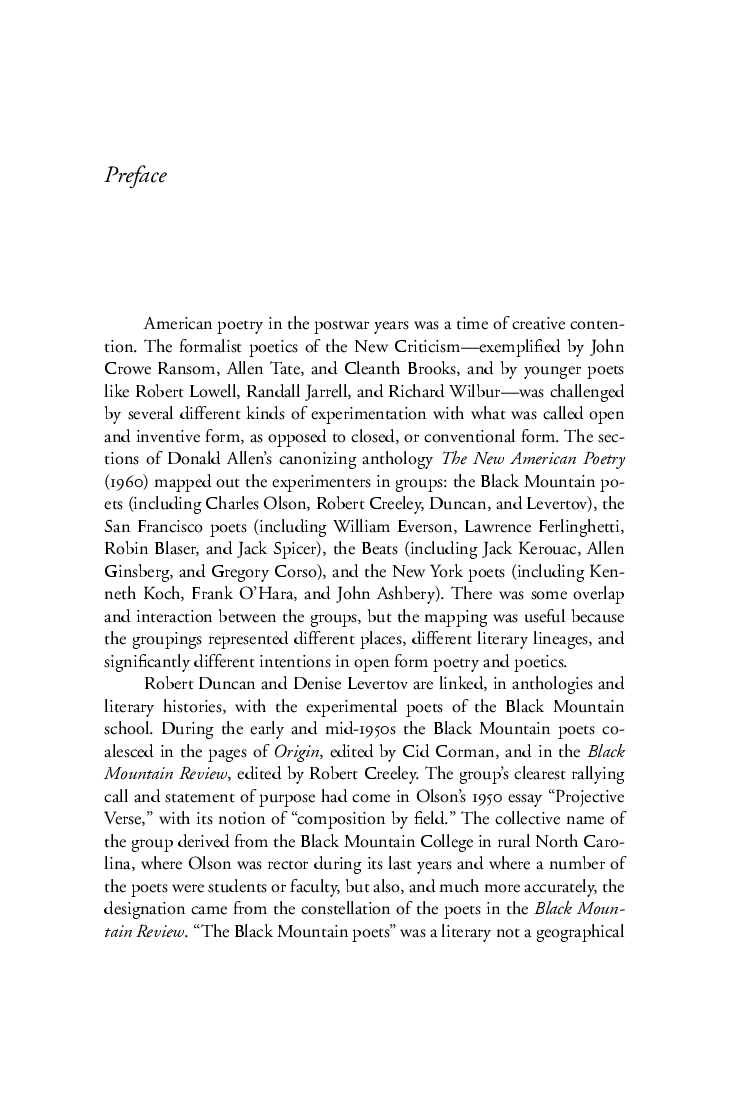 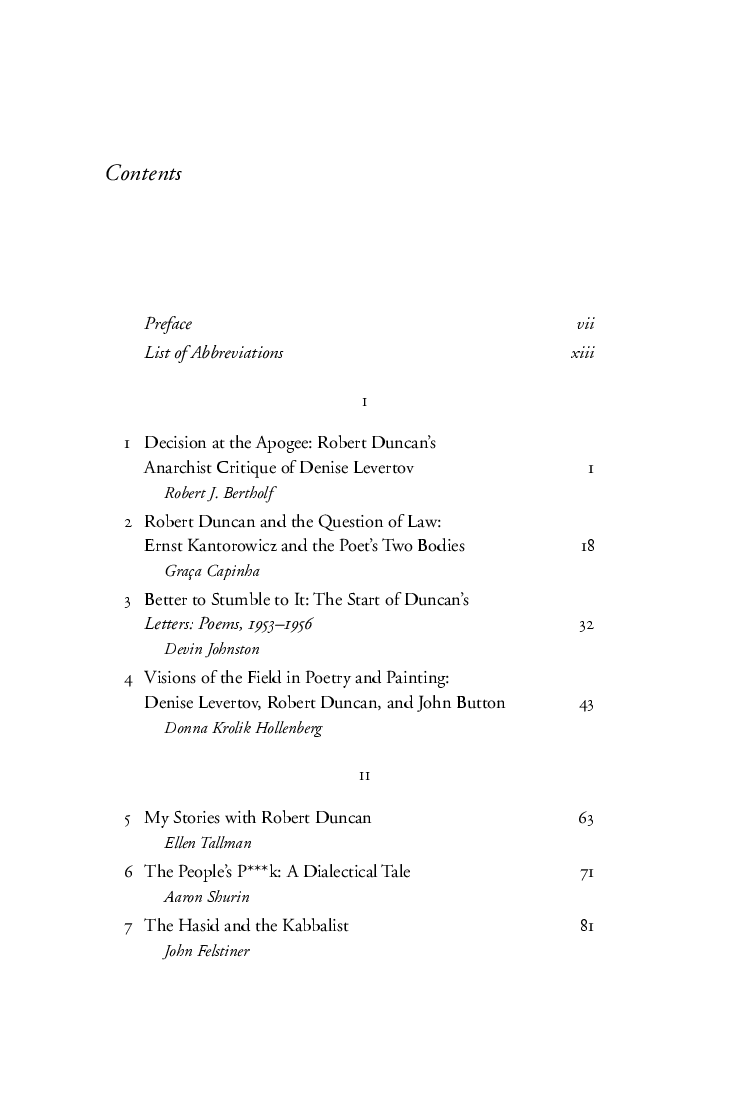