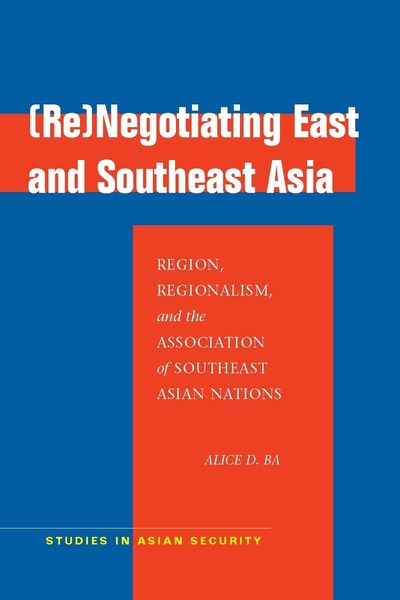 This book seeks to explain two core paradoxes associated with the Association of Southeast Asian Nations (ASEAN): How have diverse states hung together and stabilized relations in the face of competing interests, divergent preferences, and arguably weak cooperation? How has a group of lesser, self-identified Southeast Asian powers gone beyond its original regional purview to shape the form and content of Asian Pacific and East Asian regionalisms?

According to Alice Ba, the answers lie in ASEAN's founding arguments: arguments that were premised on an assumed regional disunity. She demonstrates how these arguments draw critical causal connections that make Southeast Asian regionalism a necessary response to problems, give rise to its defining informality and consensus-seeking process, and also constrain ASEAN's regionalism. Tracing debates about ASEAN's intra- and extra-regional relations over four decades, she argues for a process-driven view of cooperation, sheds light on intervening processes of argument and debate, and highlights interacting material, ideational, and social forces in the construction of regions and regionalisms.

Alice D. Ba is Associate Professor of Political Science and International Relations and Director of Undergraduate Studies at the University of Delaware

"There are two main reasons for highly recommending this study. First, the arguments advanced here are built on painstaking empirical work based on archival and interview-based study. Second, Ba's book is by far the most incisive study of the unstated rationales that inform ASEAN's founding and continued role in East Asian security . . . With its comprehensive scope, sophisticated arguments, and lucid narrative, this book is essential reading for beginners and scholars alike."

"In this stimulating work, Ba provides a new interpretation that fills important gaps in our understanding of ASEAN. Her theoretical categories and empirical analysis allow her to come closer than most in capturing the spoken and unspoken rationales behind ASEANs actions and policies—and in ways that the policymakers of the region will recognize and applaud. A must-read for all those who want to come to grips with the regional architecture of East and Southeast Asia." 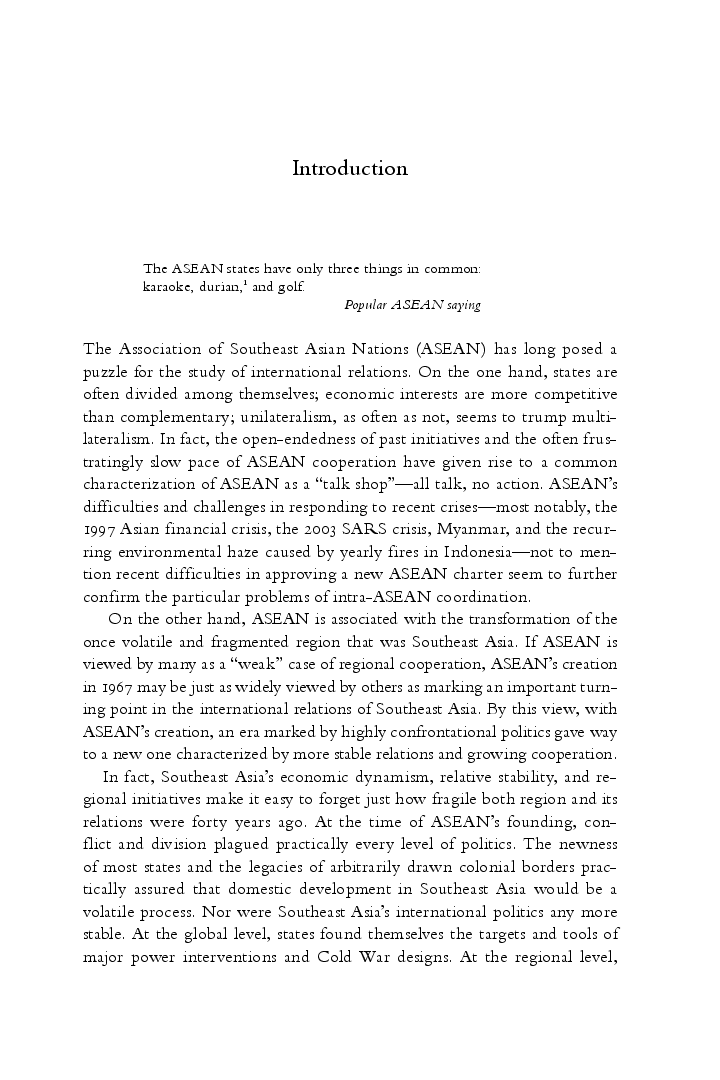 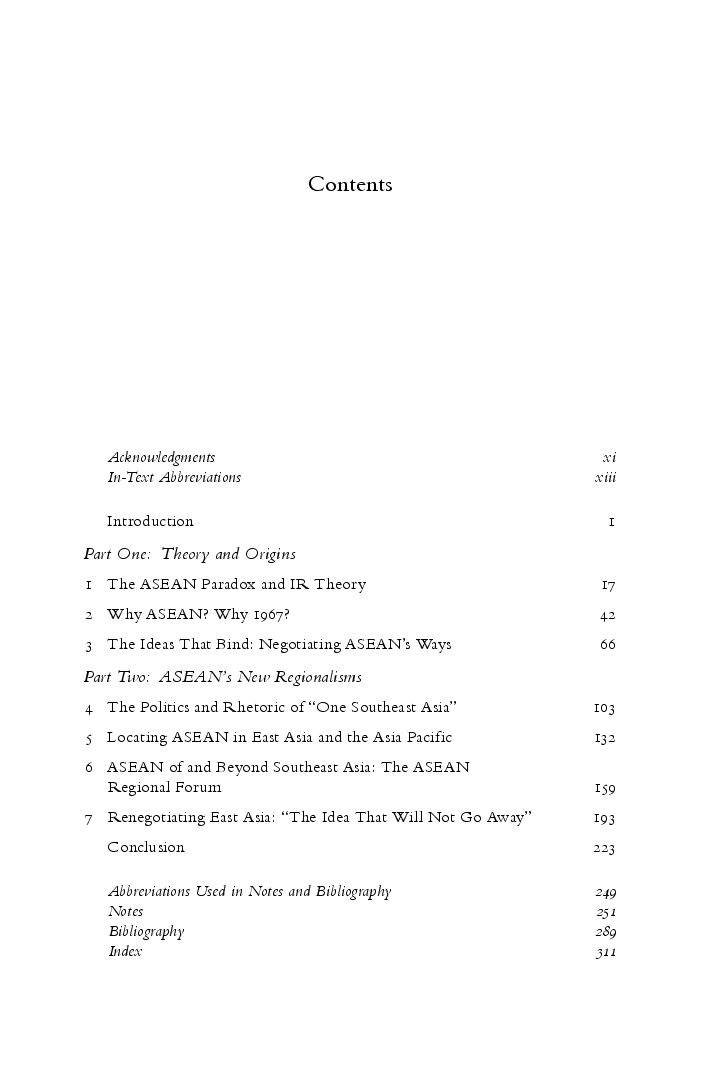