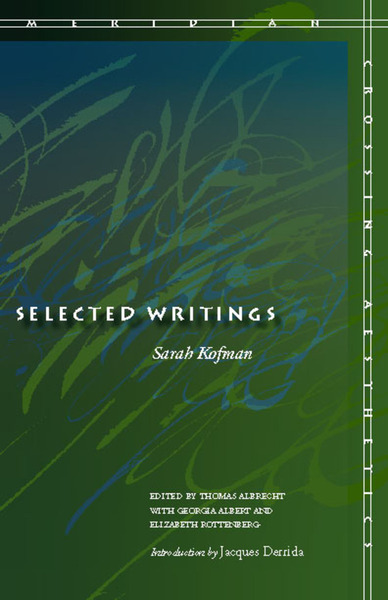 Sarah Kofman (1934-1994), Professor of Philosophy at the Sorbonne in Paris and the author of over twenty books, was one of the most significant postwar thinkers in France. Kofman's scholarship was wide-ranging and included work on Freud and psychoanalysis, Nietzsche, feminism and the role of women in Western philosophy, visual art, and literature. The child of Polish Jewish immigrants who lost her father in the Holocaust, she also was interested in Judaism and anti-Semitism, especially as reflected in works of literature and philosophy. This book is an anthology of some of Kofman's most significant writings on these and other topics. Its purpose is to provide a general introduction to Kofman's thought, which has been highly influential in both Europe and America. Although some of the selections have been published previously, the majority of the books contents appear in English translation for the first time.

Sarah Kofmans philosophical works currently available in English are: The Childhood of Art (1988), The Enigma of Woman: Woman in Freud's Writings (1985), Freud and Fiction (1991), and Nietzsche and Metaphor (Stanford, 1994).

Thomas Albrecht is Assistant Professor of English at Tulane University.

"Kofman had something to say, and her writings still command attention for their insight, their adventurousness,and their attentiveness to the philosophical traditions with which she so productively wrestled. She was one of the great readers of Freud in the twentieth century, and she brought the same caring intelligence to her interpretations of Nietzsche." 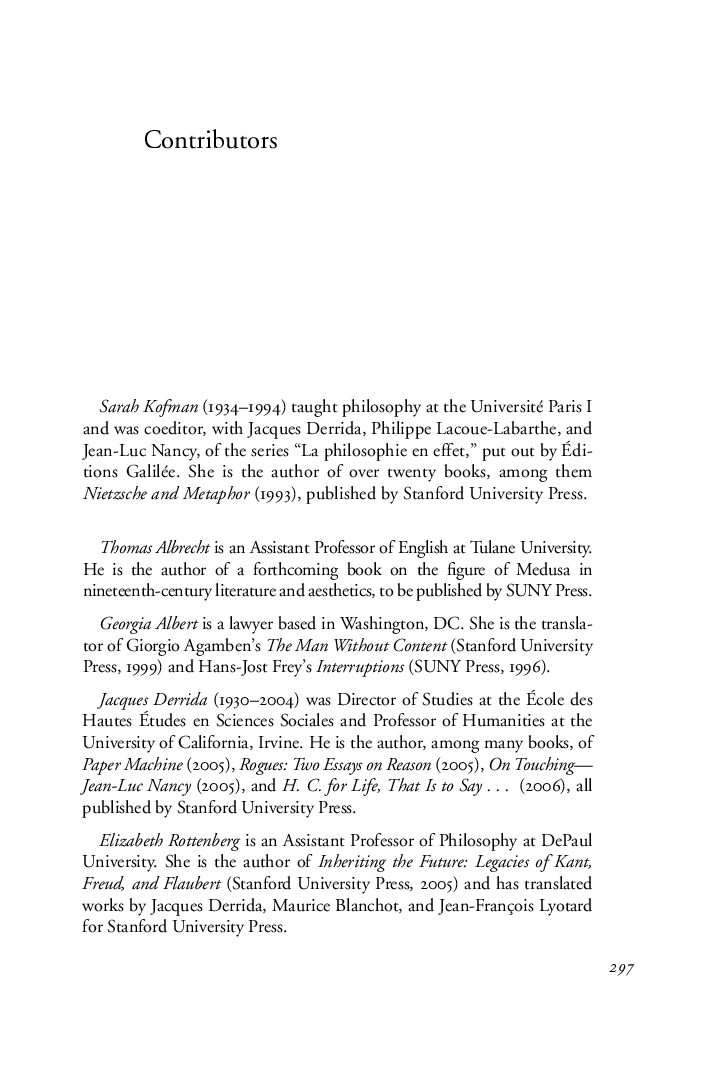 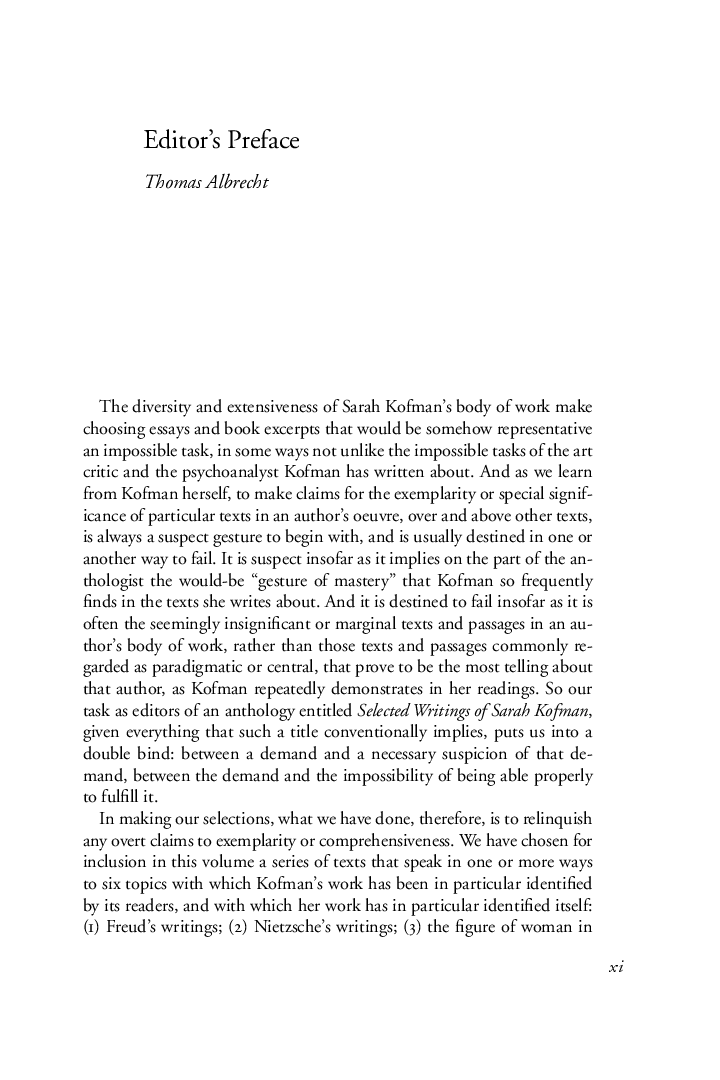 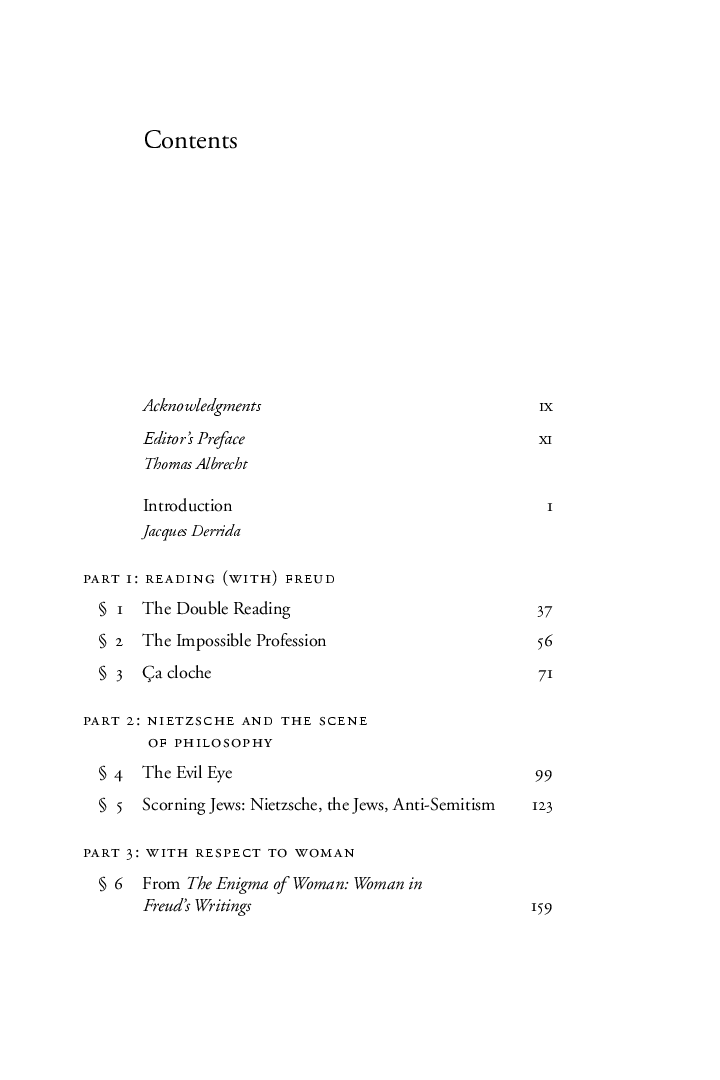