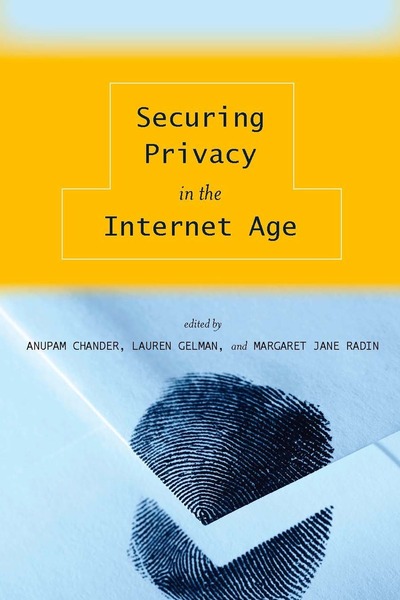 The Internet Age has created vast and ubiquitous databases of personal information in universities, corporations, government agencies, and doctors' offices. Every week, stories of databases being compromised appear in the news. Yet, despite the fact that lost laptops and insecure computer servers jeopardize our privacy, privacy and security are typically considered in isolation. Advocates of privacy have sought to protect individuals from snooping corporations, while advocates of security have sought to protect corporations from snooping individuals.

Securing Privacy in the Internet Age aims to merge the discussion of these two goals. The book brings together many of the world's leading academics, litigators, and public policy advocates to work towards enhancing privacy and security. While the traditional adversary of privacy advocates has been the government, in what they see as the role of the Orwellian Big Brother, the principal focus of this book is the fraternity of Little Brothers—the corporations and individuals who seek to profit from gathering personal information about others.

"Clearly, this is a book that moves among many interesting and even compelling topics on the important issues of privacy and security. The richness of this book is its incorporation of a variety of perspectives, including copious footnotes for every chapter. It is thought-provoking and interesting and would serve to introduce the novice on this issue to many aspects of privacy and security."

"Although much has been written on privacy and security as they relate, separately, to information and to information technology, this anthology is the first extended treatment of the two factors combined, with articles by top legal scholars in both fields. Securing Privacy in the Internet Age is an important book." 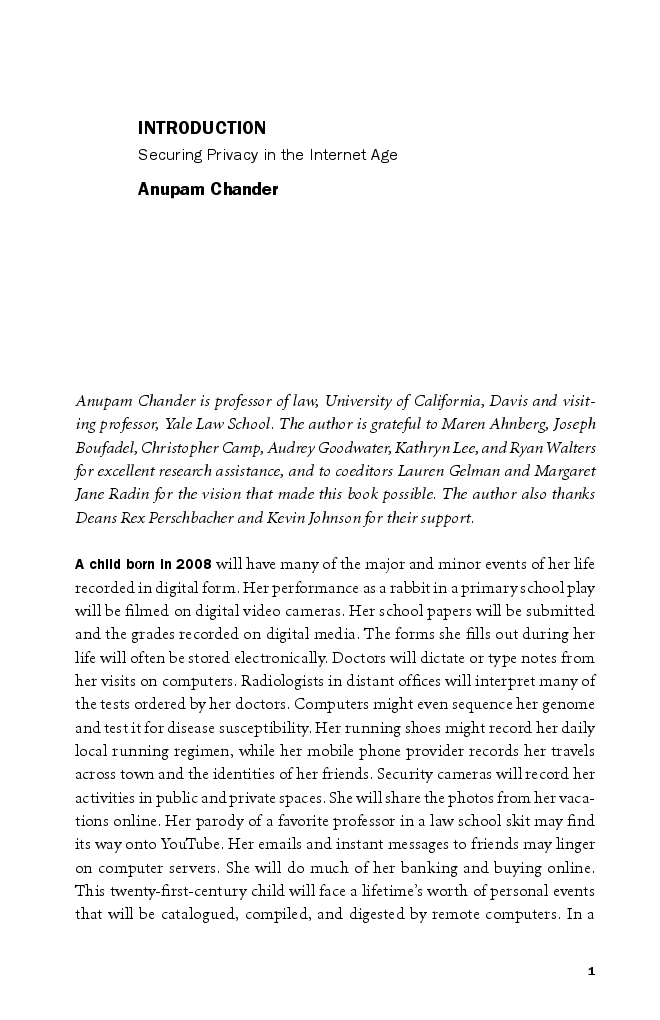 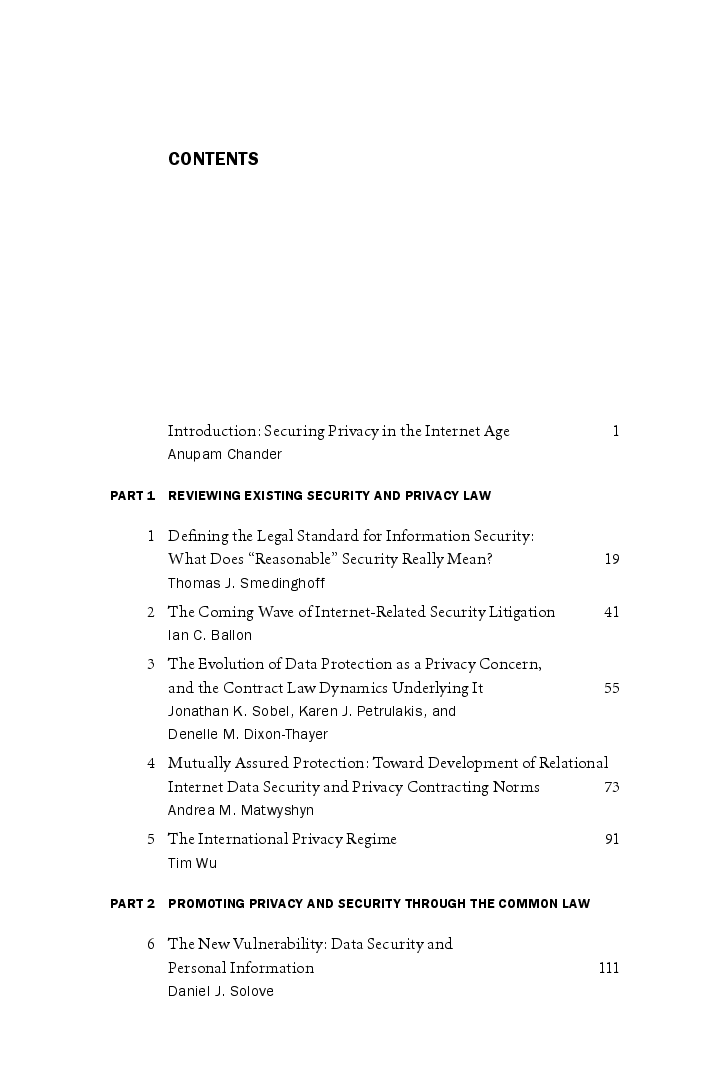