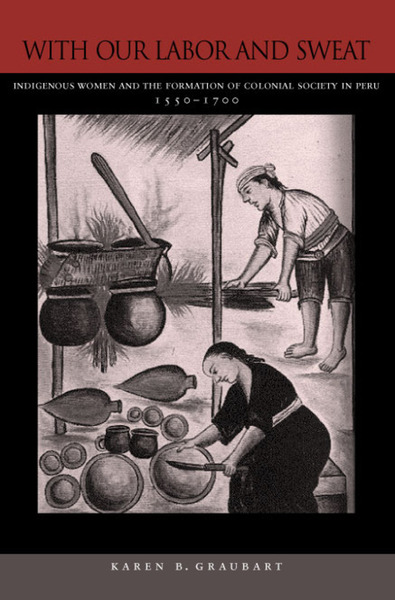 With Our Labor and Sweat
Indigenous Women and the Formation of Colonial Society in Peru, 1550-1700
Karen B. Graubart

Based upon substantial new research, this book investigates the heterogeneity of experiences of rural and urban indigenous women in Peru during the first two centuries of Spanish colonization. Using wills, as well as other notarial and legal documents, it discusses changes in their working lives and how their identity as "Indians" as well as women was shaped in a multicultural society. From their utilization of colonial law to seek redress, to their creation of urban dress styles that reflected their new positions as consumers and as producers under Spanish rule, the early colonial period witnessed a dramatic upheaval in indigenous women's lives. By analyzing the migration from rural to urban areas, interaction with Spanish as well as African society, and the lives of both plebeians and elites, the author provides a thorough picture of this transformational period.

"Graubart sets herself apart from other gender and ethnic studies by analyzing the interaction of indigenous women with men and women of other ethnic groups . . . Graubart makes a valuable contribution to colonial Latin American history by contextualizing indigenous women and illuminating how they were influenced by the spread of European-introduced material culture, economic relations, and consumerism. I would recommend her work to specialists and students alike."

"This book presents a new and very needed view of indigenous women in colonial Peru. Graubart's study gives us a complete and complex vision of these women by examining their lives through the economic and legal transactions recorded in their testaments."

"Graubart's dedication to detail and close analysis highlight the topic of female agency in a male-dominated colonial world. The writing and organization are clear. This study is a welcome addition to the literature on the formation of colonial society, and the role of women in particular."

"Focusing in Lima and Trujillo during the early period of colonization, this book is a welcome addition to the study of ethnicity in the Andes. Providing examples culled from the archives that portray the daily experiences of men and women in the early years of colonialism, this monograph contributes to the debate on the creation of the category Indian in an innovative and engaging way, useful not only to those interested in the colonial period, but to all those who study identity and its origins."

"Employing wills as her primary source, Graubart has produced a useful study of how the experiences of indigenous women in colonial Peru helped to shape the wider world of which they were a part. Her introduction is a helpful overview of the relevant historiography of the past twenty years.—Camilla Townsend, Rutgers University

"[A] detailed and richly documented study of the intersection of ethnicity, economic transformation, and cultural production . . . Graubart adds a new level of understanding of how individuals—particularly indigenous women in urban centers—used legal means to stop employers' abuses and force them to honor labor agreements."

"Karen Graubart's book brings colonial Andean women into the twenty-first century . . . Theoretically informed without bogging down in abstraction, this sharp, cleanly written book addresses some of the most pressing questions about Spanish colonialism." 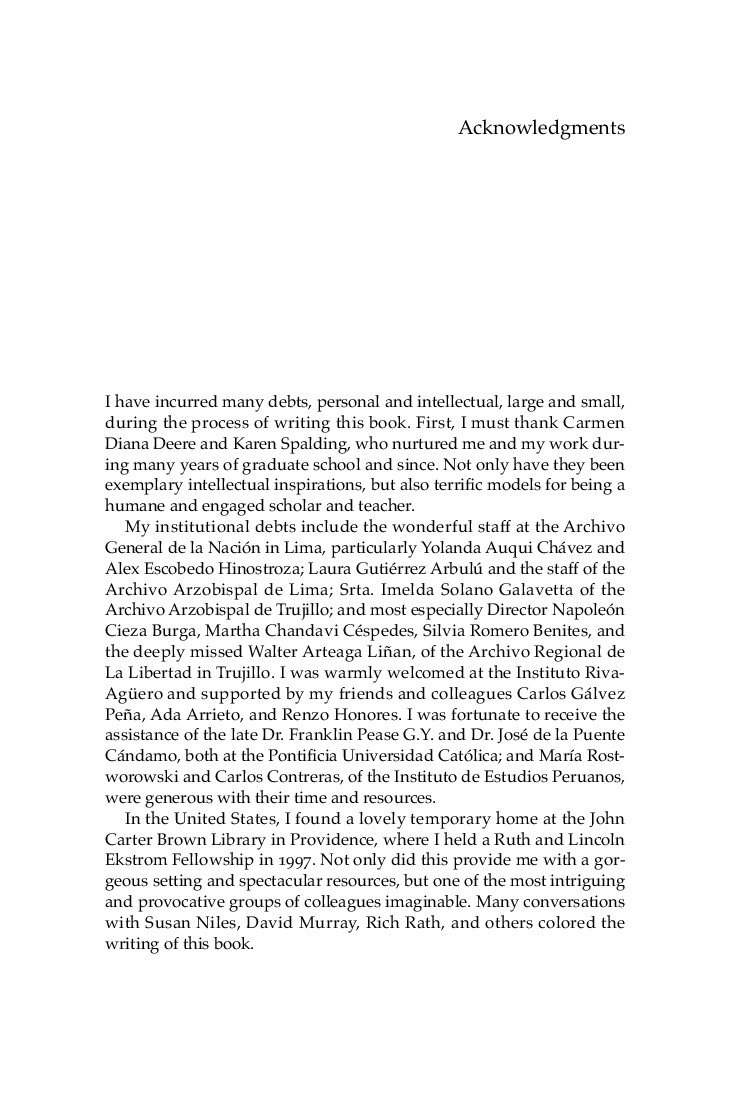 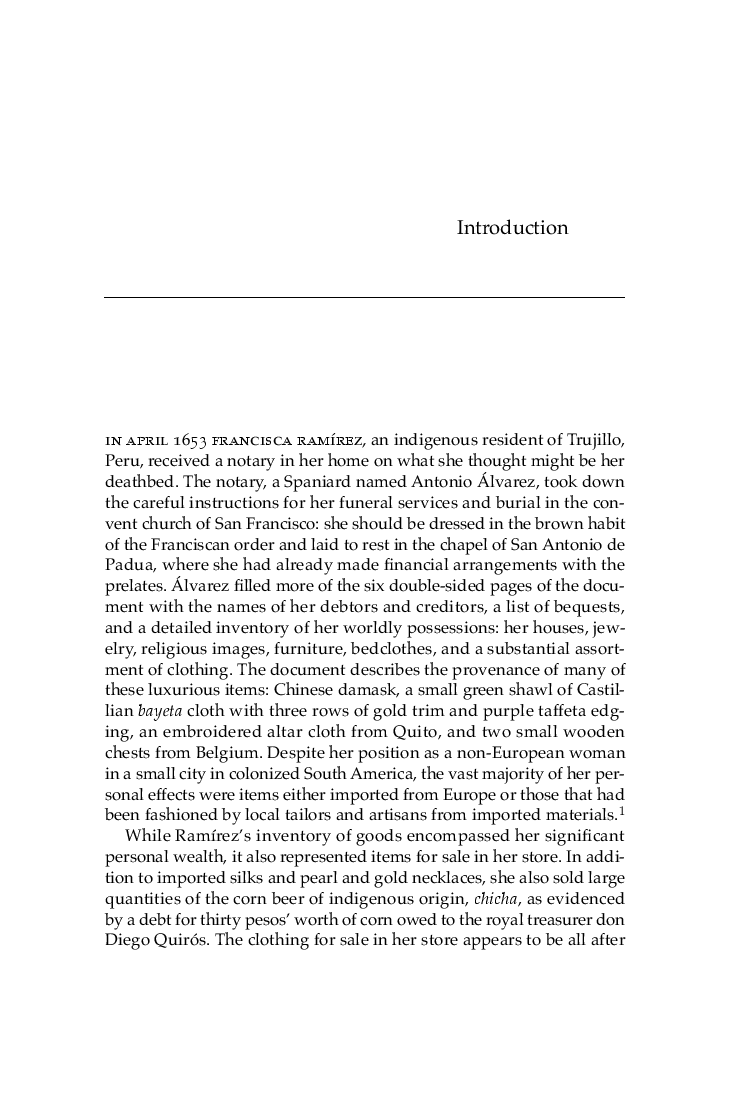 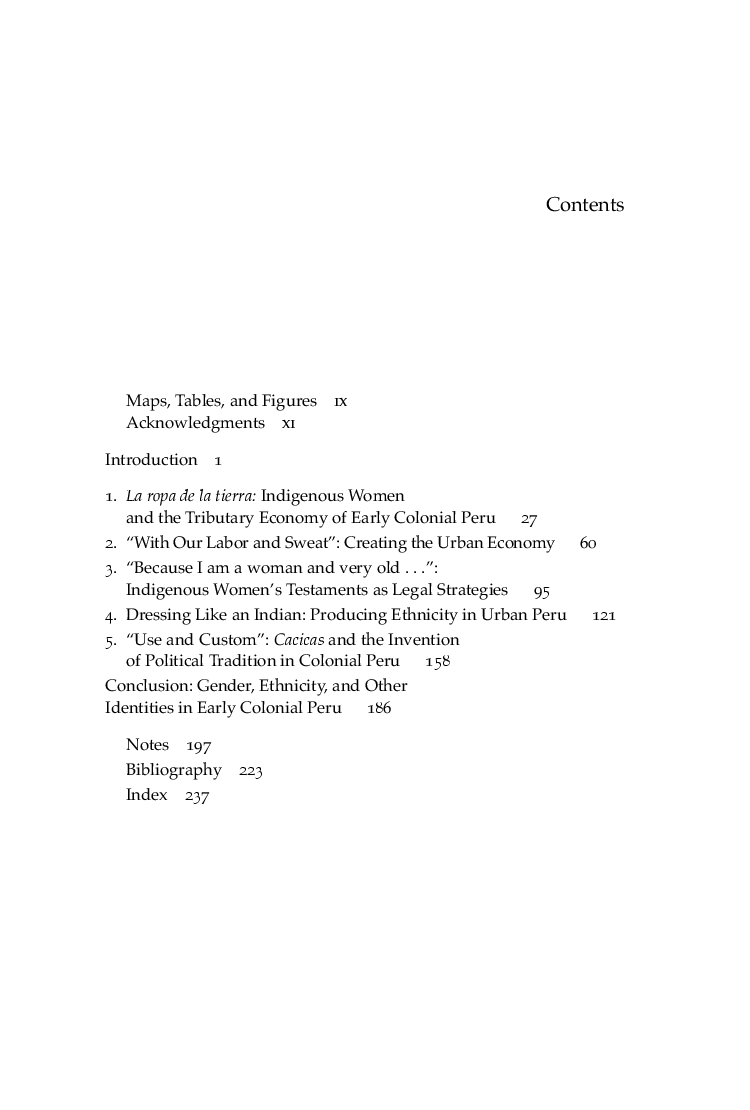