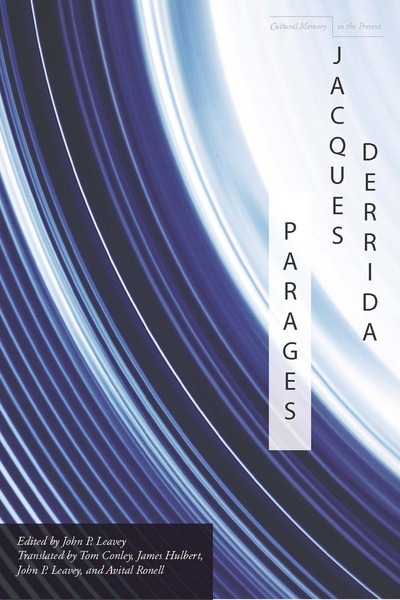 Parages brings together four essays by Derrida on the fictions of Maurice Blanchot. Three of the essays—"Living On," "Title To Be Specified," and "The Law of Genre," are by now canonical. The fourth, "Pace Not(s)" as well as Derrida's 1986 introduction to the French edition of the book, appear here in English for the first time. This was a breakthrough publication in the analysis of Blanchot, a notoriously difficult writer. It is safe to say Derrida contributed much to that writer's reputation in both French and English, always insisting on the philosophical pertinence of Blanchot's work to any discussion of the relationship between literature and critical thought. Through patient citation, and an ample collocation and readings of Blanchot's various motifs, Derrida explores a variety of questions, including the limits of genre, the procedure of crossing out, and the evocation of a non-dialectical and non-privative negativity. The book marks a crucial stage in Derrida's itinerary and provides a context for his later writings on apophatics in such works as On the Name (SUP, 1995) and his response to Heidegger on death in Aporias (SUP, 1993).

Jacques Derrida (1930-2004), one of the most famous philosophers of the latter part of the twentieth century, was the founder of deconstruction. The most recent of his many texts to have been translated into English at Stanford University Press are Copy, Archive, Signature (2010) and Psyche: Inventions of the Other (Volume I, 2007; Volume II, 2008).

"The four essays on Maurice Blanchot that are collected here (written between 1976 and 79) constitute some of Derrida's most memorable writing, and attest to Blanchot's enormous influence on Derrida as a thinker and author . . . Highly recommended." 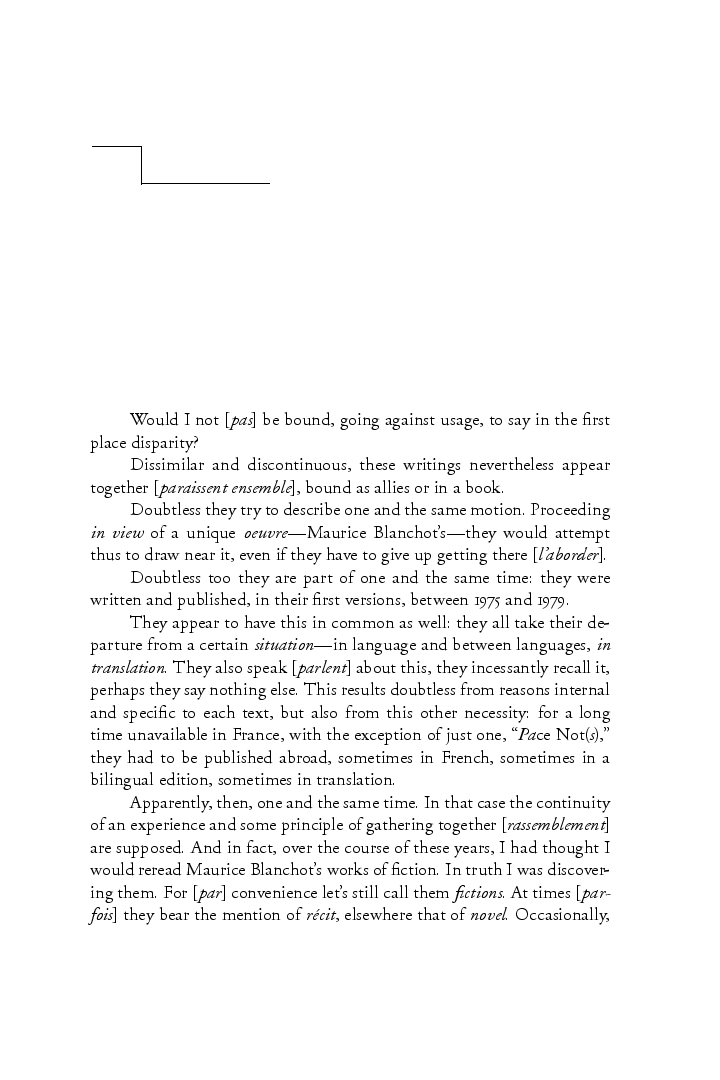 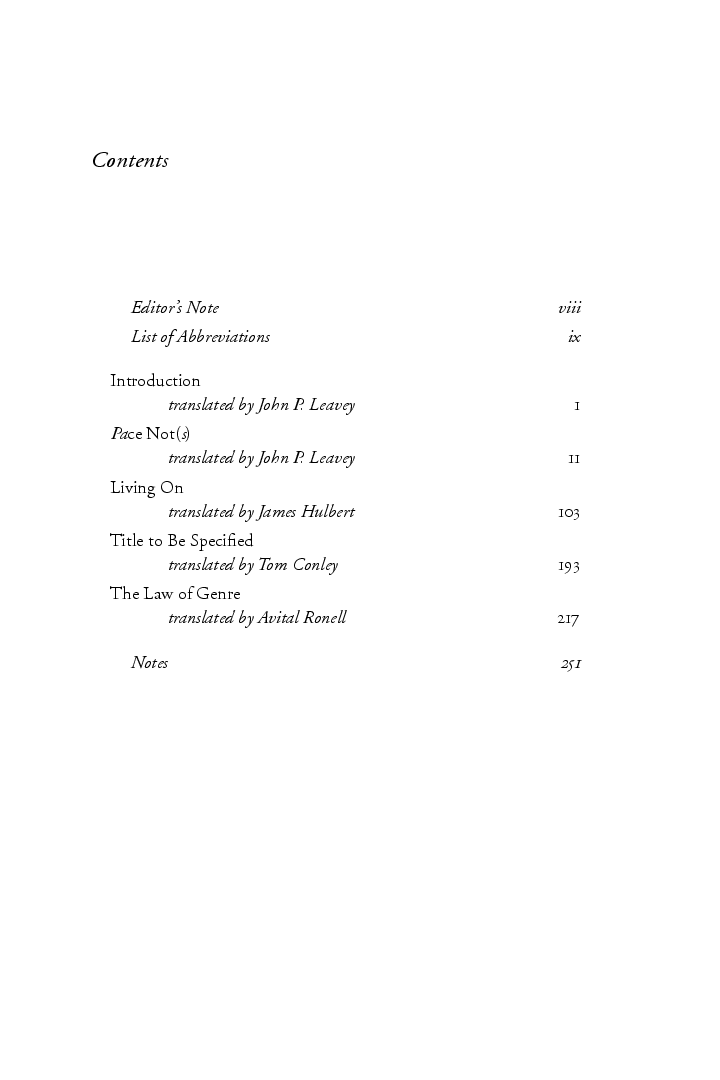