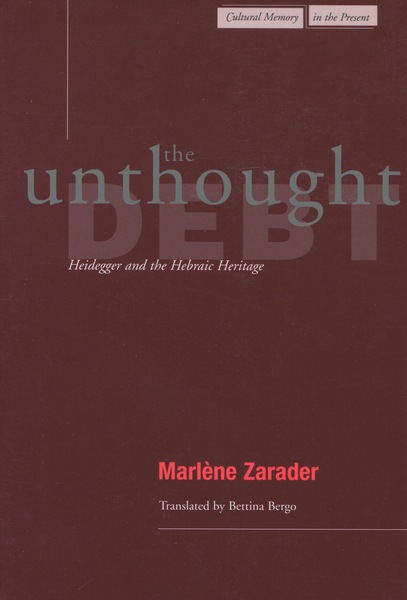 The Unthought Debt
Heidegger and the Hebraic Heritage
Marlène Zarader, Translated by Bettina Bergo
SERIES: Cultural Memory in the Present

Drawing on Heidegger's corpus, the work of historians and biblical specialists, and contemporary philosophers like Levinas and Derrida, Zarader brings to light the evolution of an impensé—or unthought thought—that bespeaks a complex debt at the core of Heidegger's hermeneutic ontology.

Zarader argues forcefully that in his interpretation of Western thought and culture, Heidegger manages to recognize only two main lines of inheritance: the "Greek" line of philosophical thinking, and the Christian tradition of "faith." From this perspective, Heidegger systematically avoids any explicit or meaningful recognition of the contribution made by the Hebraic biblical and exegetical traditions to Western thought and culture. Zarader argues that this avoidance is significant, not simply because it involves an inexcusable historical oversight, but more importantly because Heidegger's own philosophical project draws on and develops themes that appear first, and fundamentally, within the very Hebraic traditions that he avoids, betraying an "unthought debt" to Hebraic tradition.

Marlène Zarader is Professor of Philosophy at the University of Montpellier III, France.

"The Unthought Debt is an insightful and provocative work whose nuanced and far-reaching argument is sure to generate among English readers significant new discussion surrounding an already much explored topic—that of the relation between Martin Heidegger's philosophy and the traditions of Western religious thought. Zarader's study sheds important light on the significance of religious thought in Heidegger, and it does so in a way that challenges, complements, and advances scholarship already existing in English on the issue." 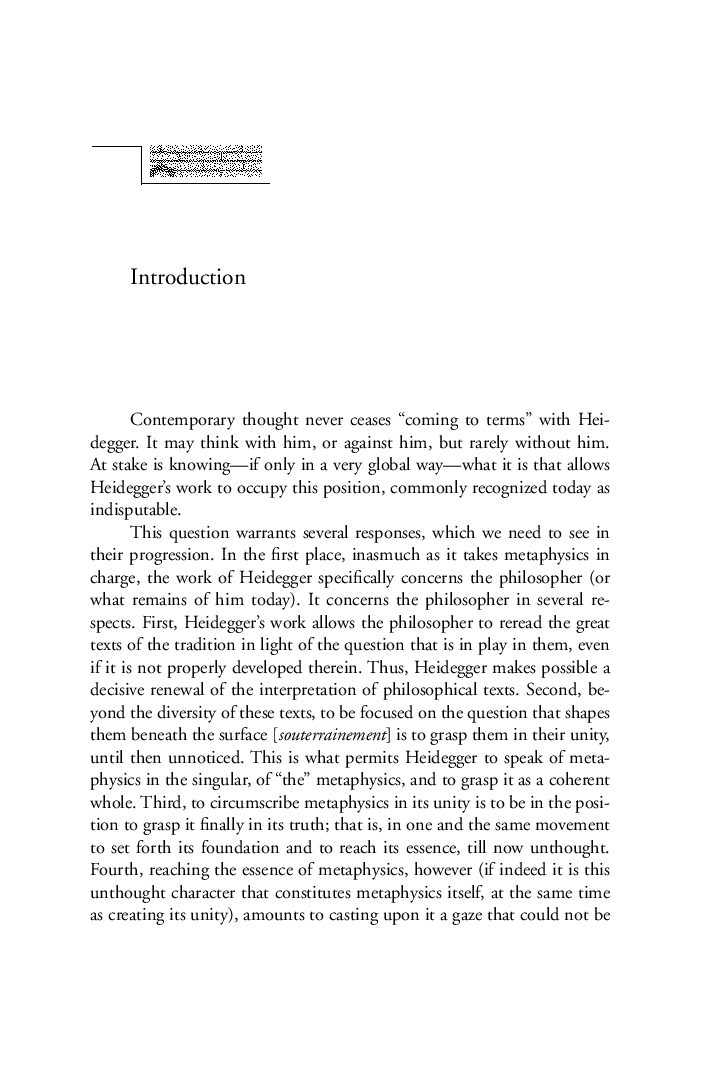 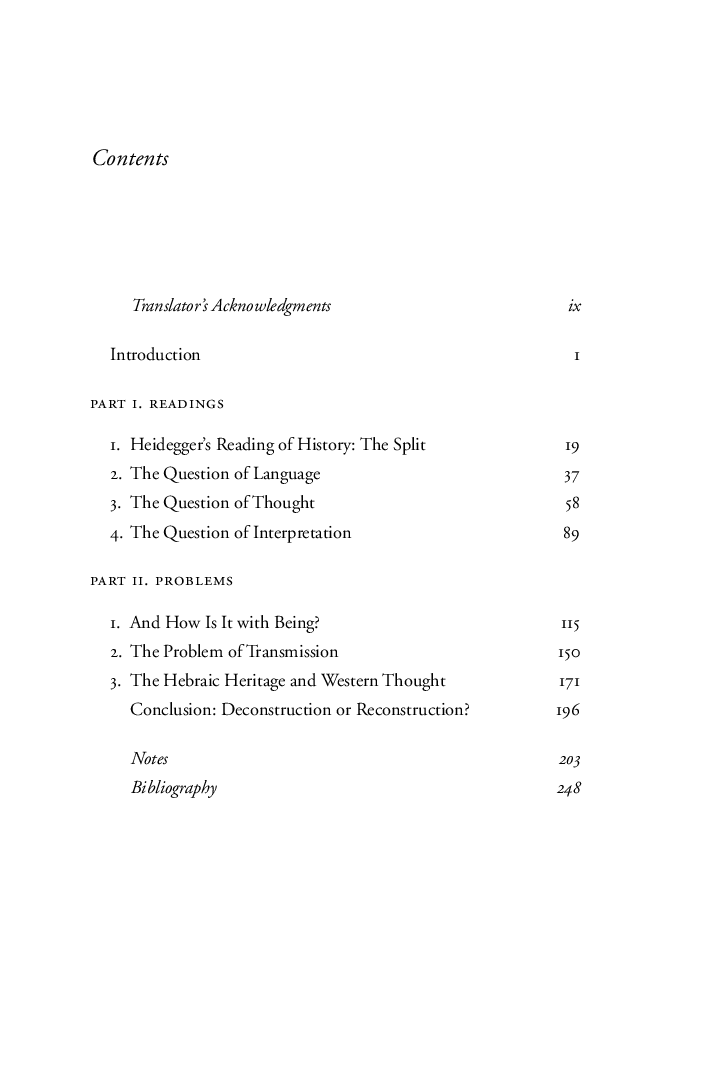