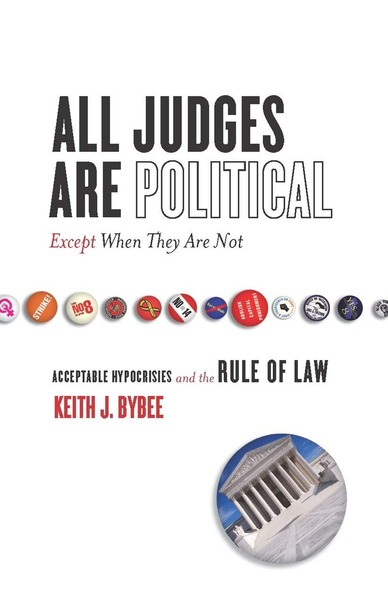 All Judges Are Political—Except When They Are Not
Acceptable Hypocrisies and the Rule of Law
Keith J. Bybee
SERIES: The Cultural Lives of Law

We live in an age where one person's judicial "activist" legislating from the bench is another's impartial arbiter fairly interpreting the law. After the Supreme Court ended the 2000 Presidential election with its decision in Bush v. Gore, many critics claimed that the justices had simply voted their political preferences. But Justice Clarence Thomas, among many others, disagreed and insisted that the Court had acted according to legal principle, stating: "I plead with you, that, whatever you do, don't try to apply the rules of the political world to this institution; they do not apply."

The legitimacy of our courts rests on their capacity to give broadly acceptable answers to controversial questions. Yet Americans are divided in their beliefs about whether our courts operate on unbiased legal principle or political interest. Comparing law to the practice of common courtesy, Keith Bybee explains how our courts not only survive under these suspicions of hypocrisy, but actually depend on them.

Law, like courtesy, furnishes a means of getting along. It frames disputes in collectively acceptable ways, and it is a habitual practice, drummed into the minds of citizens by popular culture and formal institutions. The rule of law, thus, is neither particularly fair nor free of paradoxical tensions, but it endures. Although pervasive public skepticism raises fears of judicial crisis and institutional collapse, such skepticism is also an expression of how our legal system ordinarily functions.

Keith J. Bybee is Paul E. and the Hon. Joanne F. Alper '72 Judiciary Studies Professor at Syracuse University College of Law. He is the editor of Bench Press: The Collision of Courts, Politics, and the Media (Stanford University Press, 2007).

"In using courtesy to account for the current state of our legal system, Bybee offers a fresh take on debates over judicial legitimacy and legal realism. Rejecting the contention that the public is simply confused, he presents an original answer to the puzzle of the public's paradoxical perceptions of the judiciary. The pull of his explanation and the unconventional but commonsense appeal of his account are engaging and provocative."

"All Judges Are Political—Except When They Are Not successfully points out the conflicting roles that judges fill and demonstrates that these roles do not intrinsically compromise legal legitimacy. In the course of achieving this goal, Bybee uses substantive sources and unique comparisons to present intriguing ideas and theories. I recommend the book for anyone with an interest in the subject matter who does not mind a distinctly scholarly approach. The book would make a great addition to collegiate and law school libraries."

"Bybee offers a truly fresh and important response to one of the most important questions in the cultural study of law: how can law sustain its legitimacy in the face of the understanding that it is essentially political? Arguing that law's hypocrisy actually strengthens it, Bybee makes a connection to courtesy that is really quite ingenious and illuminating. This is a wonderful new vehicle for understanding how courts work."

"Judicial authority is not in grave danger, at least in the terms that some alarmists imagine. In conversation with mainstream approaches to judicial practice, this remarkably original work contends that law's deceits sustain order and moderate conflict, all the while sustaining hierarchy. A major accomplishment."

"Between costly partisan judicial elections and a Supreme Court that appears frozen in an ideological 5-4 split, there has never been a more apt time to answer conclusively the question of whether judges are apolitical oracles or ideological politicians. Bybee's answer—they are both—sounds at first like a discomfiting one. But in this fascinating book he shows that the courts' very survival in fact rests on the white lie of this fundamental tension." 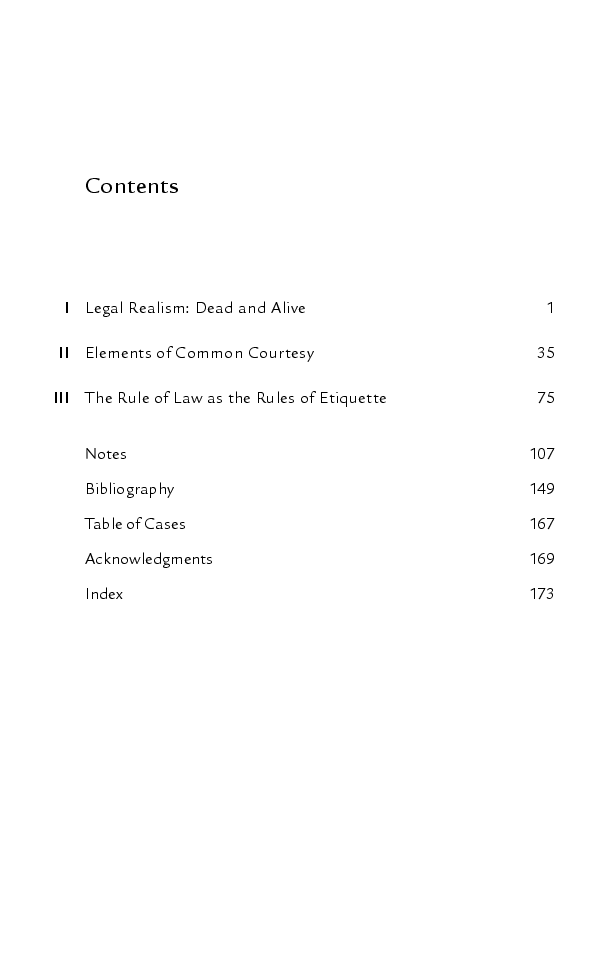