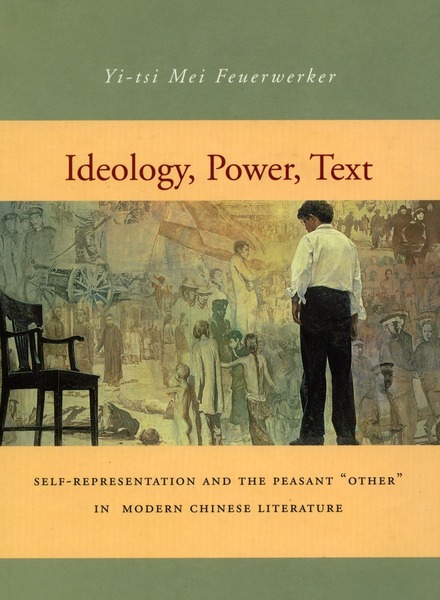 The division between the scholar-gentry class and the “people” was an enduring theme of the traditional Chinese agrarian-bureaucratic state. Twentieth-century elites recast this as a division between intellectuals and peasants and made the confrontation between the writing/intellectual self and the peasant “other” a central concern of literature. The author argues that, in the process, they created the “peasantry,” the downtrodden rural masses represented as proper objects of political action and shifting ideological agendas.

Throughout this transition, language or discourse has been not only a weapon of struggle but the center of controversy and contention. Because of this primacy of language, the author’s main approach is the close reading or, rather, re-reading of significant narrative fictions from four literary generations to demonstrate how historical, ideological, and cultural issues are absorbed, articulated, and debated within the text.

Three chapters each focus on one representative author. The fiction of Lu Xun (1881-1936), which initiated the literary preoccupation with the victimized peasant, is also about the identity crisis of the intellectual. Zhao Shuli (1906-1970), upheld by the Communist Party as a model “peasant writer,” tragically exemplifies in his career the inherent contradictions of such an assigned role. In the post-Mao era, Gao Xiaosheng (1928—) uses the ironic play of language to present a more ambiguous peasant while deflating intellectual pretensions. The chapter on the last of the four “generations” examines several texts by Mo Yan (1956—), Han Shaogong (1952—), and Wang Anyi (1954—) as examples of “root-searching” fiction from the mid-1980’s. While reaching back into the past, this fiction is paradoxically also experimental in technique: the encounter with the peasant leads to questions about the self-construction of the intellectual and the nature of narrative representation itself.

Throughout, the focus is on texts in which some sort of representation or stand-in of the writer/intellectual self is present—as character, as witness, as center of consciousness, or as first-person or obtrusive narrator. Each story catches the writer in a self-reflective mode, the confrontation with the peasant “other” providing a theater for acting out varying dramas of identity, power, ideology, political engagement, and self-representation.