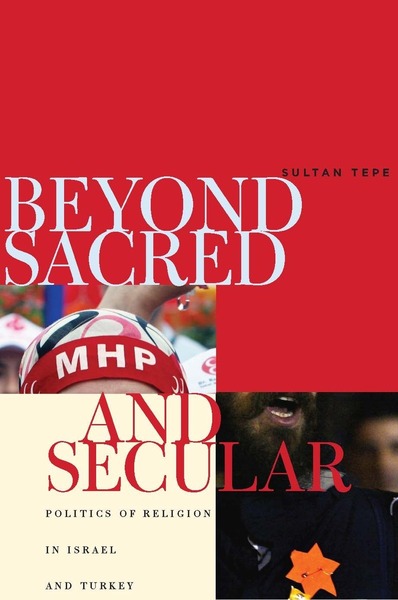 The global rise of political religion is one of the defining and most puzzling characteristics of current world politics. Since the early 1990s, religious parties have achieved stunning electoral victories around the world.

Beyond Sacred and Secular investigates religious politics and its implications for contemporary democracy through a comparison of political parties in Israel and Turkey. While the politics of Judaism and Islam are typically seen as outgrowths of oppositionally different beliefs, Sultan Tepe's comparative inquiry shows how limiting this understanding of religious politics can be. Her cross-country and cross-religion analysis develops a unique approach to identify religious parties' idiosyncratic and shared characteristics without reducing them to simple categories of religious/secular, Judeo-Christian/Islamic, or democratic/antidemocratic. Tepe shows that religious parties in both Israel and Turkey attract broad coalitions of supporters and skillfully inhabit religious and secular worlds simultaneously. They imbue existing traditional ideas with new political messages, blur conventional political lines and allegiances, offer strategic political choices, and exhibit remarkably similar political views.

This book's findings will be especially relevant to those who want to pass beyond rudimentary typologies to better assess religious parties' capacities to undermine and contribute to liberal democracy. The Israeli and Turkish cases open a window to better understand the complexities of religious parties. Ultimately, this book demonstrates that the characteristics of religious political parties—whether Jewish, Muslim, or yet another religion—can be as striking in their similarities as in their differences.

Sultan Tepe is Assistant Professor of Political Science at the University of Illinois at Chicago.

"Beyond Sacred and Secular is a very well written, very important study with significant findings about religious parties in Israel and Turkey. It should be read by anyone interested in religious political parties and the Middle East. Political sociologists and sociologist of religion, in particular, would find much that is of value in this book"

"Tepe's book greatly contributes to the discussion about the relationship between religion and secularity in the Nation States... The book is relevant to Social Science and History of the West Mediterranean Basin students, as well as to researchers of political parties and those interested in the religious and secular procedures."

"Finally, someone has written an original comparison of religiously-oriented politics in the two democracies of the Middle East: Israel and Turkey. There has long been a need for a book like this, and the author has filled the gap with a tour de force. The parallels and contrasts between Israel and Turkey are fascinating. This is a major contribution to the literature."

"Tepe's clear, convincing analysis provides crucial insights into the power of religion in politics today. This book deserves your attention."

"...Professor Tepe has produced a tremendous scholarly work with a firm theoretical background and rich empirical data...Tepe's book is a highly commendable piece of work — a must read for anyone with a serious interest in not only Israeli, Turkish, or Middle Eastern politics but also comparative politics, political parties, and the relationship between the state and religion."

"This is a unique, timely, relevant, and seminal study ... an in-depth analysis of the role of religion-based parties in an Islamic country—Turkey—and a Jewish country—Israel." 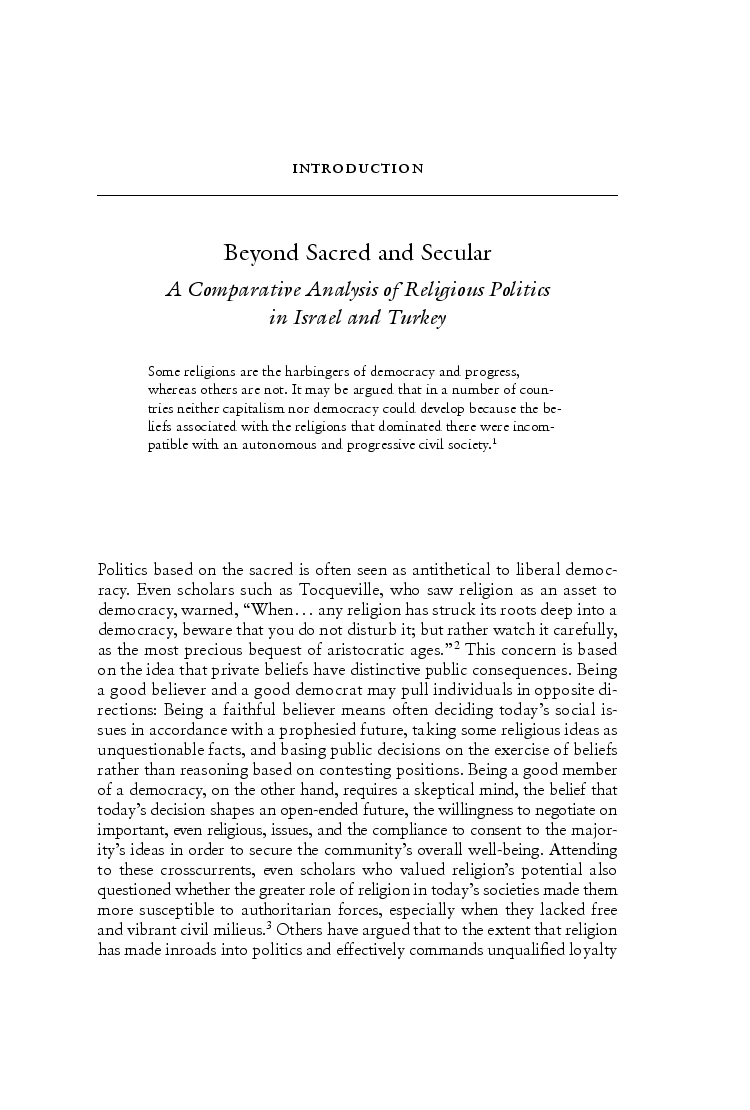 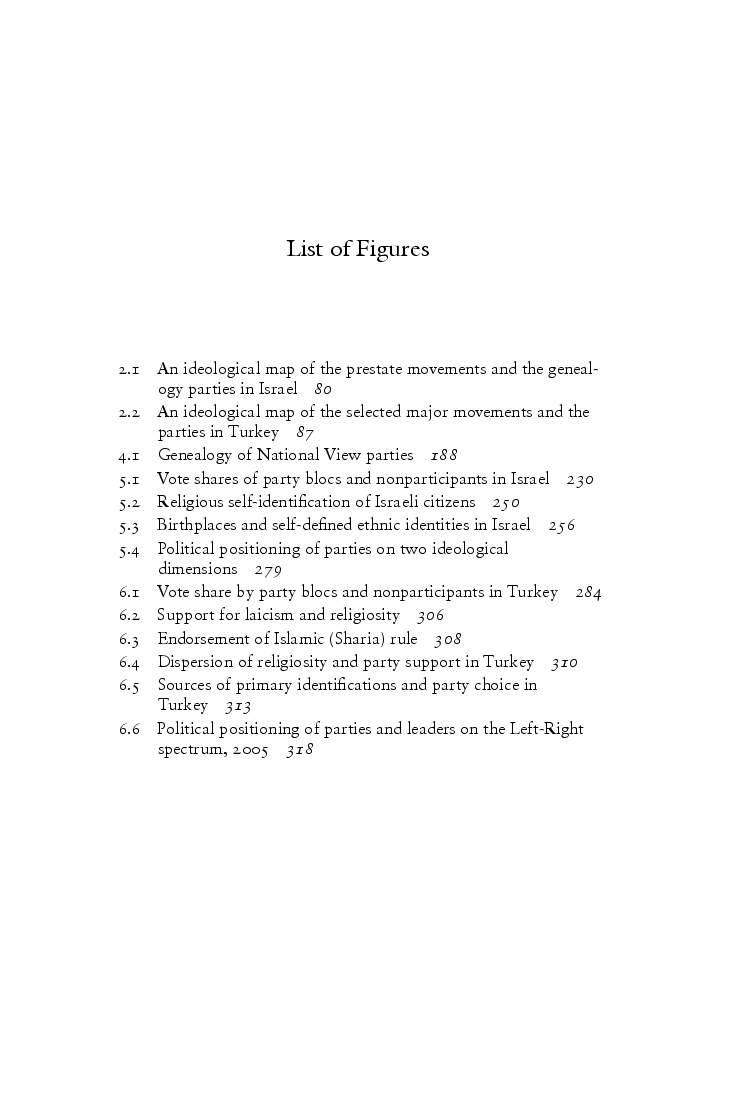 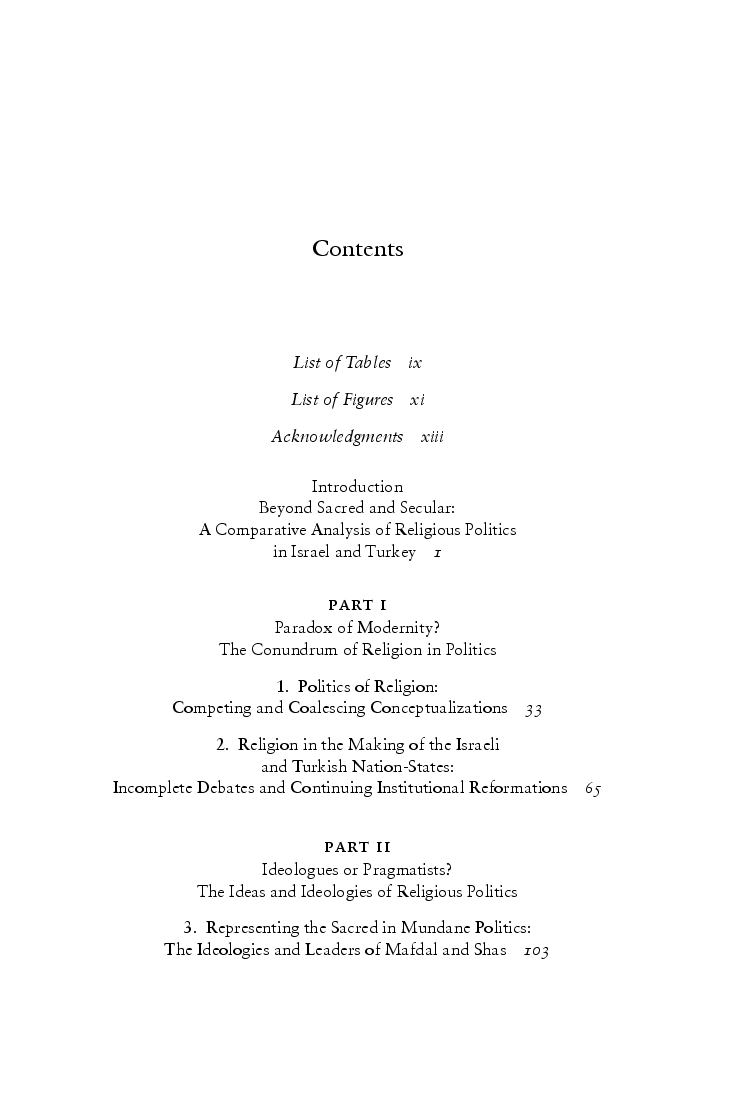 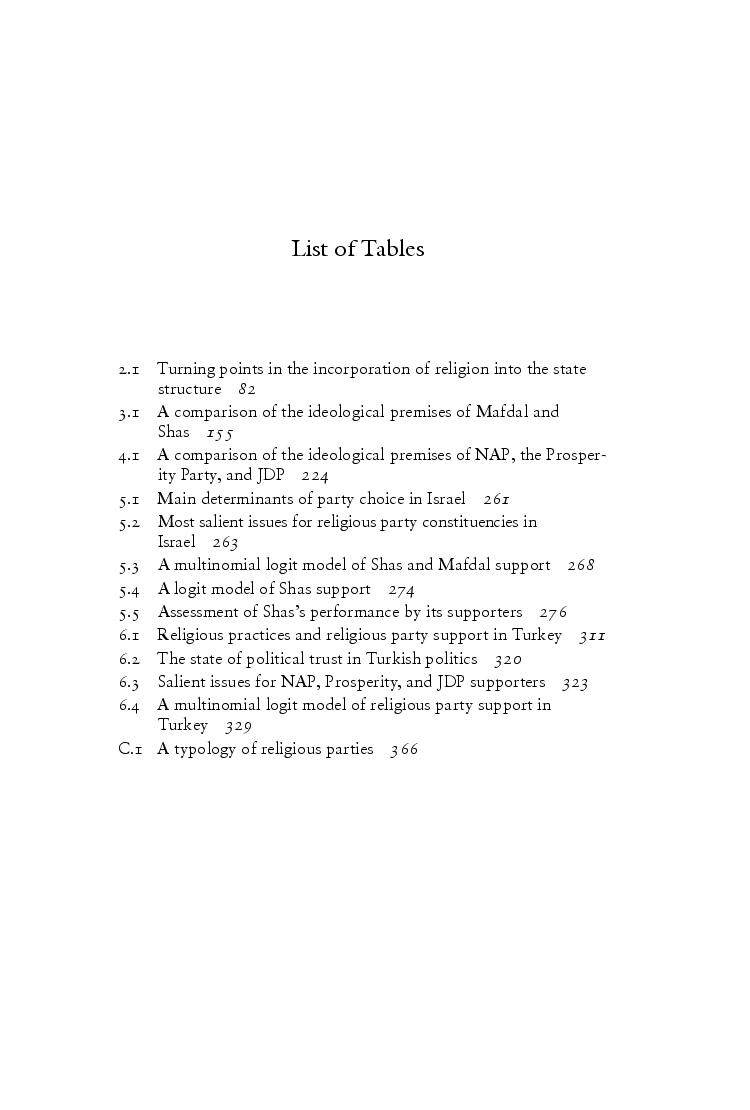