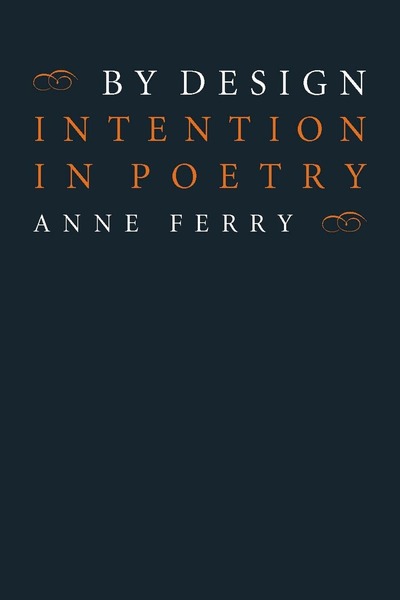 By Design is a study in the workings of conscious intention as evidenced in such elements of poetic design as rhyme, choice of title, the revision process, and the reinterpretation of a key word, figure, or narrative situation from earlier poems. Through a series of intensely scrutinized examples drawn from the Renaissance through the twentieth century, Anne Ferry celebrates the ever-changing vitality of the act of writing poems within the constraints, pressures, and urgings of history. In every instance, something startlingly and significantly new takes place because of the high degree of conscious awareness with which such poets as Sidney, Shakespeare, Herbert, Wordsworth, Stevens, Williams, Frost, Ashbery read one another—and, in some cases, themselves—exploring and reinterpreting one another's vocabularies and ways of working in order to carry out their designs.

Anne Ferry, who died in 2006, was Professor of English Emerita at Boston College and the author of seven previous books, including The Title to the Poem (Stanford, 1996) , which won the Phi Beta Kappa's Christian Gauss Award for best book in the Humanities in the year of its publication. In 2003 she was elected to the American Academy of Arts and Sciences. 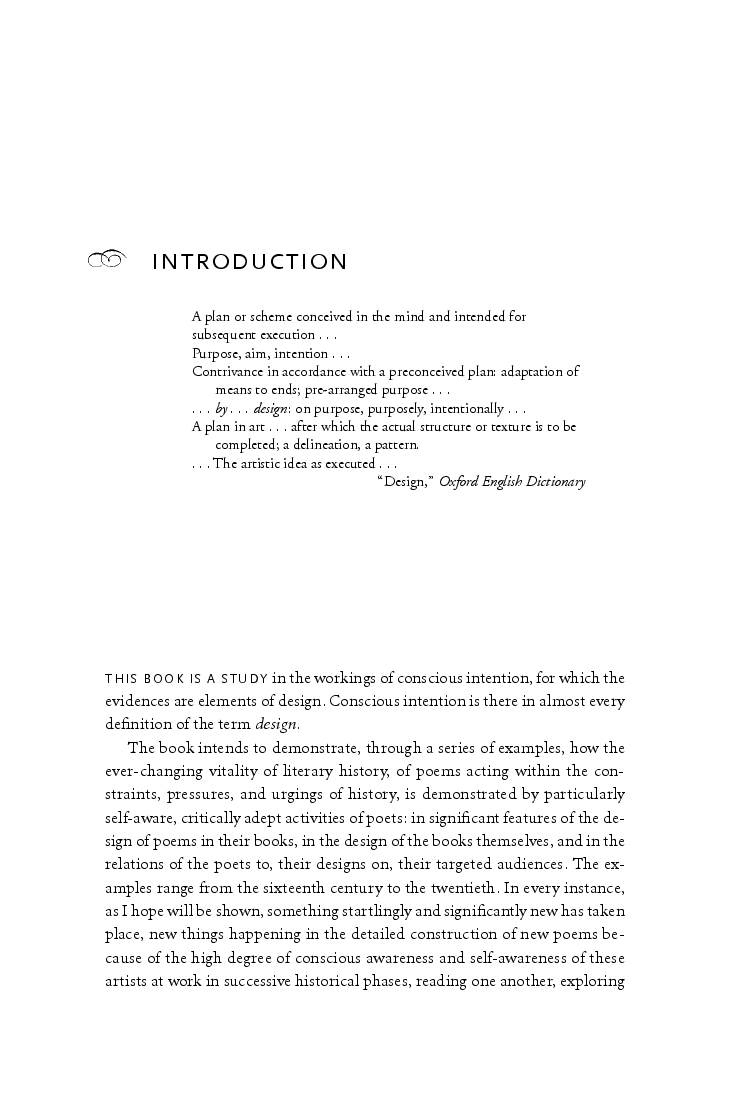 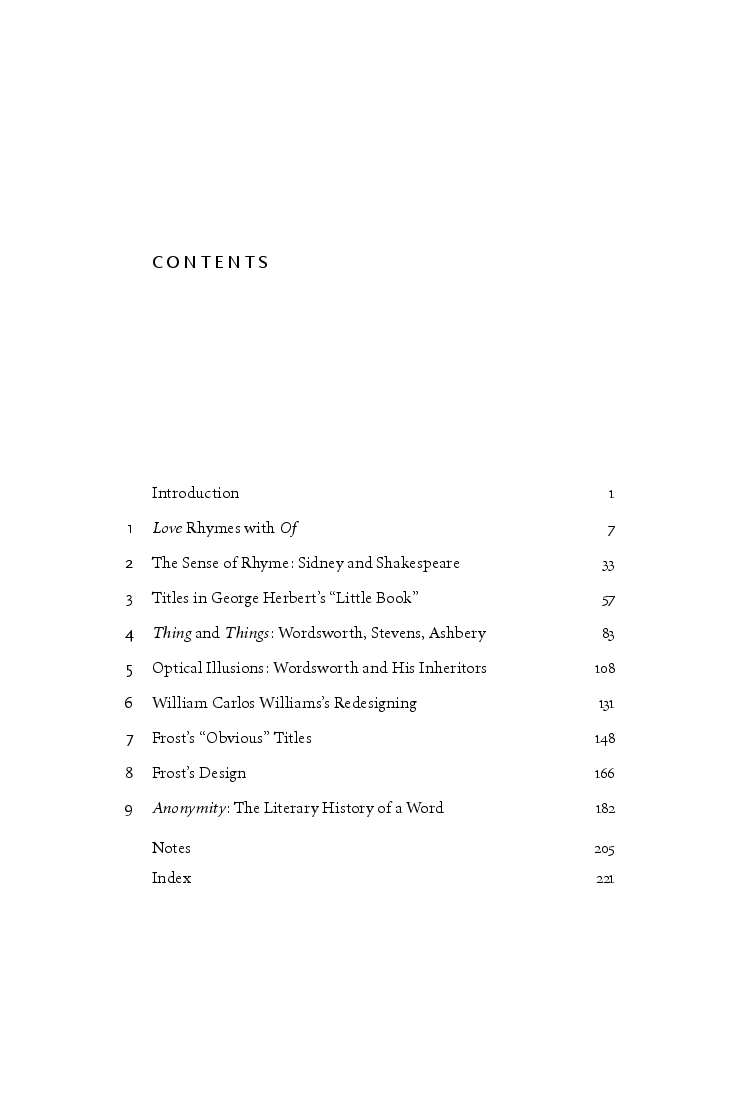