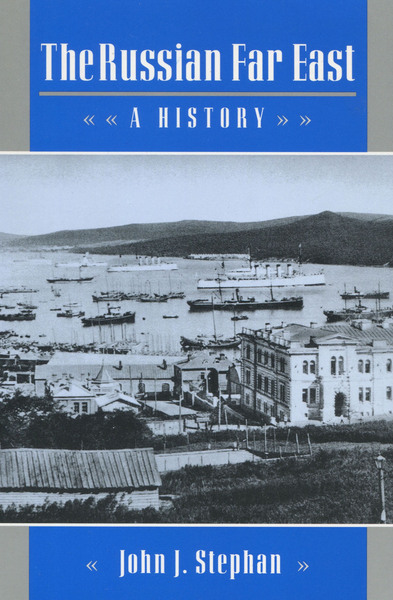 Winner of the 1996 Kenneth W. Baldridge Prize, sponsored by the Hawaii chapter of Phi Alpha Theta.

Wedged between China, Korea, Japan, and the United States, the Russian Far East has for centuries been a meeting ground for Eurasian and American peoples and cultures. Conventionally regarded as perimeter, it is in fact a collage of overlapping borderlands with a distinct historical identity. Based on a quarter-century of research by a leading authority on the area, this is a monumental survey of Pacific Siberia from prehistoric times to the present.

Drawing from political, diplomatic, economic, geographical, social, and cultural evidence, the book reveals that this vast, rugged, and supposedly insular land has harbored vibrantly cosmopolitan lifestyles. For over a millennium, Chinese culture found expression in Tungus, Mongol, and Korean polities. Russian penetration in the seventeenth century eventually turned the region into a colony sustained by state subsidies, foreign enterprise, and a mosaic of Ukrainian, Estonian, Finnish, German, Chinese, Korean, and Japanese communities. Tsarists and Soviet penal policies contributed to the diversity and volatility of Far Eastern society. Regional aspirations articulated by Siberian intellectuals, disingenuously institutionalized in a Far Eastern Republic (1920-22), survived lethal bouts of economic and demographic engineering to come to life again in the post-Soviet era.

The Russian Far East today reverberates with autonomist rhetoric, but if the region is no longer an appanage, it is still far short of independence. For the time being, the robust tradition of cosmopolitanism is reinventing itself under the banner of capitalism. Reexamining twentieth-century history through a Far Eastern prism, the book offers fresh and often provocative perspectives on imperial rivalries, colonialism, revolution, civil war, and utopianism gone awry in Northeast Asia.

John J. Stephan is Professor of History at the University of Hawaii at Manoa. He is the author of histories of Sakhalin and the Kurile Islands, among other books.

"A coherent, literate, and always informed comprehensive history of the region that presents the Russian Far East as both more vibrant and cosmopolitan than the conventional picture. . . . Stephan has produced that rarest of academic monographs: a consistently reliable synthesis that is fun to read. . . . It should be a standard English-language reference tool on the Russian Far East for years to come."