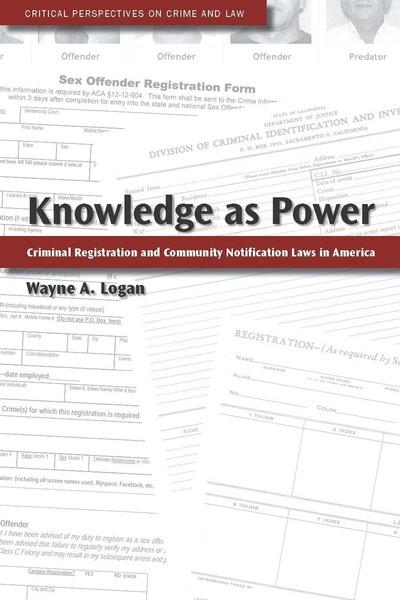 Societies have long sought security by identifying potentially dangerous individuals in their midst. America is surely no exception. Knowledge as Power traces the evolution of a modern technique that has come to enjoy nationwide popularity—criminal registration laws. Registration, which originated in the 1930s as a means of monitoring gangsters, went largely unused for decades before experiencing a dramatic resurgence in the 1990s. Since then it has been complemented by community notification laws which, like the "Wanted" posters of the Frontier West, publicly disclose registrants' identifying information, involving entire communities in the criminal monitoring process.

Knowledge as Power provides the first in-depth history and analysis of criminal registration and community notification laws, examining the potent forces driving their rapid nationwide proliferation in the 1990s through today, as well as exploring how the laws have affected the nation's law, society, and governance. In doing so, the book provides compelling insights into the manifold ways in which registration and notification reflect and influence life in modern America.

Wayne A. Logan is Gary & Sallyn Pajcic Professor of Law and Associate Dean for Academic Affairs at Florida State University. In addition to being the nation's preeminent legal scholar on registration and community notification laws, he is a prolific author and commentator on a broad array of other criminal justice-related issues.

"Knowledge as Power provides critical analysis of problems with popular criminal registration and community notification laws. Its comprehensive inquiry confirms that legislation based on fear and anger wastes valuable energy and resources when contrasted with a more rational approach. This book credibly debunks the myth that harsh reactionary laws enhance public safety and crime prevention."

" Knowledge as Power provides a highly original look at the forgotten history of registration laws and startling trends in their use today."

"We now use registration law as a response to crime on an unprecedented scale, and its ad hoc expansion has affected the liberty of an enormous number of people. Logan perceptively discusses how this shift both reflects and influences major changes in public expectations about our government. This book not only contributes to the field, but will define it for quite some time."

"Sex offenders, much like witches in earlier times, have become the dehumanized objects of public fears in an anxious age. Logan subtly tells the uniquely American tale of sex offender registration and notification. It will long stand as the authoritative account of a challenging chapter in American life."

"In this outstanding study Wayne Logan locates our recent spate of tough registration and notification laws aimed at sex offenders, in a long history of using the collection and dissemination of knowledge about criminal identities to prevent crime. These practices did not begin with sex, and have reflected not just panic, but also optimism about the capacity of identification systems to prevent crime. Historically the results have been modest, but combined since the 1990s with an unprecedented embrace by the American public of harsh punishment, registration and notification laws threaten to transform the practices of criminal justice today." 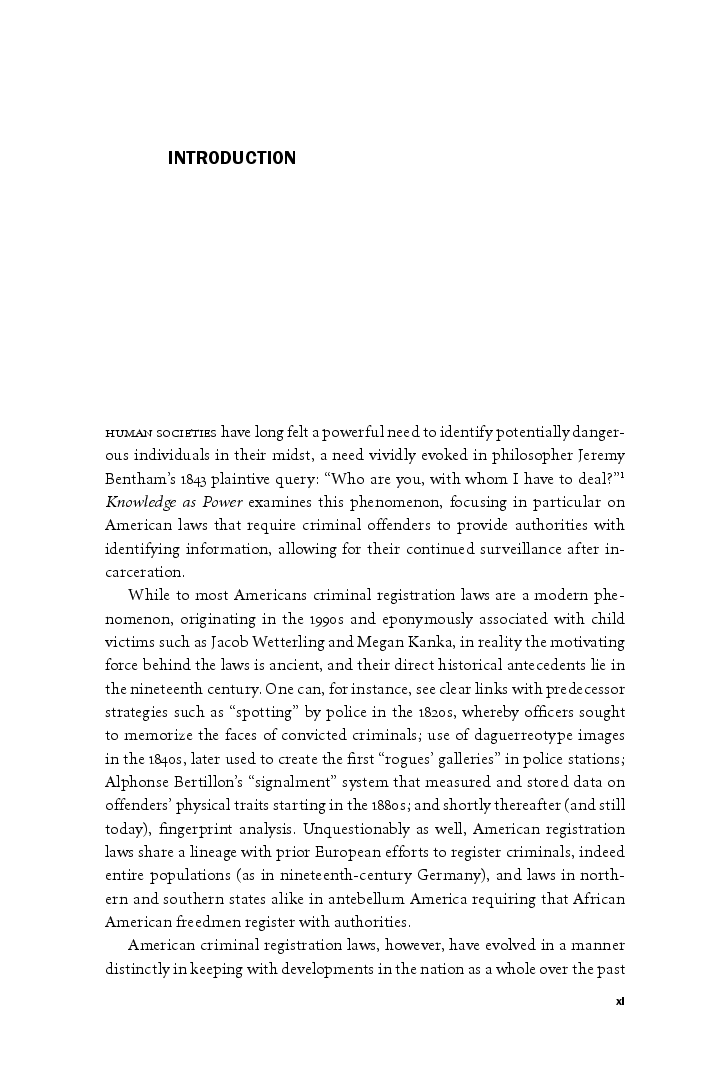 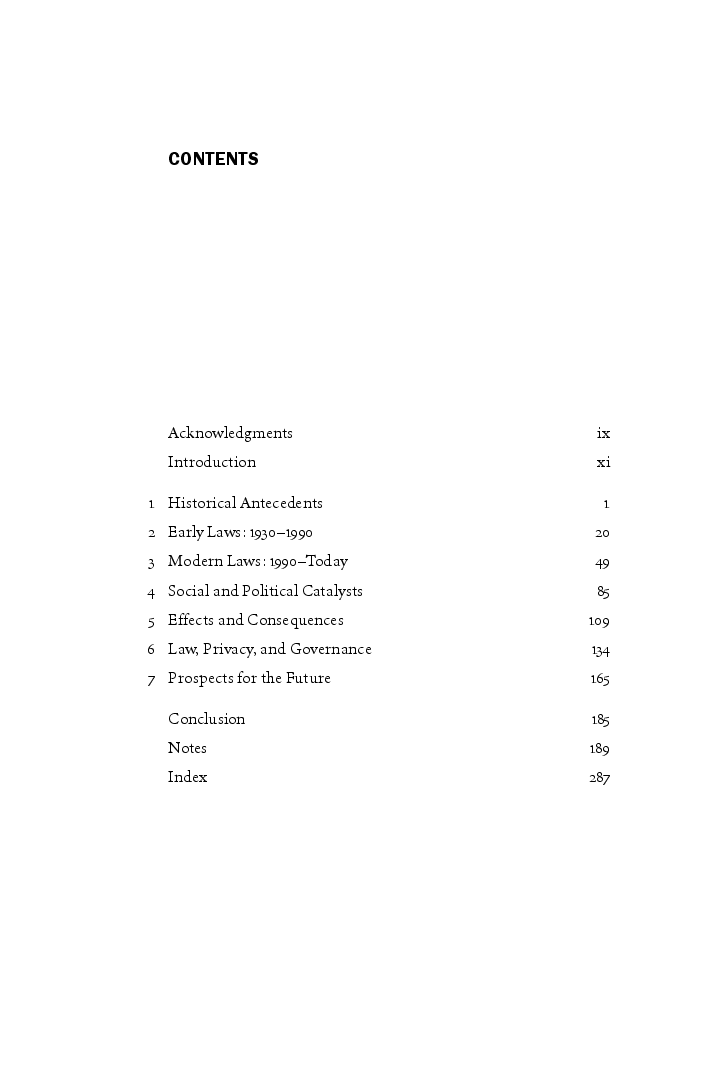