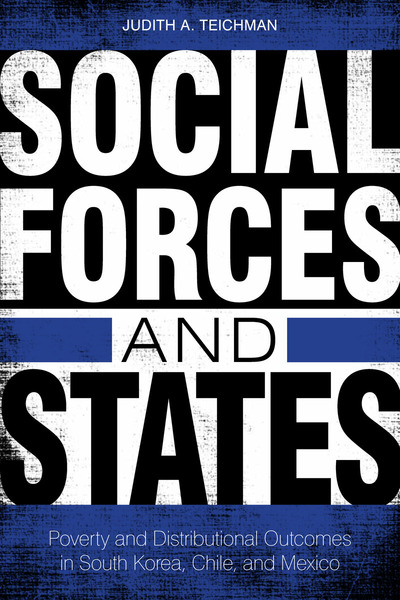 With the failure of market reform to generate sustained growth in many countries of the Global South, poverty reduction has become an urgent moral and political issue in the last several decades. In practice, considerable research shows that high levels of inequality are likely to produce high levels of criminal and political violence. On the road to development, states cannot but grapple with the challenges posed by poverty and wealth distribution.

Social Forces and States explains the reasons behind distinct distributional and poverty outcomes in three countries: South Korea, Chile, and Mexico. South Korea has successfully reduced poverty and has kept inequality low. Chile has reduced poverty but inequality remains high. Mexico has confronted higher levels of poverty and high inequality than either of the other countries. Judith Teichman takes a comparative historical approach, focusing upon the impact of the interaction between social forces and states. Distinct from approaches that explain social well-being through a comparative examination of social welfare regimes, this book probes more deeply, incorporating a careful consideration of how historical contexts and political struggles shaped very different development trajectories, welfare arrangements, and social possibilities.

Judith A. Teichman is Professor of Political Science at the University of Toronto. Most recently, she is co-author of Social Democracy in the Global Periphery: Origins, Challenges, Prospects (2007).

"Three analytic features of the book—at least in combination—distinguish it from these other accounts: a direct focus on social outcomes rather than on social policy; a sustained focus on 'social forces,' or underlying class dynamics rather than on institutions, and particularly democracy; and analysis of how historical sequences condition the causal effect of key variables . . . The strength of Teichman's contribution is in its broad historical and sociological reach."

"The deliberate juxtaposition of Asian and Latin American outcomes under a single, unifying rubric is most appealing . . . Recommended."

"Teichman treats the known economic and political trajectories of Chile, Mexico, and South Korea in a truly original way and provides a compelling explanation of their paths to widely different levels of poverty and inequality. This is a must read for scholars interested in the political economy of development."

"South Korea, Chile, and Mexico form an instructive triangle around which the causes and consequences of poverty and inequality are investigated. In emphasizing the role of key social actors in various historical struggles, Teichman employs a novel analytical lens to understand important human development outcomes."

—Wendy Hunter, The University of Texas at Austin 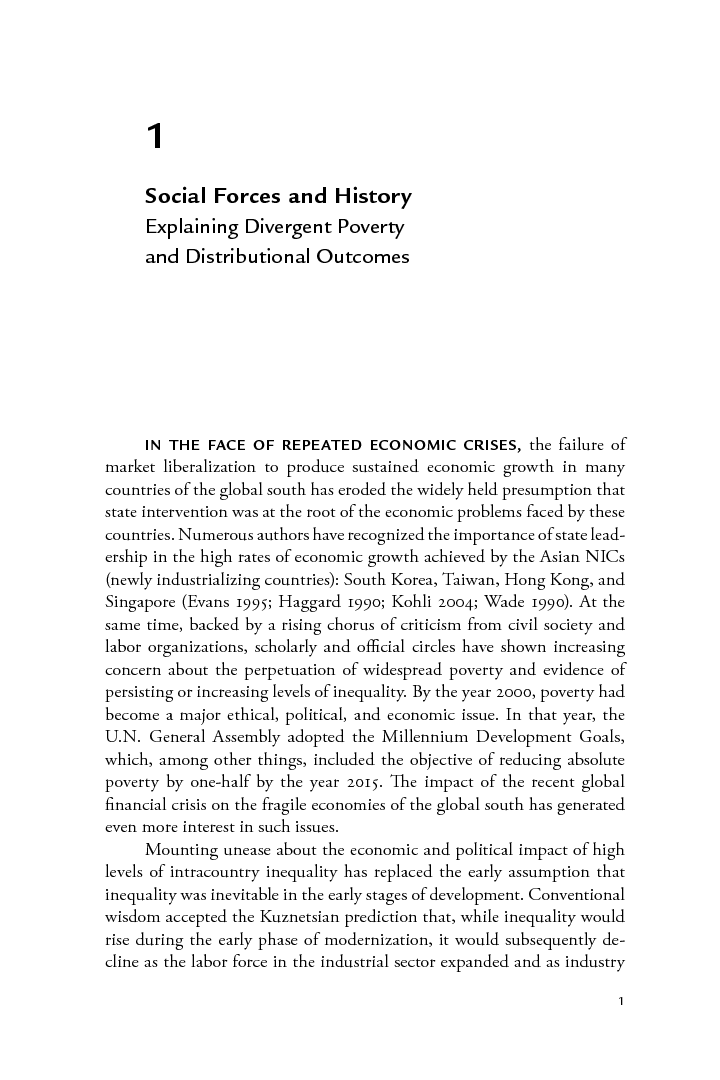 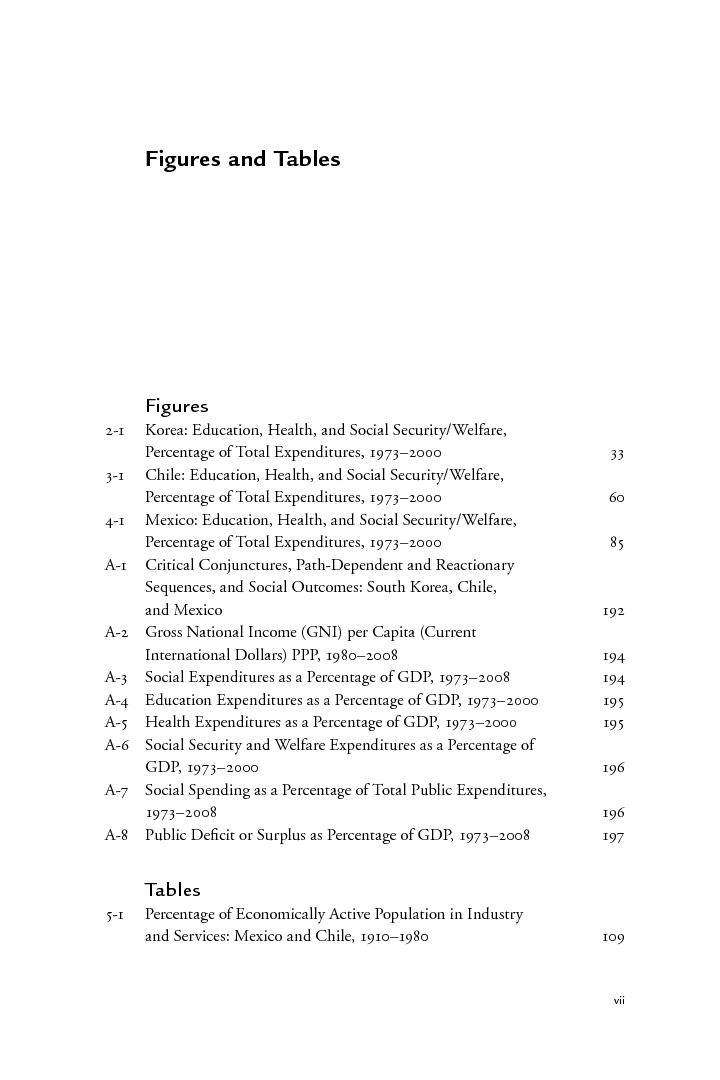 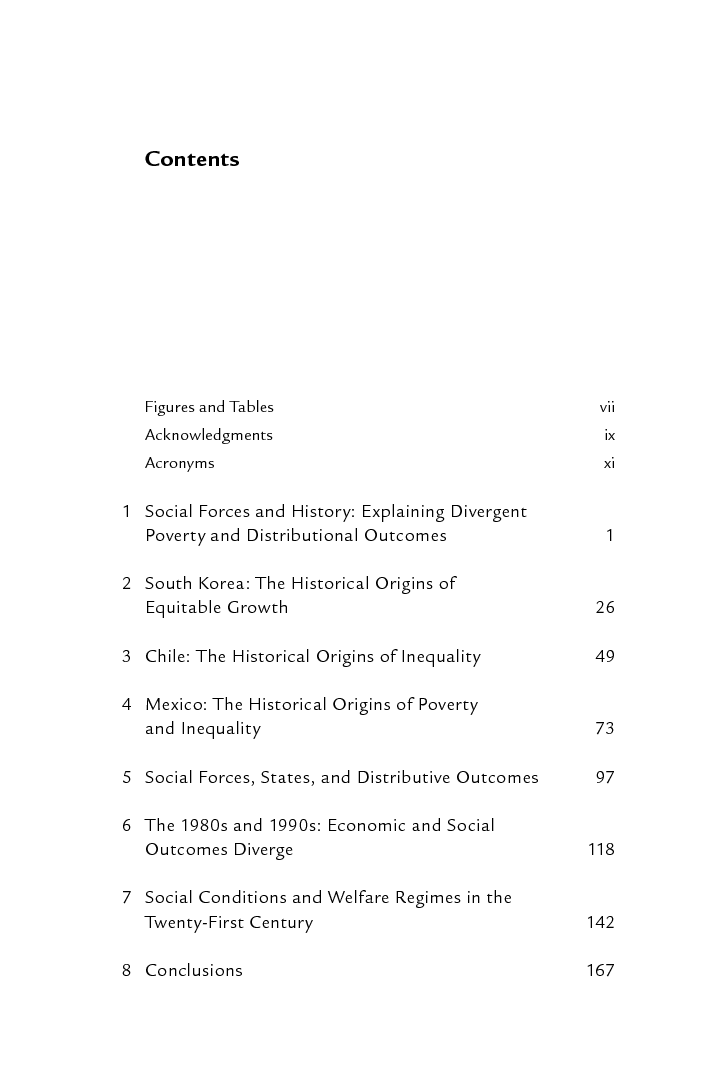