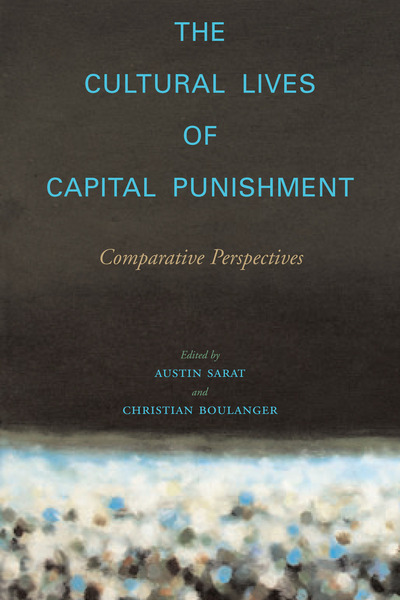 How does the way we think and feel about the world around us affect the existence and administration of the death penalty? What role does capital punishment play in defining our political and cultural identity?

After centuries during which capital punishment was a normal and self-evident part of criminal punishment, it has now taken on a life of its own in various arenas far beyond the limits of the penal sphere. In this volume, the authors argue that in order to understand the death penalty, we need to know more about the "cultural lives"—past and present—of the state’s ultimate sanction.

They undertake this “cultural voyage” comparatively—examining the dynamics of the death penalty in Mexico, the United States, Poland, Kyrgyzstan, India, Israel, Palestine, Japan, China, Singapore, and South Korea—arguing that we need to look beyond the United States to see how capital punishment “lives” or “dies” in the rest of the world, how images of state killing are produced and consumed elsewhere, and how they are reflected, back and forth, in the emerging international judicial and political discourse on the penalty of death and its abolition.

Austin Sarat is William Nelson Cromwell Professor of Jurisprudence and Political Science, Amherst College. He is co-author, with Stuart Scheingold, of Something to Believe In: Politics, Professionalism, and Cause Lawyering (Stanford University Press, 2004). Christian Boulanger is Lecturer at the Otto Suhr Institute for Political

"In fifteen chapters, they [Sarat and Boulanger] take the reader on a capital punishment odyssey through not only the US, but also central and south Asia, the Middle East, Kyrgyzstan, India, Israel, Palestine, Japan, Singapore, and South Korea. In a nutshell, this is a book well worth reading for those interested in exploring cross-cultural treatments of the death penalty." 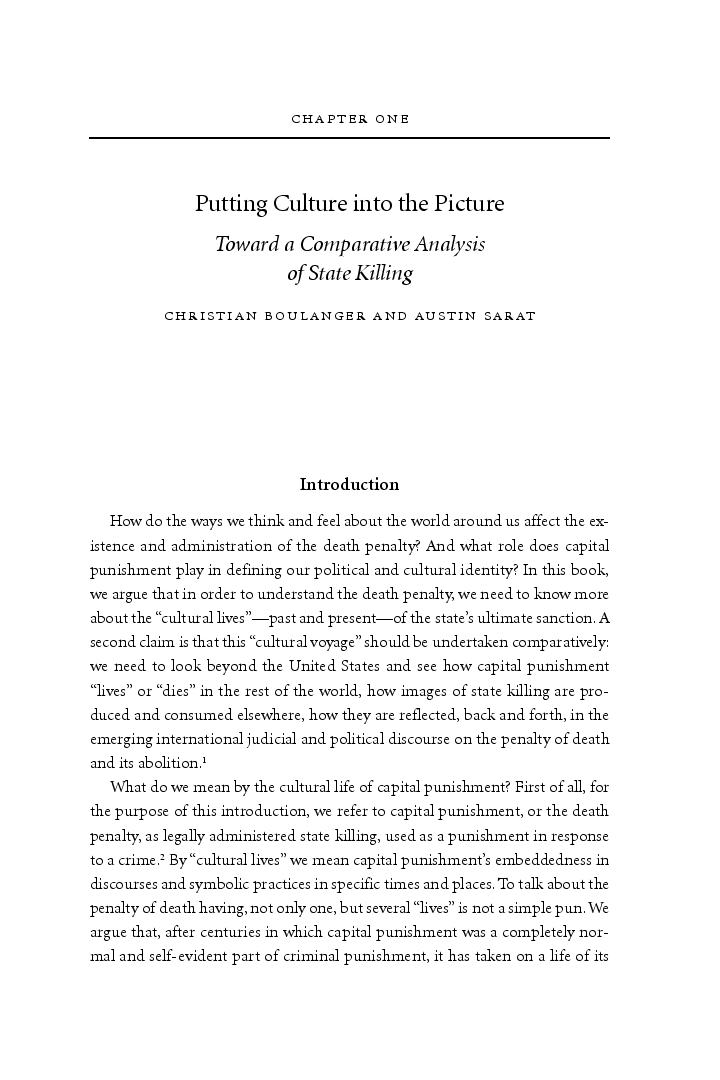